A well defined symmetrical triangle pattern has formed on the four hour AUD/JPY chart. The cross has been in a downtrend since September of 2017. While symmetrical triangles can sometimes mark important trend reversals, more often they are viewed as continuation patterns.

The escalating US/China trade war has been a major factor contributing to the weakness in the Australian dollar. China is Australia’s largest trading partner and any weakness in the world’s second largest economy has an immediate impact on the Aussie. The RBA Minutes released on Tuesday supported the Australian currency, with members expecting 2nd quarter growth to be firmer.

Meanwhile, the safe-haven Japanese Yen has been boosted by the Sino-American trade tensions, as fears rise over a global economic slowdown. Traders now look to the FOMC Meeting Minutes due for release today and the Jackson Hole Fed meeting beginning on Friday, for clues on monetary policy. Currently the market expects at least a quarter-point interest rate cut in September. 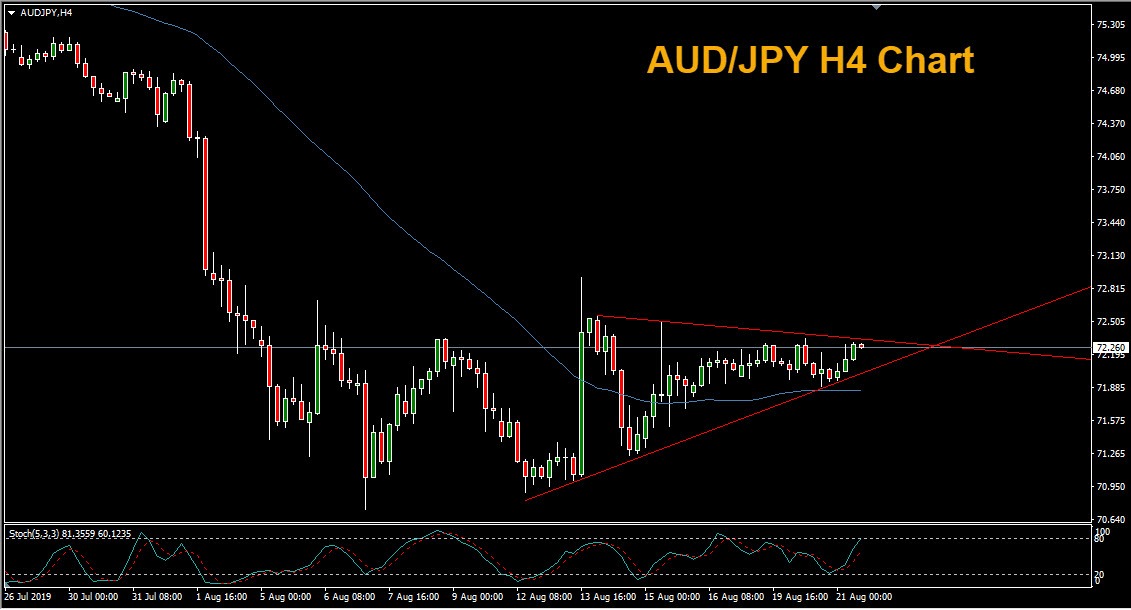