The Swiss franc weakened against the US dollar after the latest interest rate decision by the Swiss National Bank (SNB). The Zurich-based bank left interest rates unchanged at -0.75% and lamented that the Swiss franc was still highly overvalued. Recently, the currency dropped to a 20-month low against the euro. The SNB committed to intervene in the currency market to devalue the CHF. In 2020, the bank spent more than $117 billion to intervene, the largest increase since 2012. It reiterated that it expects the economy to increase by between 2.5% and 3% this year.

The US dollar rose against most developed world peers including the euro and sterling as the market reacted to the final US GDP data. According to the country’s statistics office, the overall GDP expanded by 4.3% in the fourth quarter after rising by 33.4% in the third quarter. This performance was mostly because of the robust personal spending and high fixed asset investments. Analysts expect the economy will continue rebounding this year because of the falling number of infections and the recent stimulus packages. Meanwhile, data showed that more than 684k people filed for initial jobless claims last week.

The price of crude oil remained stable as the market watched on as The Ever Given, a Japanese container vessel, ran aground blocking access through the Suez Canal. The giant ship, one of the largest in the world, was carrying goods from China to Rotterdam. Analysts are expecting that the stranded ship will affect the flow of oil from the Middle East. The price is also rising because of the relatively strong manufacturing PMI numbers that were published yesterday by Markit. The numbers revealed that the manufacturing sector is rebounding in most countries like the United States and Europe.

The USD/CHF has been in a strong upward trend after it dropped to 0.8760 in January this year. The pair rose today and is at the previous year-to-date high at 0.0.9374. On the daily chart, it has moved above the 25-day and 15-day moving averages. It is also at the same level as the upper side of the Bollinger Bands while the Relative Strengh Index (RSI) has started to decline. Still, after the breakout today, the pair may keep rising as bulls target the next key resistance at 0.9500. 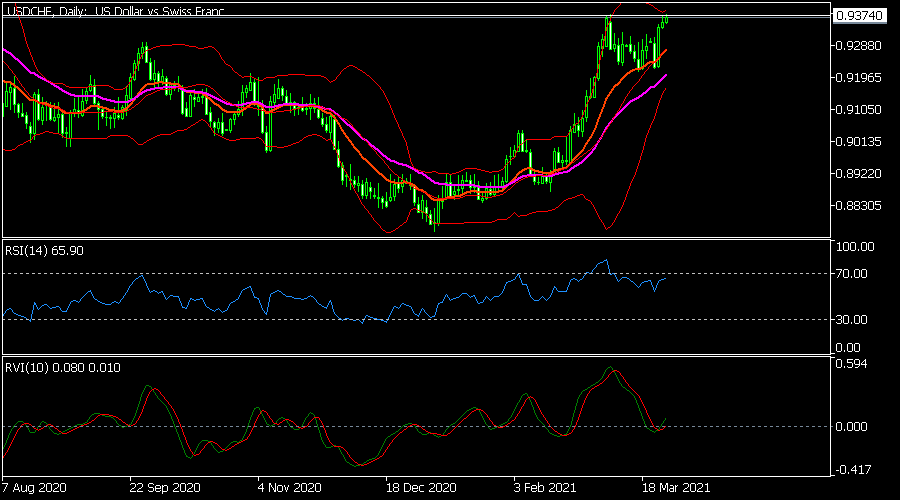 The EUR/USD declined to a multi-month low of 1.1800. This price was slightly below the important support at 1.1830, which was the previous YTD low. The pair also moved below the short and longer term moving averages while oscillators like the Relative Strength Index (RSI) and MACD have also declined. Therefore, the pair may keep falling, with the next key support being at 1.1750. 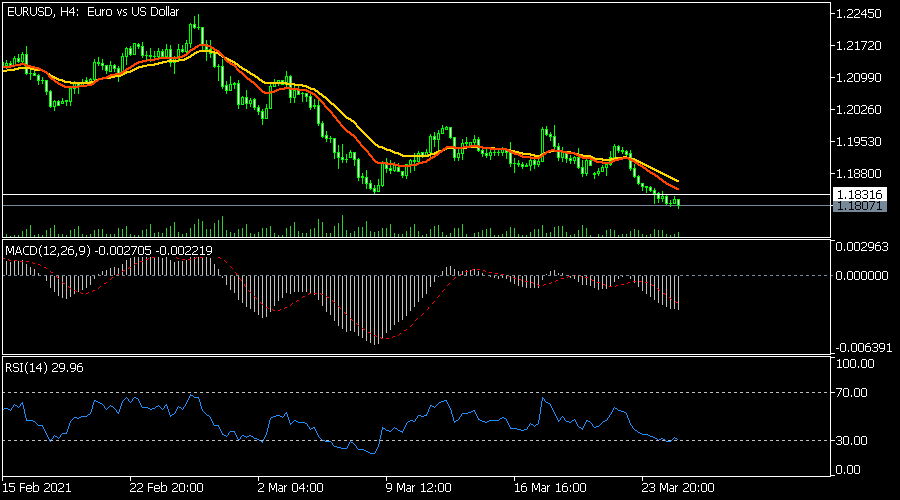 The NZD/USD pair declined to 0.6966 because of the overall strong US dollar. On the four-hour chart, the price is below the short and longer term moving averages while the MACD has moved below the neutral level. The pair also seems to be forming a small bearish pennant pattern. Therefore, it may resume the downward trend as the market targets the next support at 0.6900. 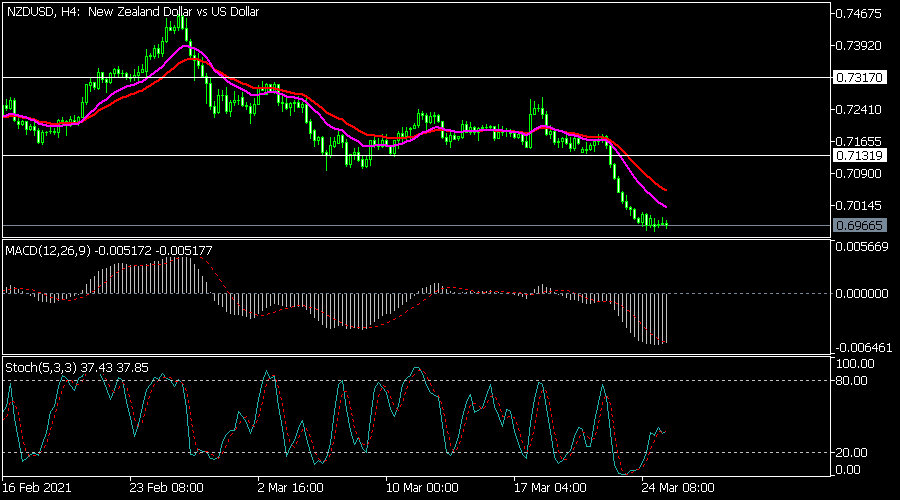