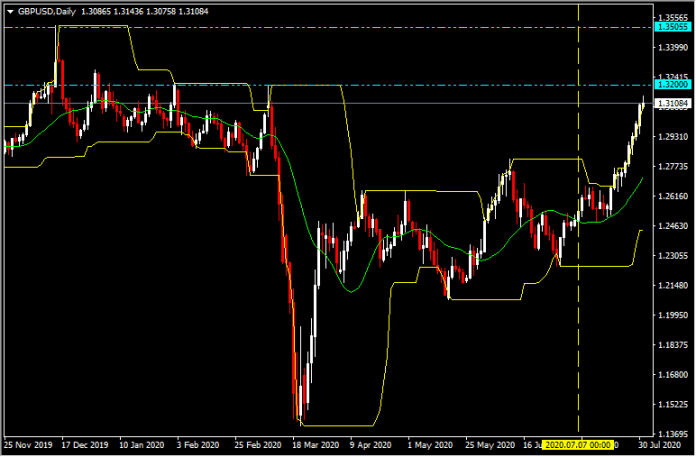 Cable has pinned a new five-month peak at 1.3145. The pair is now firmly back in pre-lockdown territory. The UK currency still registers as the weakest of the main currencies on the year-to-date, and by some distance in trade-weighted terms, while recent dollar underperformance has been somewhat flattering the Pound. Nevertheless, there are some convincing bullish arguments in market narratives. One is the pick-up in the pace of economic recovery in the UK, as evidenced by the much stronger than forecast preliminary July PMI data and improvement in the CBI’s July distributive sales report, which flagged a near full recovery in the retail sector, with sales in upcoming months seen at near seasonal norms. There have also been signs that have led markets to factor in improved odds for an EU-UK trade deal, with a number of sourced press reports suggesting that discussions are going better than the official line suggests. However, the Government’s handling of the pandemic has been coming under daily scrutiny and last night’s sudden announcement of restrictions and lock-downs in parts of northern England only added to the uncertainty. 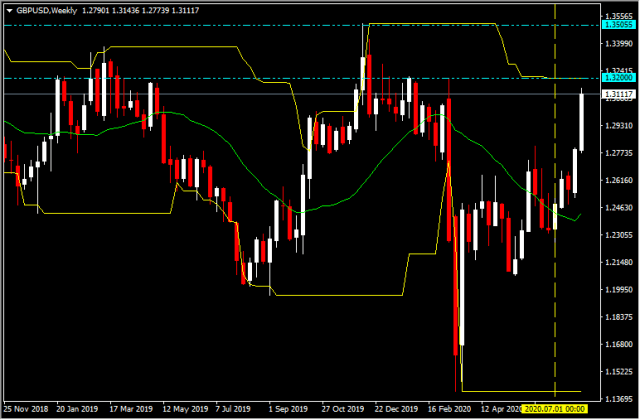 Technically, Cable breached the key 20-day simple moving average on July 7 and has rallied significantly over the last 11 trading days, posting consecutive gains each day. The next Donchian Channel top is 1.3200 and then 1.3500. The 200-day moving average sits way below at 1.2688 and the RSI has breached into the 80s this week into overbought territory.