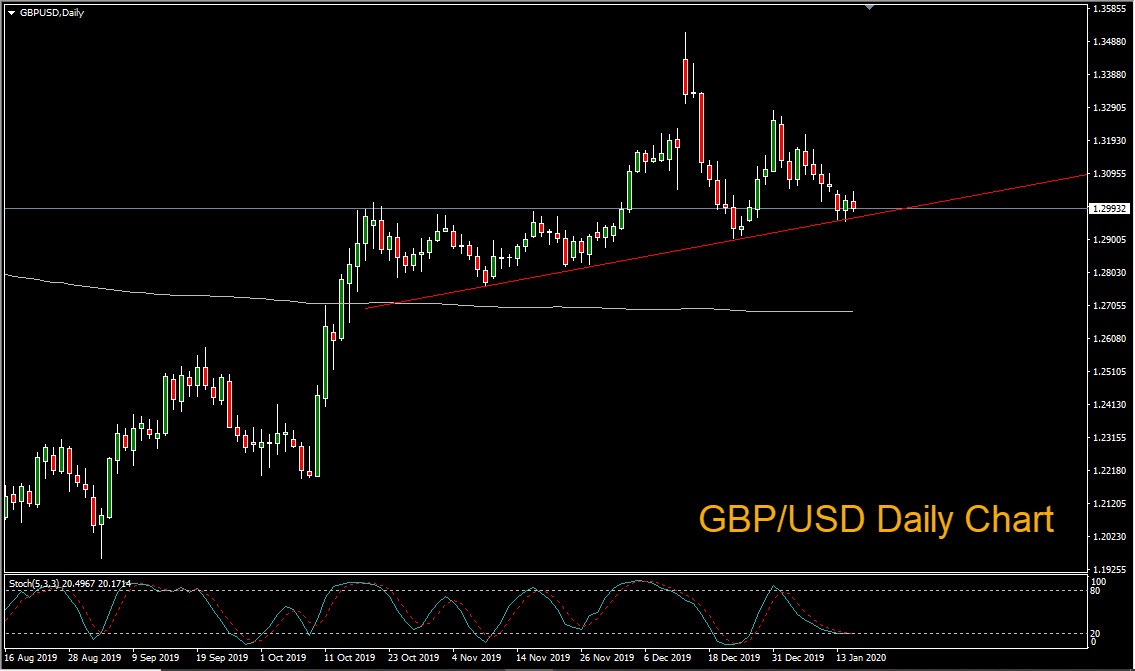 GBP/USD fell back below the major psychological level of 1.30 in early Wednesday trading, after the UK Office for National Statistics reported that inflation unexpectedly fell to a more than three-year low in December. CPI inflation slowed to 1.3% in December, from 1.5% in November, raising expectations that the Bank of England (BOE) will cut interest rates later in January.

The news comes after recent comments from BOE officials indicating a willingness to cut interest rates in the wake of disappointing economic data. BOE governor Mark Carney said on Thursday that policy makers were prepared to take action if economic weakness persists. At a BOE event on inflation targeting, he stated: “With the relatively limited space to cut Bank Rate, if evidence builds that the weakness in activity could persist, risk management considerations would favour a relatively prompt response.”

The dovish outlook was underscored on Monday, after Monetary Policy Committee (MPC) member Gertjan Vlieghe told the Financial Times that he would consider voting for a rate cut based on economic performance. The CME BoEWatch Tool currently shows that the probability of a quarter point rate cut has risen to 47%. The current target rate is 0.75%.

The UK is scheduled to leave the European Union on January 31st. Then a transition period begins, during which the UK will keep access to European Union markets at least until the end of the year while a trade deal is negotiated. The new European Commission president Ursula von der Leyen has warned it would be impossible to strike a comprehensive trade deal by the end of 2020.

Looking at the GBP/USD daily chart we can see that price is currently holding above trendline support. Further potential support lies below at the 50% retracement level of 1.2864. Investors now look ahead to the retail sales figures due for release on Friday for further clues on the health of the UK economy.