The British pound erased earlier losses after the Office of National Statistics (ONS) published the UK employment numbers. The data showed that the country’s unemployment rate rose from 4.9% in October to 5.0% in December. This figure was better than the expected increase to 5.1%. The average earnings index plus bonus increased from 2.8% to 3.6% and from 2.8% to 3.6% without the bonus. This happened as more employers increased salaries to their staff. Meanwhile, in December, the number of people making claims rose by 88,000, which was better than the expected 100k. Still, the number of jobless people will likely increase in the near term. For example, the latest acquisition of Debenham’s and Topshop’s online platforms will lead to more than 18,000 layoffs.

Global stocks were mixed ahead of key corporate earnings from the United States. In Europe, the FTSE 100, DAX 30 and CAC 40 rose by more than 0.50 while in Asia, the Hang Seng and Nikkei 225 indices declined. In the United States, futures tied to the Dow Jones and S&P 500 are pointing lower. Later today, companies like General Electric, Raytheon, and American Express will publish their results. They will be followed by tech giants like Apple, Tesla, and Facebook later this week. Stocks are also wavering after a group of bipartisan Senators appeared to oppose the $1.9 trillion stimulus package suggested by Joe Biden.

The US dollar index rose today as the Federal Reserve started its first interest rate decision of the year. According to its previous forward guidance, the bank will leave its interest rate and quantitative easing policies unchanged. Still, its language and the dot plot will likely set the tone for the future monetary policy meetings. The dollar will later today react to the house price index and the Conference Board Consumer Confidence data

The GBP/USD declined to an intraday low of 1.3610 and then pared-back those gains after the UK jobs numbers. That level was along the ascending trendline that connects the lowest levels since December. It is also at the same level as the 15-day and 25-day weighted moving averages while the Stochastic oscillator has started to rise. Therefore, the bullish trend will continue so long as the price is above the ascending trendline. 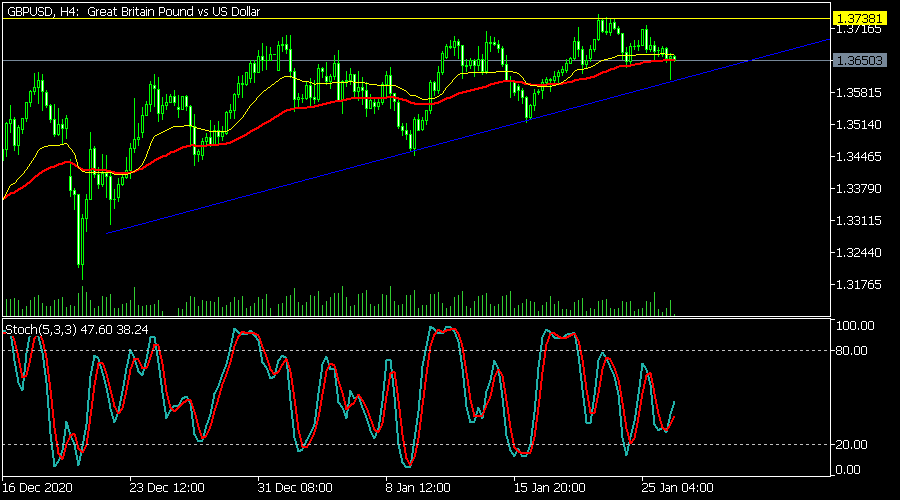 The EUR/USD pair is wavering ahead of the Fed decision. It declined to an intraday low of 1.2100 and then pared-back some of those losses. It is now trading at 1.2125, which is at the same level as the 25-day EMA. On the four-hour chart, the price is below the important double-top at 1.2190 while the Relative Strength Index (RSI) has moved above the oversold level. Therefore, the pair will likely continue wavering ahead of the FOMC decision. 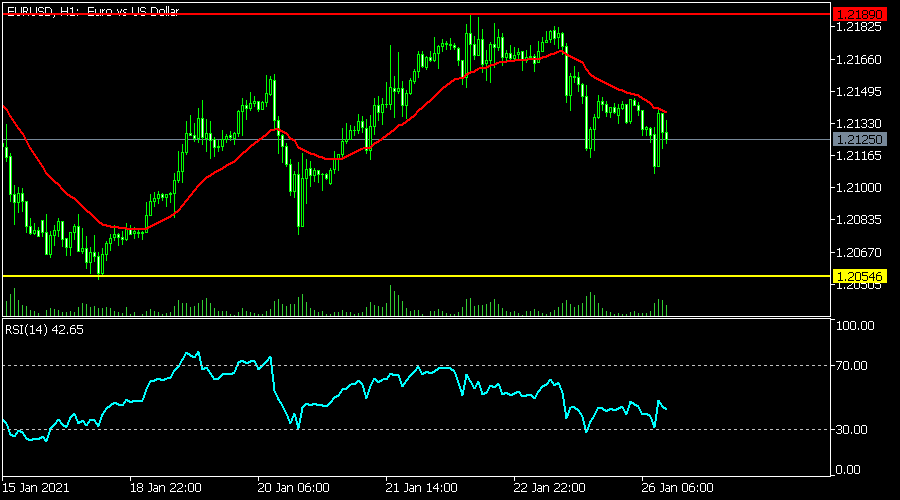 The price of the West Texas Intermediate (WTI) rose slightly ahead of the US inventories numbers. It is trading at 52.87, which is slightly below the year-to-date high of 53.88. On the four-hour chart, the price is at the same level as the 25-day EMA while the Average True Range (ATR) and the Relative Strength Index (RSI) have continued to rise. The pair will likely remain at the current range even after the API inventories numbers. 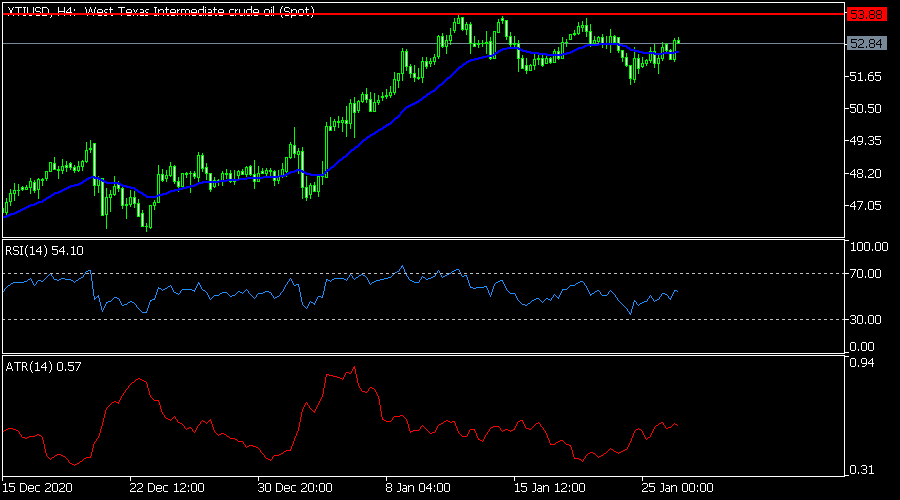