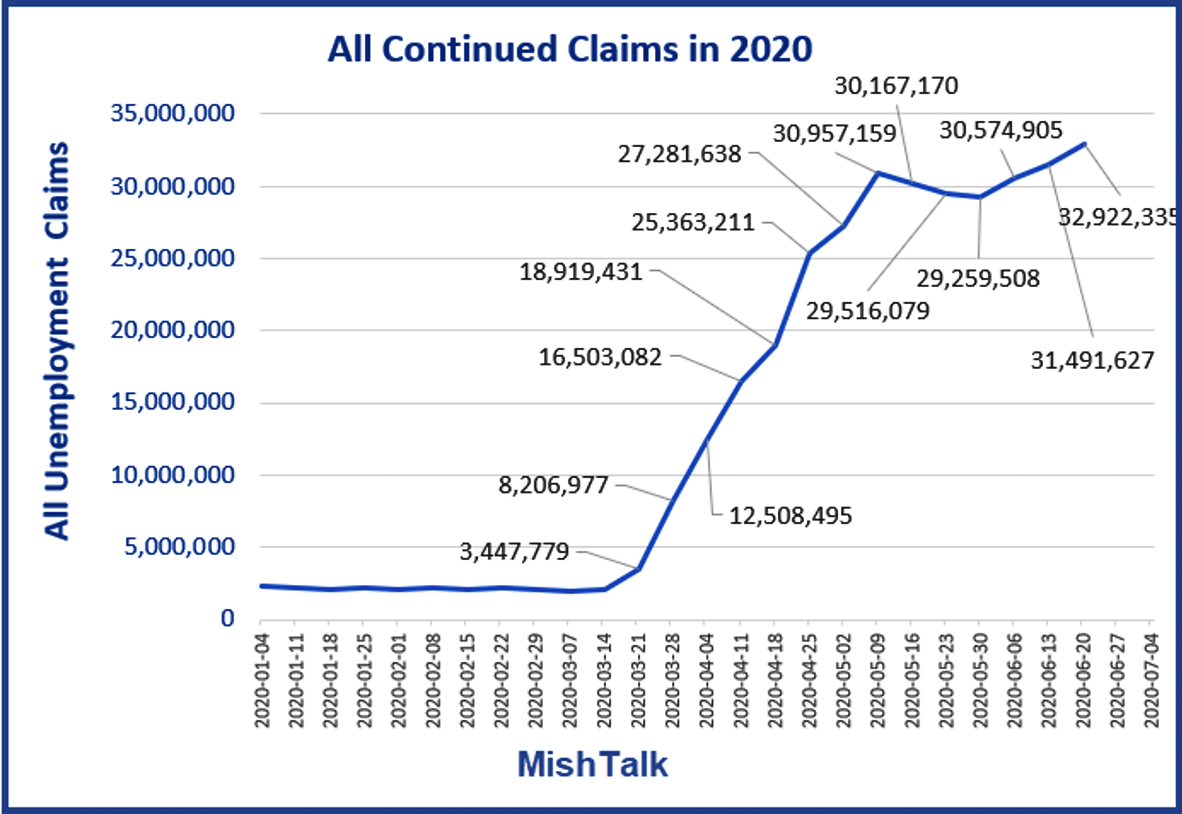 Unemployment claims at the state level declined to the 18 million mark but all claims jumped to over 34 million.

Based on Pandemic Unemployment Assistance, admittedly lagging, there is little or no improvement in the number of unemployed.

My "All Continued Claims" chart is the sum of state claims, federal claims, and various pandemic unemployment assistance (PUA) claims. 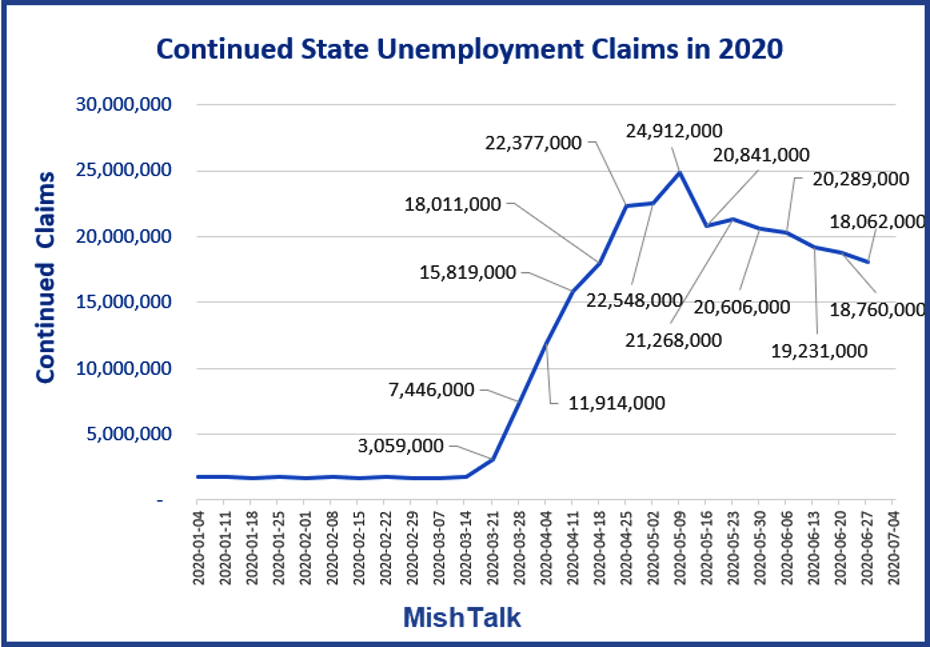 Based on trends in PUA claims any improvement may be a mirage. 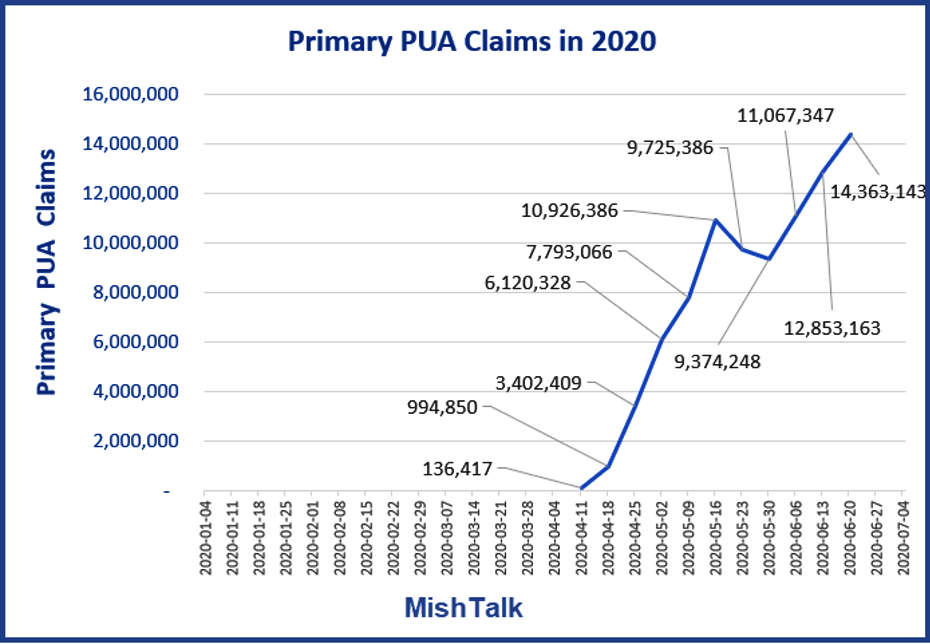 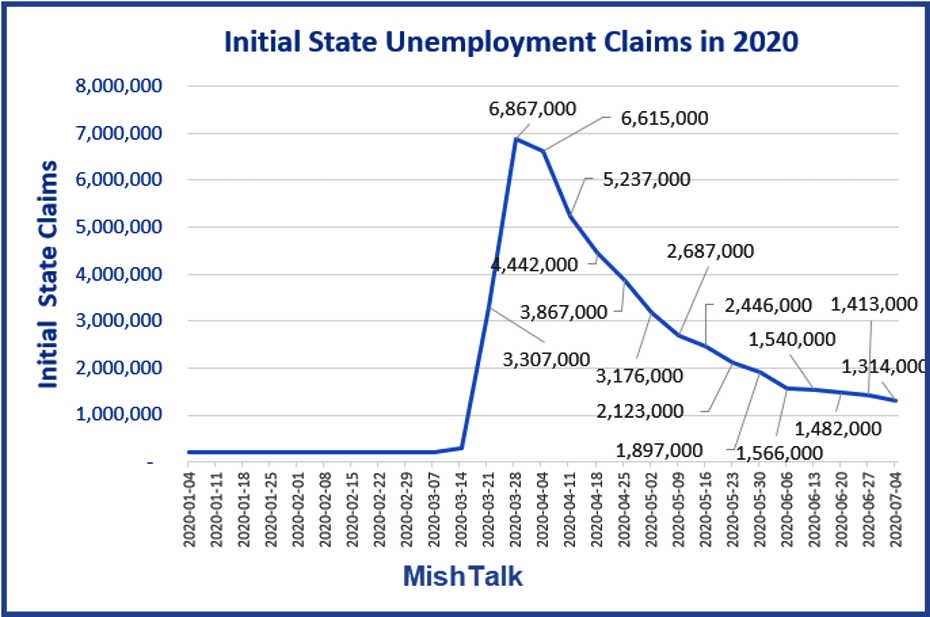 The number of initial claims is down from the pandemic surge but is very elevated historically.

People must first file at the state level but some do not qualify. And some who did qualify exhausted state benefits and now need to apply for PUA.

Not a pretty picture

The trends suggest the unemployment picture is not improving much. Instead, people who qualified at the state level now need PUA assistance.

Add it up and there are 20 to 30 million people unemployed.

Fewer people pay their rent on time in July

That Fewer People Pay Their Rent on Time in July suggests more people are struggling.

United warns it may cut 36,000 employees

Factor in United Warns It May Cut 36,000 Employees. All the airlines are in the same boat.

In general, state reopenings are in reverse and that will slow if not reverse some labor gains.

If you are looking for a nonsensical claim, here you go Trump Claims to Have Saved 51 Million Jobs