The S&P 500 index broke below its early December low. Are we in a new bear market or is this still just a downward correction?

The broad stock market index lost 1.10% on Thursday following its Wednesday decline of around 1%. The S&P 500 index fell below the 4,500 level and it was the lowest since mid-October. Investors reacted to quarterly earnings releases and further Russia-Ukraine tensions. Late December – early January consolidation along the 4,800 level was a topping pattern and the index retraced all of its December’s record-breaking advance. This morning the market is expected to open 0.4% lower and it will most likely extend the downtrend. 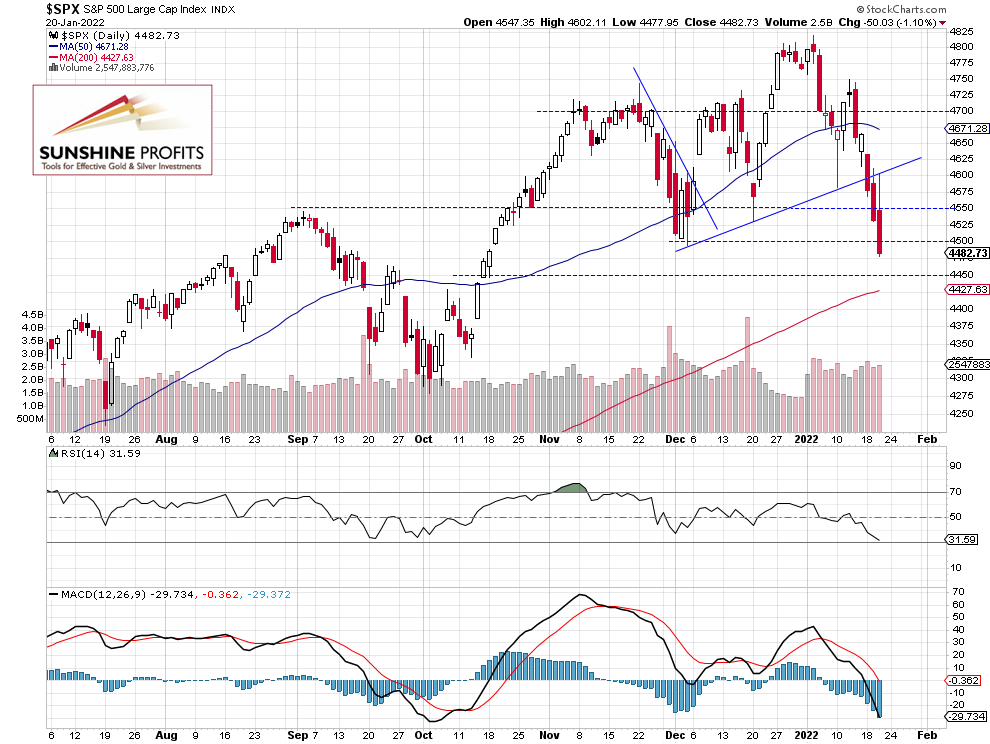 Let’s take a look at the hourly chart of the S&P 500 futures contract. The market broke below its previous local lows along the 4,520 level. There was a chance that entering a long position would be justified here, but any short-term bullish scenario seems invalidated now. On the other hand, it may be too late to enter a short position right now, because of some clear technical oversold conditions. 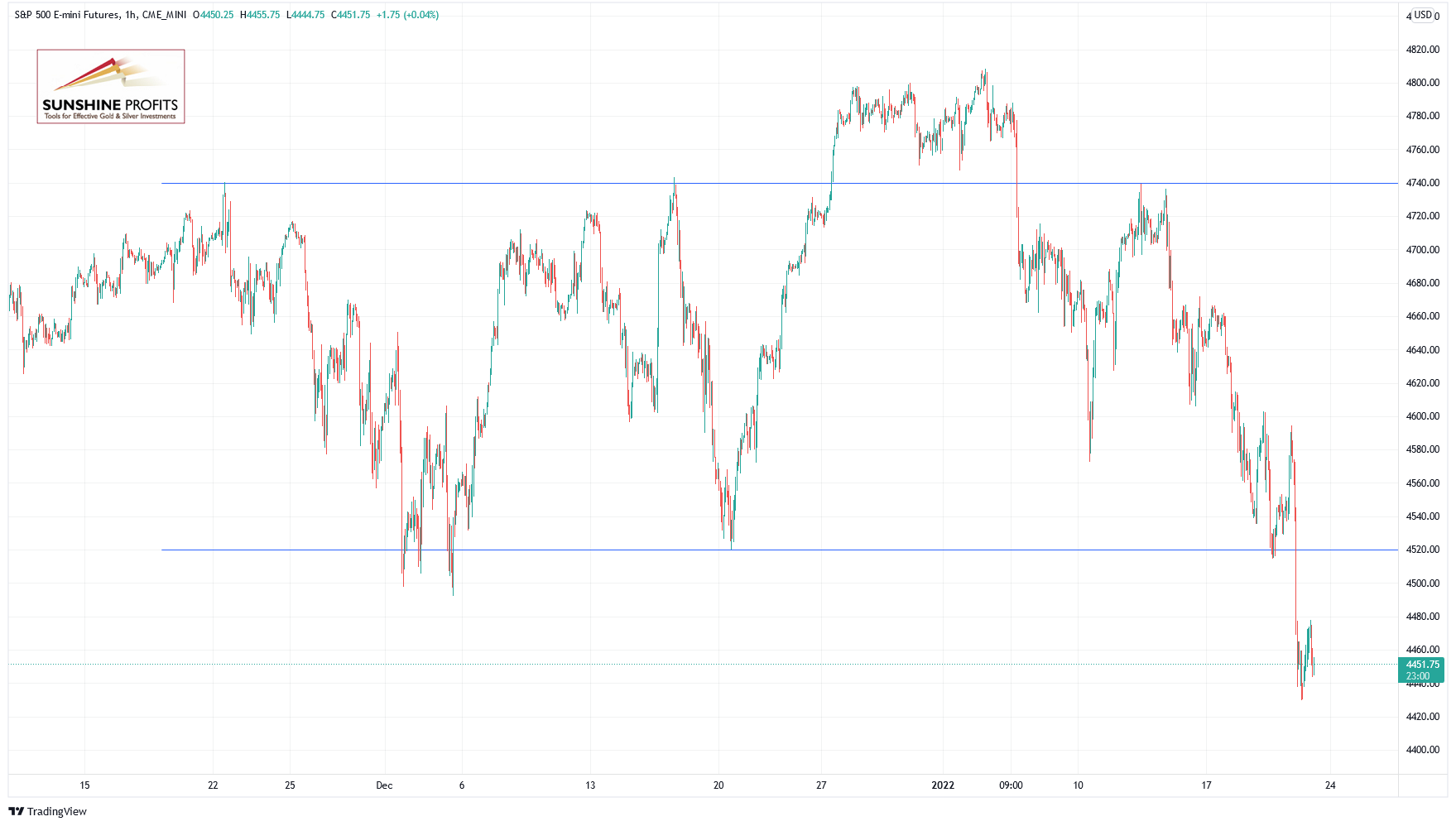 The S&P 500 index is expected to open 0.4% lower this morning, so it will likely extend a short-term downtrend. We may see another intraday rebound, but there have been no confirmed positive signals so far. Yesterday we’ve seen a convincing rally, but it failed and the market sold off to new lows. The coming quarterly earnings releases (next week we’ll have MSFT, AAPL, TSLA among others) remain a bullish factor for stocks, but there is still a lot of uncertainty concerning Russia-Ukraine tensions