So long – better said (as if it did apply in the first place). If June FOMC showed us anything, it was the power of (cheap) talk. We‘ve gone a long way since inflation‘s (getting out of hand) existence was acknowledged – yesterday, we were treated to very aggressive $10-15bn a month taper plans, cushioned with the may be appropriate“ and Nov time designations. Coupled with the few and far away rate hikes on the dot plot, something fishy appears going on.

While the real economy recovery progress has been acknowledged (how does that tie in with GDP downgrades and other macroeconomic realities I raised in yesterday‘s extensive analysis?), I think that the bar is being set a bit too high.

Almost as if to give a (valid) reason for why not to taper right next. And the theater of taper on-off could go on, otherwise called jawboning, as markets reaction to this fragile phase of the economic recovery (marked by increasing deflationary undercurrents as shown by declining Treasury yields and contagion risks – make no mistake, Evergrande is the tip of the iceberg, real estate has been heating up over the last 1+ year around the world, and in the U.S. we have BlackRock mopping up residential real estate supply, underpinning high real estate prices especially when measured against income). Don‘t forget the weak non-farm payrolls either when it comes to the list of excuses to choose from.

At the same time, we have not been entertained by the debt ceiling drama nearly enough yet. Right, the Fed is projecting the aura of independence, which made a Sep decision all the more unlikely. And who says we‘re short of drama these days?

So, S&P 500 looks seeing through the Fed fog, but don‘t forget about the historical tendency to fade the first day (FOMC day) move during the next 1-2 days. So, I‘m looking for a certain paring off of yesterday‘s upswing in both paper and real assets. And that includes backing and filling in both commodities, precious metals, and cryptos.

Let‘s move right into the charts 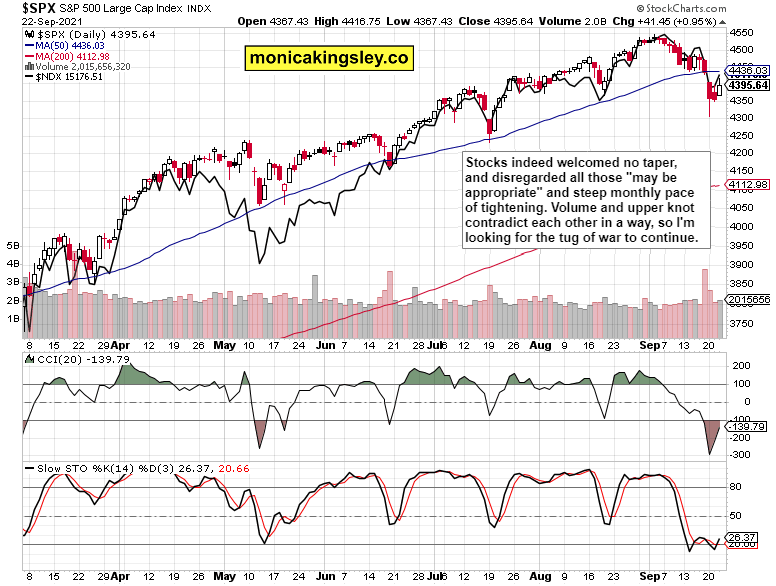 The bulls are on the move, running into headwinds though – more intraday hesitation (inan overall up day with a notable upper knot) is expected.

High yield corporate bonds again merely kept opening gains – there is still hesitation, but the bullish spirits are ever so slowly returning.

Gold was still stunned by the taper plans presented, and miners are bidding their time. We haven‘t turned the corner yet. 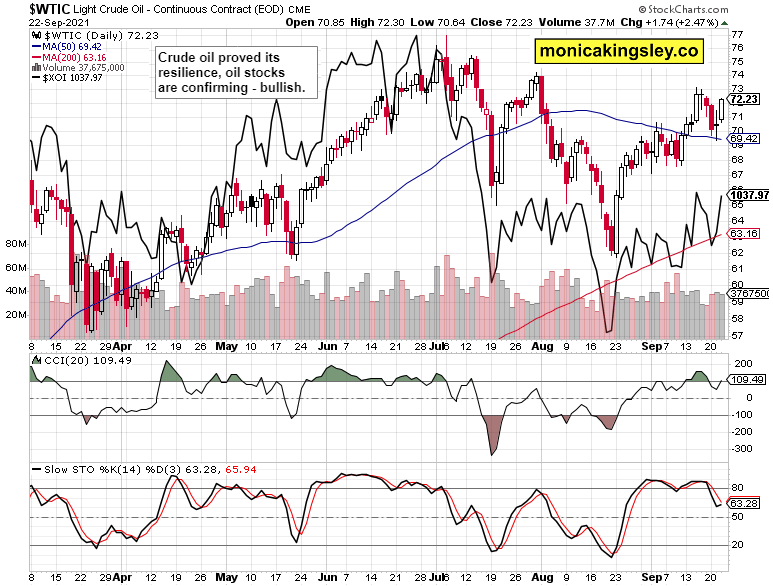 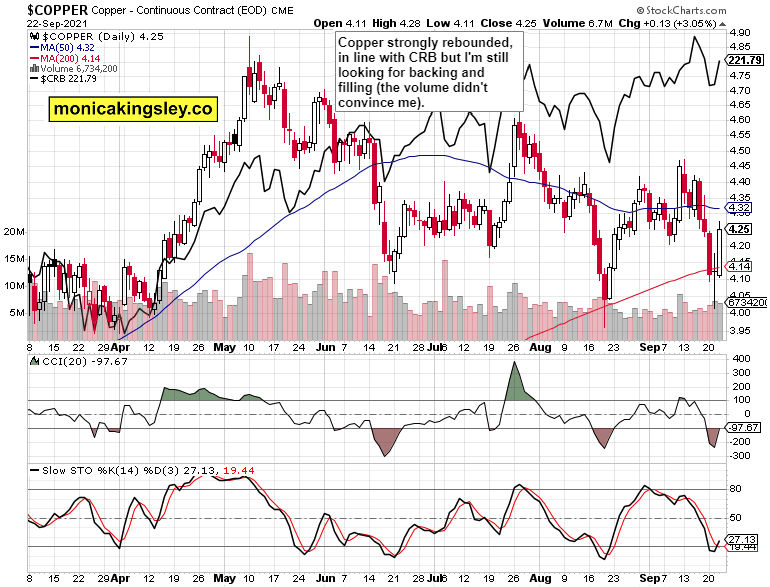 Copper didn‘t really hesitate – the red metal produced another wild upswing, but the volume and base is lacking, and might take a moment to establish itself. 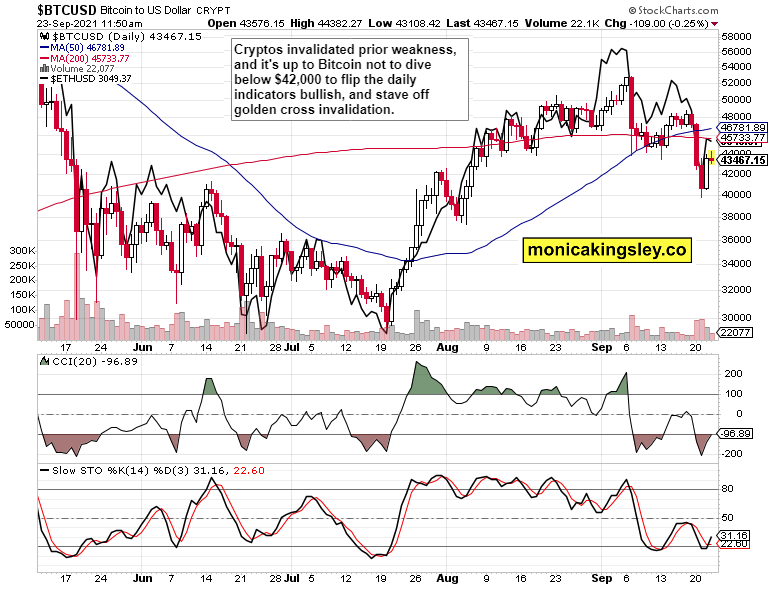 Bitcoin and Ethereum rebounded, but the volume could have been larger – what was amiss there, could be compensated by prices hanging above at least the midpoint of yesterday‘s white candle.

The balance of power is shifting to the bulls, who are about to face a retracement attempt of yesterday‘s upswing, however. The degree of its mildness would hint at what to expect next – crucially, the dollar is getting the Fed (not a hawk) message, which would serve to cushion any hiccups taking markets lower over the nearest days.