As expected the SNB decided to maintain its expansionary policy, with the deposit rate still at -0.75% and the range for three months Libor at -1.25% to -0.25%. The central bank also reiterated that it will “remain active in the foreign exchange market as necessary while taking the overall currency situation into consideration”. The central bank said the “currency remains highly valued”, adding that while the Swiss franc initially depreciated since the March assessment, there recently has been a counter-movement particularly against the euro triggered by political uncertainty in Italy.

Overall the “situation on the foreign exchange market thus remains fragile, and the negative interest rate” and the SNB’s “willingness to intervene in the foreign exchange market as necessary therefore remain essential”. The new inflation forecast for the coming quarters is slightly higher than in March, largely thanks to higher oil prices. From the mid-2019 the new forecast is lower than at the time of the previous assessment, “mainly due to the muted outlook in the euro area”. The SNB sees the risks to the baseline scenario “more to the downside”. At the same time the bank noted that “imbalances on local “mortgage and real estate markets persist”, warning that “particularly in the residential investment property segment, there is the risk of a correction due to the strong increase in prices in recent years.

EURCHF ran into sellers at 1.1498 early in the session, following SNB Rate Decision. In the wider picture, EURCHF has been seen in a sharp decline since April, managing to recover nearly 45% of the losses the first 2 weeks of June. However, it slipped again on June 14 within the lower Daily Bollinger Bands pattern after failing for 7 consecutive days to break the long-term Resistance at 200-DAY SMA, at 1.1650.The slip back below 1.1600 area on June 14 following the ECB news, along with a dovish sounding Draghi, signalled that the pair remains in sell the rally mode.

The pairing is currently trading below S2, at 1.1483, with next immediate support levels coming at the edge of the Daily Bollinger Band and S3, at 1.1460. Today’s move consider to be important, as if the pair holds below the round 1.1500 level, then this opens the way to June’s low at 1.1400 or further down to May’s low at 1.1370. The momentum indicators are also leading the market lower. The RSI remains below neutral for 27 consecutive days and currently looking lower, wilst the MACD lines are also in decline.

The hourly chart shows the same negative momentum configuration, with a run of lower lows and extension on the lower Bollinger bands patterb, meaning that there is a band of support at 1.1480.  A failure of the bull to hold this support zone, would confirm the continuation of the negative outlook once more.

It would need a return back above 1.1507-1.1520 area in the hourly chart, for a more positive outlook in short-term. Also in the long-term, only a decisive break above 200-DAY SMA would be required. 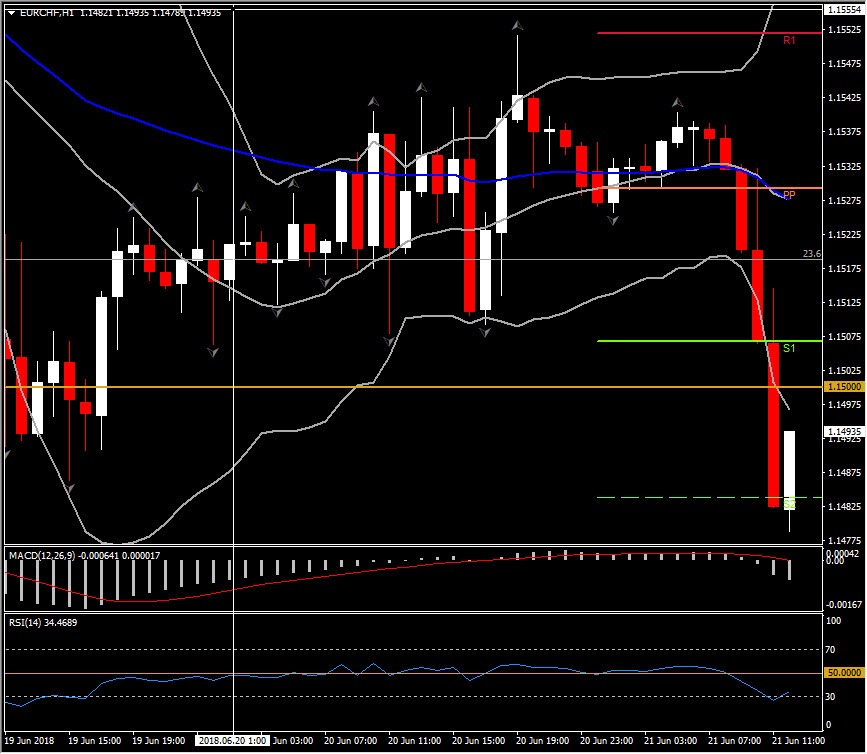 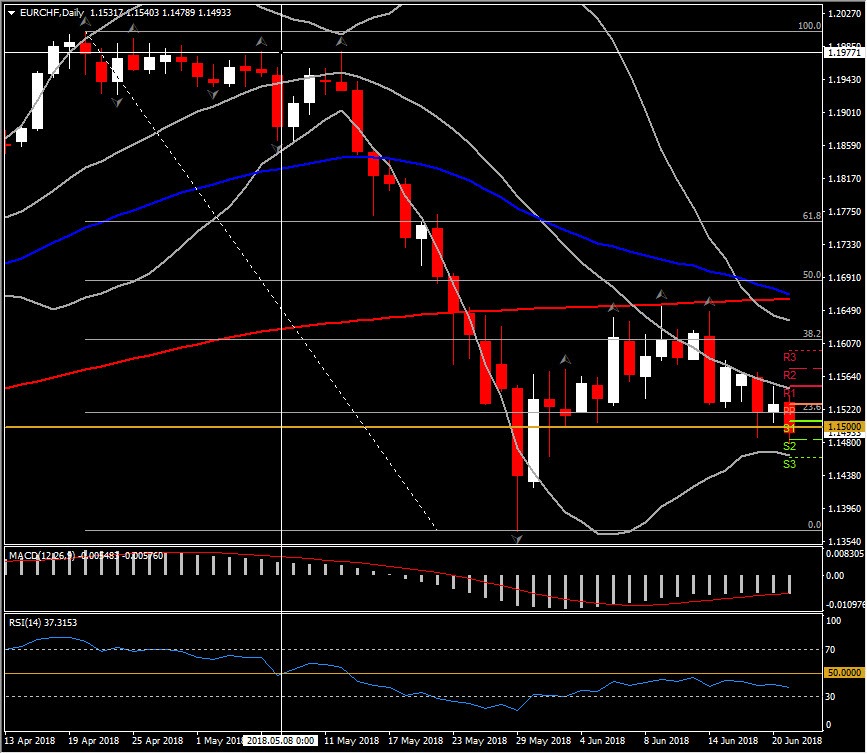 AUD/USD has been in the hands of the bears all the way to a critical support area and the focus now is on the correction pertaining to the USD. The focus is now on whether the US dollar gives back some ground before completing a 5-wave technical move to the upside.

Gold prices have deteriorated in the US dollar's relentless comeback as investors move away from stocks. The price of the dollar is correlated to gold, so it stands to reason that if the dollar is about to tail off its gains, then gold should find reprieve.

USD/JPY is stalling at market structure and bears and looking for opportunity to the downside. Bulls might have some upside to go yet, but the air will be getting thinner in those heights.

WTI fades the drop to sub-$39.30 levels for the third consecutive day. The repeated bear failure may entice buyers and yield a bounce. However, Sept. 18 high remains a level to beat for the bulls.

Investors continued to sell euros on Wednesday, driving the currency to its weakest level since July. Europe’s greatest fear is materializing with the number of coronavirus cases exceeding 5 million. As we indicated at the start of the week, stricter restrictions are on their way.