Equity markets got a boost on Tuesday after news emerged that the Trump administration was delaying the tariffs on some Chinese products until December this year.

The Washington administration also cut down on the items that were to face new tariffs from next month. National security, health and safety concerns were cited as the reason behind the move. The news helped to push the US dollar higher on the day.

The euro eased back as the greenback rose on the day. But overall the common currency remains trading flat. Economic data from the eurozone confirmed that Germany’s final inflation figures rose 0.5% on the month. This was inline with the preliminary/flash CPI estimates.

EURUSD has been trading within the established corridor of 1.1250 and 1.1185. The tight range has led to a consolidation, which could see a breakout in the short term. The bias remains mixed at the moment. To the downside, the lower support at 1.1140 remains the key price level, while to the upside, EURUSD will need to break past 1.1250 in order to confirm the upside to 1.1340. 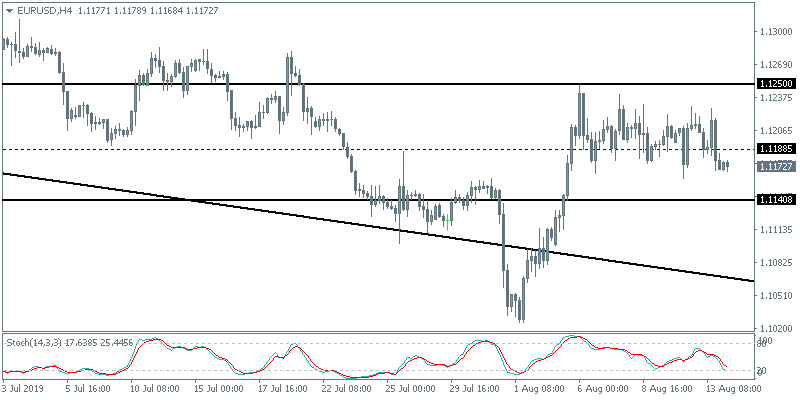 The pound sterling traded flat on a day that included the monthly jobs report data. Official data from the UK’s Office of National Statistics showed that the average earnings rose 3.7%, matching forecasts. This was up from a revised 3.5% previously. The UK’s unemployment rate rose to 3.9%, from 3.8%.

GBP/USD Continues to Trade Near Bottom

The currency pair initially managed to rise to the key price level of 1.2082. However, multiple attempts to break this level failed. As a result, the sterling was seen trading subdued below the 1.2082 handle. We could see price potentially retesting the previous lows at 1.2026. As long as this low isn’t breached, there could be an upside bias building up. 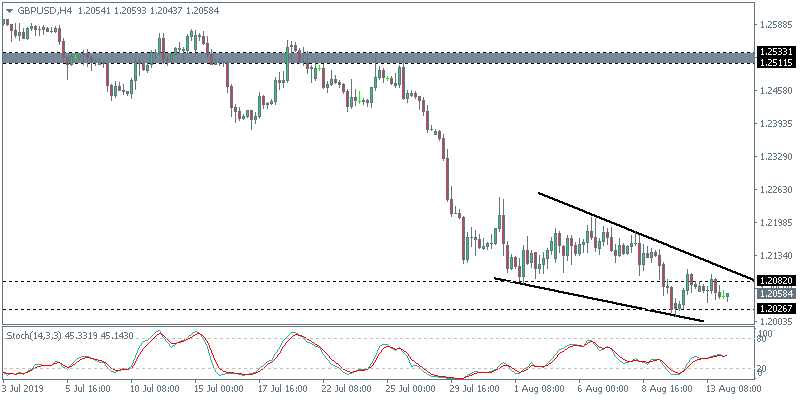 The precious metal, which attempted to rise to fresh highs earlier this week pulled back. Gold prices were trading weaker, and off the $1500 psychological level. Besides the trade war narrative, US inflation data showed a 0.3% increase in both the headline and the core CPI.

The precious metal could extend the declines if it fails to hold the 1494 handle. With minor support established here and price already breaking past this level, gold could start to post a correction to the downside. The lower support at 1447.20 will be the likely target in case the correction gains momentum. 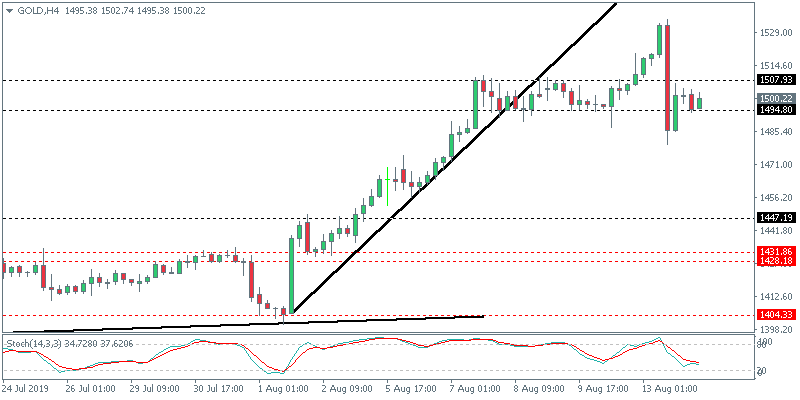 Gold: Wobbles near five-month low below $1,800 as Powell, Mnuchin weigh on risks

Gold prices seesaw around $1,77/78 during the early Tuesday morning in Asia. The yellow metal dropped to the lowest since July the previous day before bouncing off $1,764.73. Economic fears, need for stimulus raise bars for the bull’s entry.

EUR/USD retreats after its first attempt to break above 1.2000

EUR/USD trades around 1.1940 after failing to break above the psychological threshold. Bulls retain control and would likely challenge the level once again.

WTI keeps recovery moves from $44.51 despite multiple failures to regain $46.00. The oil benchmark dropped to the one week low on the previous day amid the US dollar recovery.