S&P 500 closed below the 200-day moving average – unheard of. But similarly to the turn in credit markets on Wednesday, the bulls can surprise shortly as the differential between HYG and TLT with LQD is more pronounced now. The field is getting clear, the bulls can move – and shortly would whether or not we see the autumn lows tested next.

Now that my target of 4,400 has been reached (the journey to this support has been a more one-sided event than anticipated), 4,300 are next in the bears sight. The bearish voice and appetite is growing, which may call for a little caution in celebrating the downswings next. Relief rally is approaching, even if not immediately and visibly here yet. All I am waiting for, is a convincing turn in the credit markets, which we haven‘t seen yet.

The dollar is likely to waver in the medium-term, and that‘s what‘s helping the great and profitable moves in commodities, and reviving precious metals. Crypto short profits are likewise growing – the real question is when the tech slide would stop (getting closer), and how much would financials rebound as well. Not worried about energy – the oil dip would turn out a mere blip. 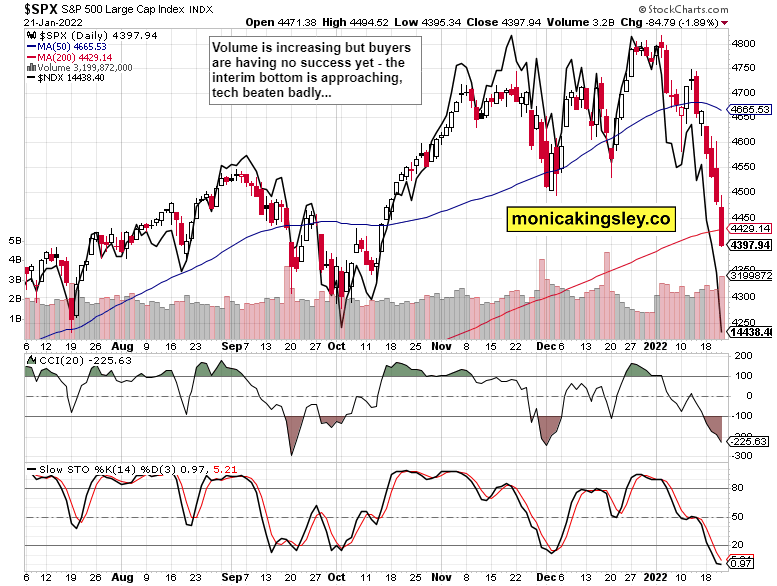 S&P 500 buyers are nowhere to be seen, volume isn‘t yet at capitulation levels – rebound off increasingly oversold levels is approaching. Tech melting down faster than value is to be expected – look for consumer staples to do fine too, not just the sectors mentioned above. As written on Friday, the turn in bleeding in credit markets and tech may stop as early as Monday or Tuesday – I remain watching closely for signs of a high-confidence setup to perhaps take.

HYG paused for a day while quality debt instruments rose – that‘s still risk-off, but symptomatic of the larger battle and buying interest at these levels already. Could presage a respite in stocks during the regular session next.

Gold and silver indeed paused a little – in spite of the miners weakness, that‘s no reversal. Most likely only a temporary correction within a developing uptrend. 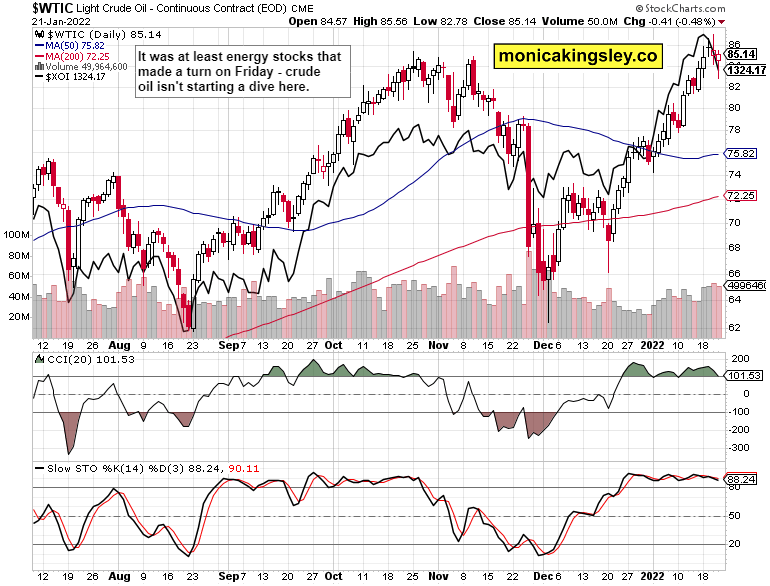 Crude oil bulls are finally getting tested, and by the look of oil stocks, it‘s not going to be a test reaching too far. Not even volume rose on the day – look for price stabilization followed by another upswing. 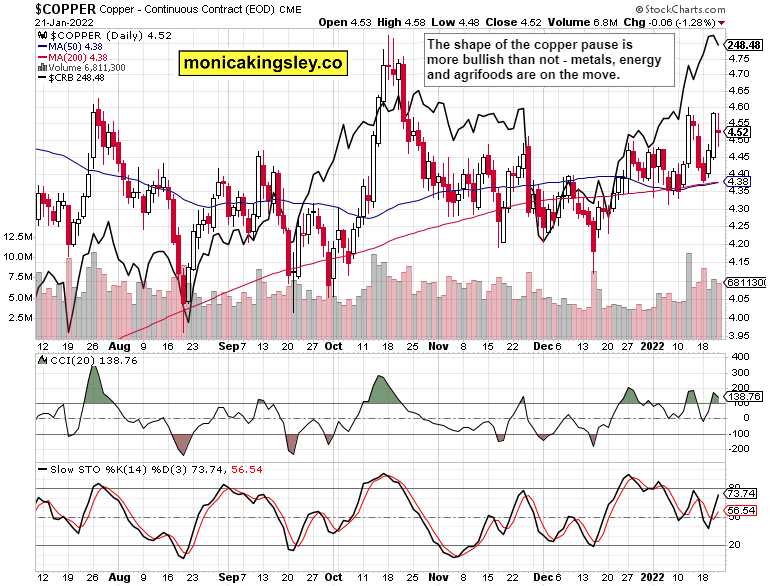 Copper had actually a hidden bullish day – a good consolidation of prior gains. While the volume isn‘t pointing the clearly bearish way, the amplitude of the move can be repeated next. 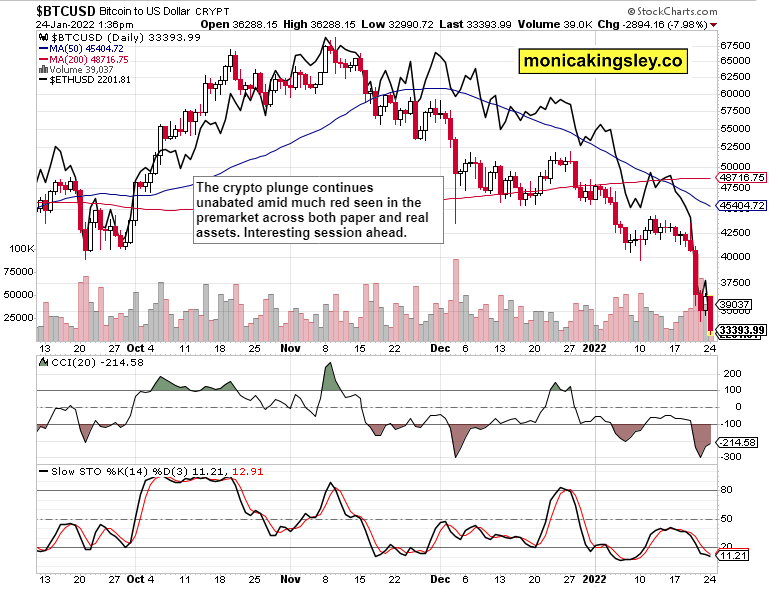 Bitcoin and Ethereum Sunday rally fizzled out, and the downswing doesn‘t look to be yet over as another day of panic across the board is ahead. No signs from cryptos that the slide is stopping now.

S&P 500 bulls are readying a surprise – the long string of red days is coming to a pause. Credit markets turning a bit risk-on coupled with a tech pause and financials revival (not to mention consumer staples and energy) would be the recipe to turn the tide. We‘re in a large S&P 500 range, and got quite near its lower band at around 4,300. The short rides are to be wound down shortly, and that will coincide with another commodities run higher. Look to precious metals likewise not to disappoint while cryptos continue struggling at the moment.