An intraday stock market rally attempt failed again today and the intraday selloff in bonds reversed as well to more flattening at the long end.

He also stated it was appropriate to consider wrapping up tapering a few months sooner. Previously, the Fed's tapering target was June 2022. 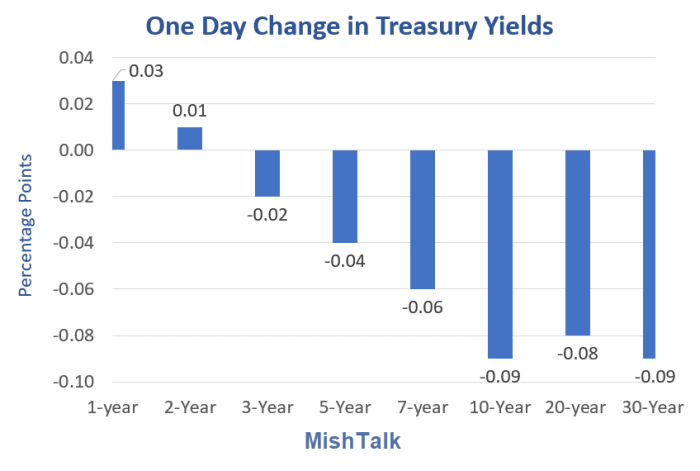 The stock market reaction is what I would have expected on the above news.

The bond market reaction is far more interesting. Yields at the long end tumbled and rose in the middle.

Given news that the fed would taper (end QE expansion) sooner and then start hiking rates sooner, one would have expected a stock market decline (and been correct).

But if the economy was strengthening, bond yields would normally go up across the board. They didn't. 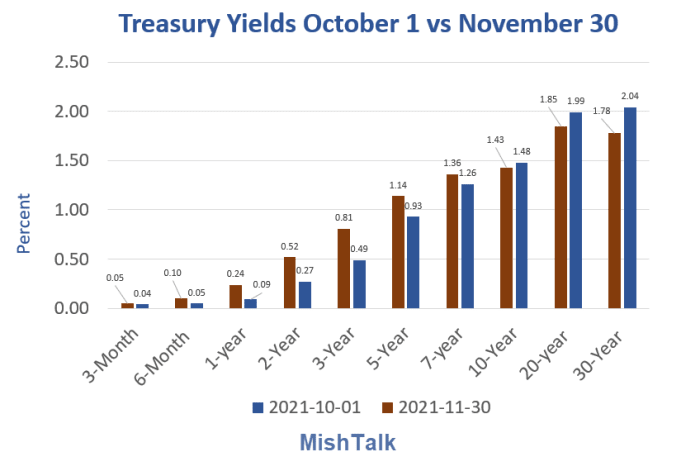 The lead chart shows the relative change and the speed at which things are happening.

Retiring the Phrase "Inflation is Transitory"

After insisting for over a year that inflation was transitory, Powell finally decided to throw in the towel.

This brought out some amusing observations from economist David Rosenberg and others.