It's been risk-on for some, but the rates market must be wondering what the equity markets are on exactly. The divergence between the two has been stark. Talk of negative rates at one extreme versus virus redemption at the other. One thing is for sure; systemic risks have fallen. Even in the eurozone better CP volumes are now occurring. Fixings are falling. 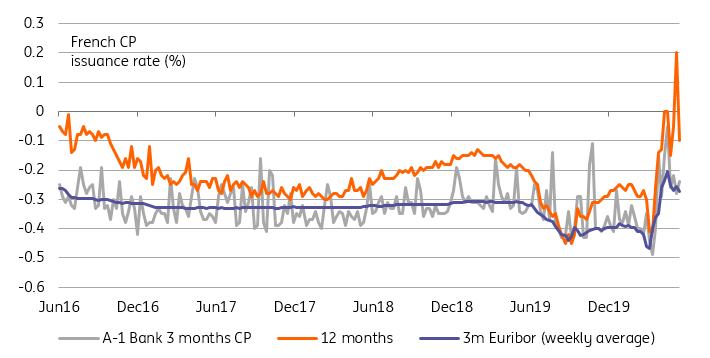 Going into the weekend it is timely to remark on the stark difference between risk assets and rates markets. It has been a week of risk-on for equities, which has cheered high yield bonds and facilitated a convergence in credit generally. Even emerging markets have had a good week as some of the recently vulnerable higher beta currencies have managed to rally.

But the rates market is in a parallel universe it seems, where the outlook is far from rosy. Not only do US interest rate futures for 2021 continue to dip into negative terriory, but UK market rates out to 5 years have moved into negative terriory. UK 8yr linkers were auctioned yesterday at a -2.8% real yield. Think aboout that. A negative real yield of almost 3%. That can't be a positive discount for the future of the real economy.

On top of that, curve structures are bullish for bonds still. Bellies are rich versus wings. That has been the case for some time now, but it is not unwinding, even when we are in the midst of supposed risk-on. Something has to give. Maybe from both sides, but in any case risk assets need the weekend off to have a good think about what the feelgood factor is all about exactly.

Activity should be characterised by lower volumes than usual on account of the string of bank holidays stretching until Tuesday. Whilst some markets being closed might mean less central bank purchasing activity, it also means less supply. As the latter is less predictable, and thus more liable to impact rates temporarily, we think quiet markets are bullish markets (ie lower rates). We also count simmering geopolitical risks as an argument skewing rates risks to the downside. Tensions between the US and China over Hong Kong are the latest source of worries.

The other argument in favour of lower rates is that we expect lower realised volatility to draw in more risk-taking. This should mean a tightening of sovereign spreads. This may sound like fighting yesterday’s battle as some of the good news (EU recovery fund proposal, large BTP Italia uptake) are already out but markets, sometimes, are backward-looking.

Another argument is that the build-up in central bank easing expectations should help high-beta fixed income weather geopolitical tensions better than other risk assets. Central banks globally are still in the process of adding to their armoury. The BOJ launching its own SME lending programme worth Y75tn today, and Clarida hinting that yield curve control would be a complement to forward guidance, are the latest examples.

Another reason to see the glass half full is the impressive recovery in Euro Commercial Paper (CP) volumes. Taking data published by the Banque de France (BdF) as an example, the first half of May saw a record volume of corporate CP issued and a convincing jump in bank issuance, Both contribute to lower systemic risk, should lead to more stable Euribor fixings, and limit their upside.

The minutes of the May ECB meeting will be the focus of an otherwise quiet session.

At a time expectations of more QE are rising, it will be interesting to see how close (if at all) the GC came to pulling the trigger last month. Their rationale for flooding the market with more cheap liquidity will also be interesting. We don’t think low PELTRO allotment this week would have surprised the GC as Lagarde referred to the facility as a backstop.

Read the original analysis: Rates Spark: I’ll have what you’re having