The much-anticipated testimony from Fed Chair Jerome Powell happened on Wednesday. As widely speculated, Powell made the case for a rate cut.

This sets the stage for the July Fed meeting where interest rates could be lowered. Following Powell’s comments, the FOMC meeting minutes also hinted that the case for an accommodative monetary policy was more appropriate. The S&P500 pushed higher to test the 3000-mark by Wednesday’s close.

Euro Rebounds on a Weaker USD

The common currency posted strong gains on Wednesday as the USD fell. On the economic front, French industrial production jumped 2.1% in May, marking the biggest increase since May 2016. Similar gains were seen in Italy’s industrial production figures as well, which grew 0.9% on the month. The European Commission released its economic forecasts where it lowered eurozone growth to 1.2% for 2019.

Will the EURUSD Maintain the Bullish Gains?

The currency pair reversed just a few pips off the 1.1188 level of support. The reversal pushed prices higher as the EURUSD closed above 1.1250. If the bullish momentum is maintained, we could expect the euro to rise toward 1.1400 level of resistance. However, in near term, dips to 1.1250 will see support being formed. 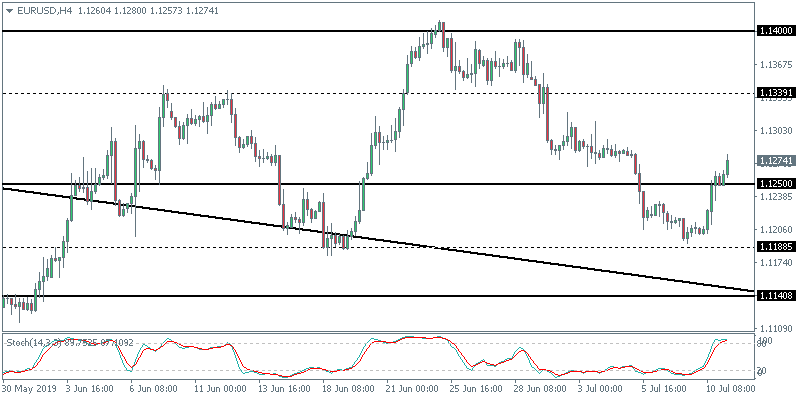 Crude oil prices closed above $60 a barrel on Wednesday. The gains came after the Energy Information Administration released the weekly inventory report. Data showed that US crude oil stockpiles fell 10 million barrels per day. The drawdown was larger than expected. It also reflected the API’s inventory report released earlier in the week. Meanwhile, a developing weather disturbance near the Gulf of Mexico is also seen adding to the price gains.

The current gains in oil prices came after price had initially declined. Following a period of consolidation near the support area of 57.50, oil prices have reversed direction. The strong gains off the 50.57 support level have led to oil testing the upper end of the range. A breakout above the $61.00 handle will further confirm the upside bias in oil. 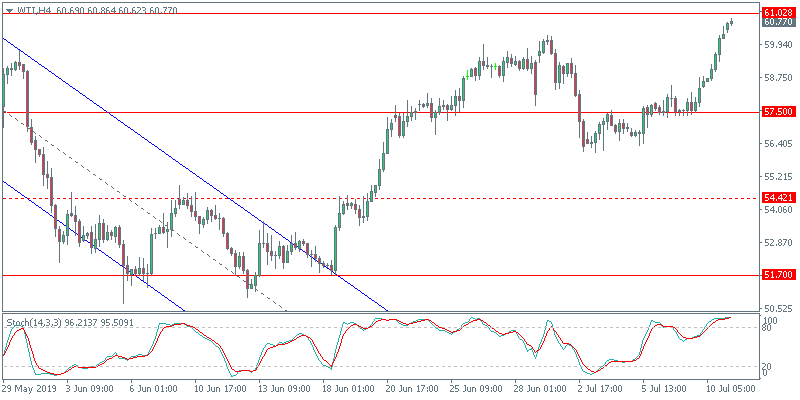 The precious metal posted gains on Wednesday after the Fed Chair Powell hinted that the Fed was ready to cut rates. He cited the economic uncertainty but said that the federal deficit could potentially push interest rates higher.

Will XAUUSD Maintain the Gains?

The gains came after the precious metal was hovering close to the 1384 handle, following the break of the rising trend line. But the comments from the Fed Chair saw the precious metal reversing direction. After breaking past the resistance level of 1404, gold prices could be on track for further gains. The next upside target is seen at the previous highs at 1432. 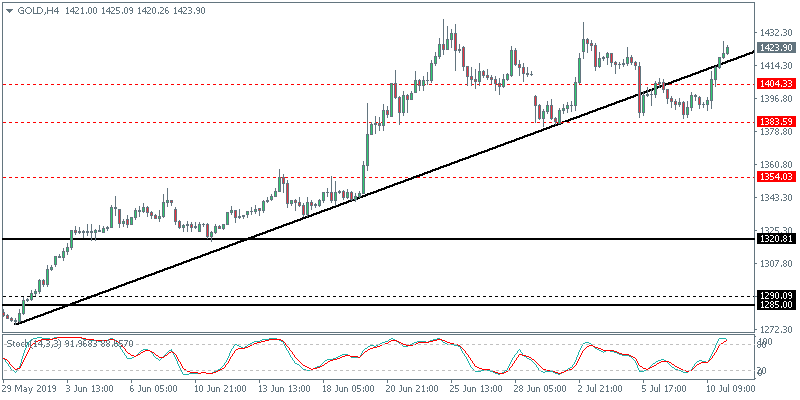