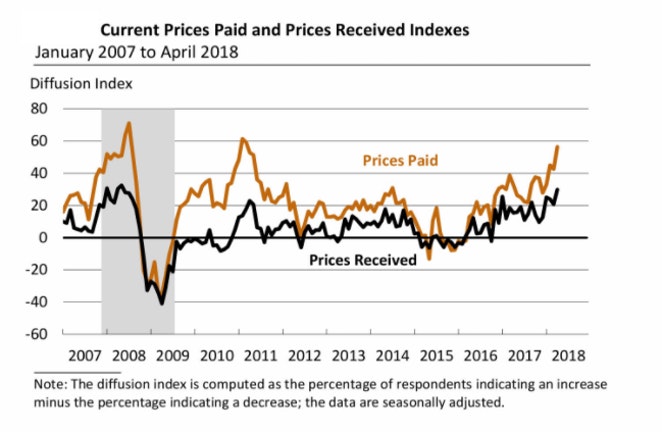 The Philly Fed prices paid index jumped in April. 59% of firms reported paying more for inputs, up from 44% in March. 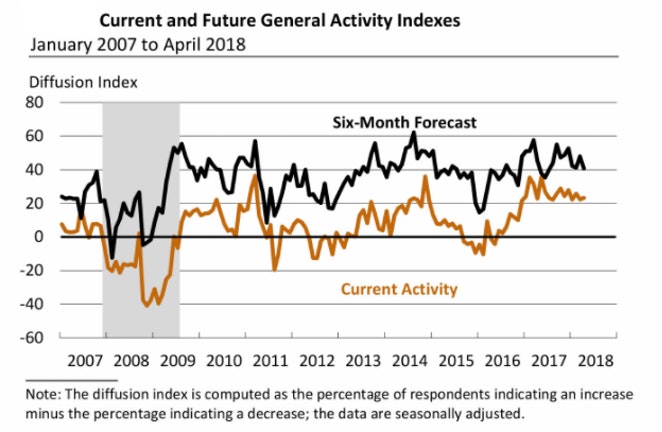 I have not paid much attention to the regional Fed reports because they have tracked actual manufacturing output poorly for quite some time.

Price increases for purchased inputs were reported by 59 percent of the manufacturers this month, up notably from 44 percent in March. The prices paid diffusion index increased 14 points to its highest reading since March 2011. The current prices received index, reflecting the manufacturers’ own prices, increased 9 points to a reading of 29.8, its highest reading since May 2008.

Once again diffusion indexes have serious problems. They measure direction, not amplitude.

We have an idea that prices are rising, but there is no indication by how much.

There is nothing remotely startling by this report in light of the Beige Book report yesterday.

The Beige Book is a compilation of all the Fed regional reports, including the Philly Fed.

Even though the Philly Fed report should have been completely expected, bond yields jumped as if the report provided new, significant news. 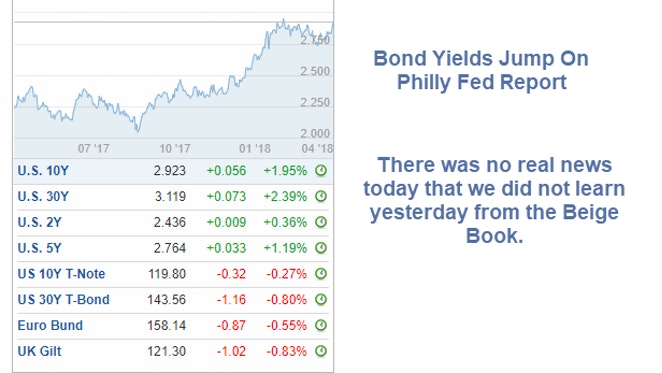 The inflation scare is in full swing, but the long end of the curve is still quite contained.

I side with Lacy Hunt at Hoisington Management regarding the attractiveness of the long end of the curve.