The Swiss Franc has declined by 2.48% against the Canadian Dollar since the middle of July. The currency pair was pressured the lower by the 200– period simple moving average.

Technical indicators suggest selling signals on all time frames charts. Most likely, the CHF/CAD exchange rate could continue to edge lower during the following trading sessions.

However, a potential upside reversal could occur from the weekly support level at 0.6818 in the shorter term. 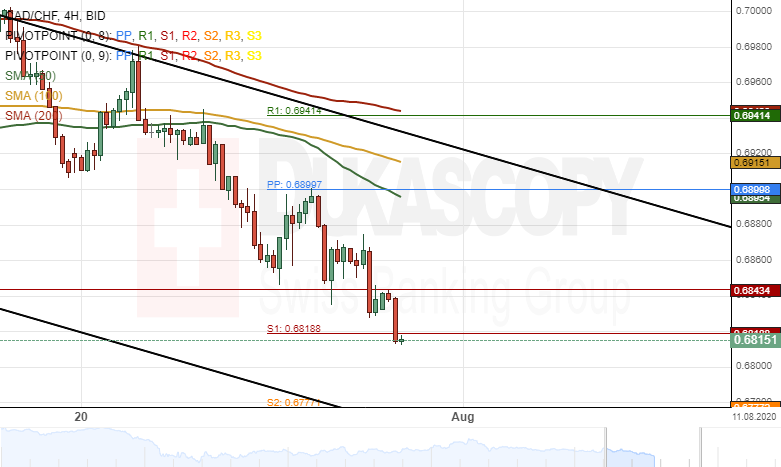 The Swiss Franc has surged by 250 pips or 2.21% against the Japanese Yen since July 16. The currency pair tested the upper boundary of an ascending channel pattern at 115.51 on July 23.

All things being equal, the exchange rate could continue to edge higher during the following trading sessions. A breakout through the upper line of the ascending channel pattern could occur. 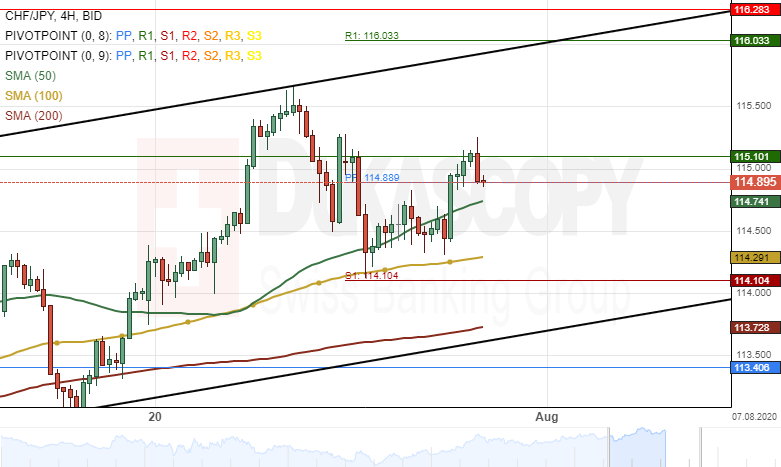 EUR/USD is trading below 1.1750, down amid US dollar strength. The ISM Manufacturing PMI beat with 54.2 points, yet the employment component missed with 44.3, a warning sign ahead of the NFP. Fiscal stimulus figures are awaited.