As mentioned in this week’s COT report, net-long exposure for Palladium has fallen to a 2-month low and we see potential for it to fall further, along with prices. According to Reuters polls, the median forecast for palladium prices in Q4 is 1620, and then for it to fall to 1495 by Q2, with the lowest forecast over this period falling to as low as 1200. 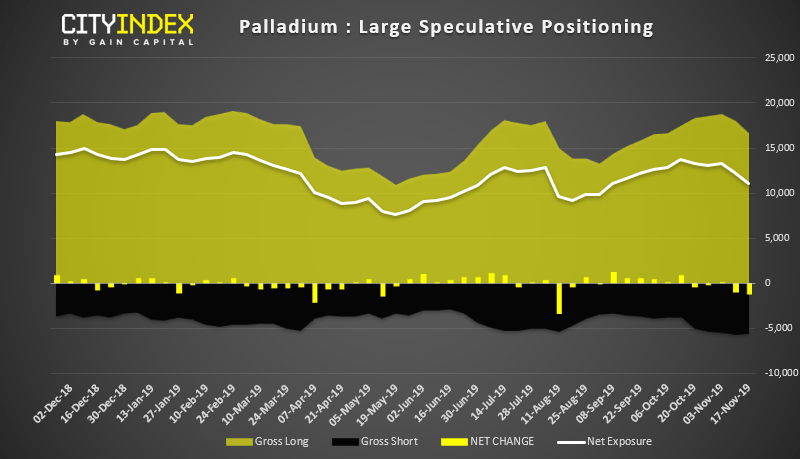 Prices have retraced to the 1700 low and formed a 2-bear reversal pattern on Friday (a dark cloud cover). Volumes have also depleted during this minor rebound, which points towards it being a retracement against bearish momentum and for prices to roll over for another leg lower. The 20-day eMA is capping as resistance, although we could also use the 1731.70 low to aid with risk management, given the 50-day eMA is providing support. 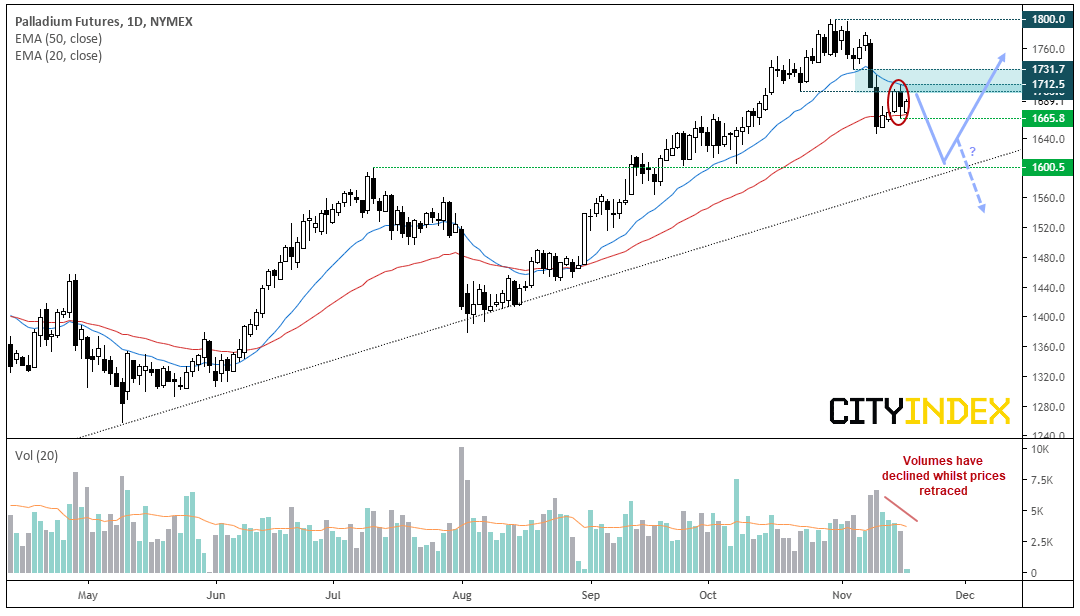