The euro was relatively unchanged after a coalition deal to form the next German government was reached. Olaf Scholz, the current finance minister, will become the next chancellor. The coalition will have social democrats, greens, and free democrats. More details of this coalition will be announced in a press conference later today. The currency also reacted to the latest German business sentiment data. According to the Ifo Institute, the country’s business climate and assessment of current situations declined to 96.5 and 99.0. Companies are concerned about the rising cost of doing business and supply shortages.

The price of crude oil continued its bullish trend even after the US announced a coordinated release of 50 million barrels from strategic reserves. The US will be joined by some of the biggest economies in the world like China, India, the UK, and Japan. The hope is that the action will lead to lower gasoline prices. Still, oil prices have bounced back because the action was not as severe as most analysts were expecting. Also, analysts believe that oil prices will only drop when OPEC and its allies decide to boost supplies.

The New Zealand dollar declined slightly after the relatively hawkish interest rate decision by the Reserve Bank of New Zealand (RBNZ). The bank decided to implement its second interest rate hike this year. It hiked rates by 0.25% to 0.75%. It also maintained that the economy is doing well as the country reopens. On inflation, the RBNZ expects that prices will rise to about 5% and then drop to their target of 2% in the past few years. Other data published today showed that the Singapore economy rose by 7.1% in the third quarter while the manufacturing PMI in Japan rose to 54.2.

The EURUSD pair declined sharply today as the relief rally that happened earlier this week faded. The pair is trading at 1.1225, which was the lowest level in more than 1 year and four months. On the hourly chart, the pair has moved below the 25-day moving average while the Stochastic and Relative Strength Index (RSI) is pointing lower. The pair will likely keep falling in the near term. 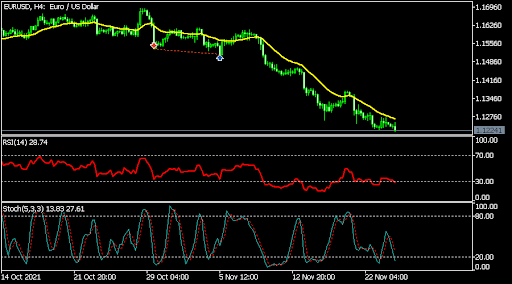 The USDCHF pair rose sharply after the latest ZEW expectations data from Switzerland. The pair jumped to a high of 0.9350, which was the highest level since September this year. It has moved above the 78.6% Fibonacci retracement level and is also above the 25-day moving average. The pair also managed to move above the key resistance level at 0.9328., which was the highest level last week. Therefore, the pair will likely keep rising in the coming days. 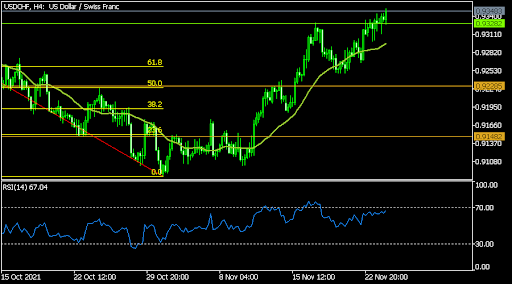 The NZDUSD pair tumbled to the lowest level in a few weeks after the hawkish RBNZ decision. The pair is trading at 0.6912, which is substantially lower than the highest level this month. It is below the dots of the parabolic SAR. Also, it has moved below the 25-day moving average while the Relative Strength Index is pointing lower. Therefore, the pair will likely continue falling as we move to a new month. 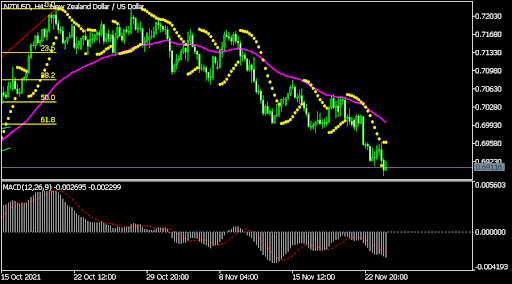