Trades may only be taken between 8am New York time and 5pm Tokyo time, during the next 24-hour period.

I wrote yesterday that the price was sitting right on the 0.6450 level again, which could be expected to provide at least minor support. If the price fell cleanly from here, that would be a bearish sign suggesting an attempt at the multi-year lows below just above 0.6425. I would be bearish below 0.6440 if the price gets there quickly. This was a good call seeing 0.6440 as a likely pivotal level as the price turned bullish right there. The resistance at 0.6500 is likely to be strong as it is confluent with a psychologically key major round number. The NZD has not recovered as powerfully as some other currencies have in recent hours, so I still see a short following a healthy bearish reversal at 0.6500 as the best potential trade here and I would be bearish if it set up. Conversely, a break above 0.6500 would be a bullish sign.There is nothing important due today concerning the NZD. Regarding the USD, there will be a release of CPI data at 1:30pm London time. 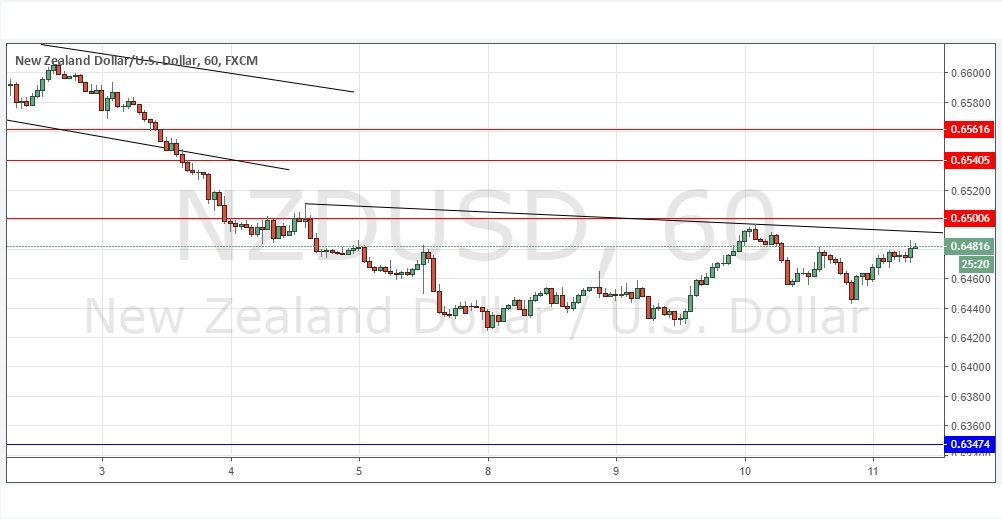