Amid a shortened week, the US will publish its June employment figures this Thursday. The Nonfarm Payrolls report is expected to show that the country recovered 3 million jobs in the month, while the unemployment rate is seen contracting from 13.3% to 12.3%.  Average Hourly Earnings are still seen well above average, although returning to pre-pandemic levels. The yearly figure is seen at 5.3% from 6.7% in the previous month. Monthly Average Hourly Earnings are foreseen at -0.7% from -1.0%.

Earlier this week, the US Federal Reserve chief, Jerome Powell, said that macroeconomic indicators, included those related to employment, have shown signs of improvement amid the economy entering a new stage sooner than expected. Indeed, the US has lifted lockdowns as soon as the situation in New York improved.

However, the epicenter moved to the Southern States, with the country reporting record new cases above 40,000 per day for over a week already. The country has over 2.7 million reported cases, and Trump’s medical advisor said that they may reach 100,000 new cases per day if they can't control the disease. Multiple businesses are going back into lockdown, beyond governmental orders. The situation is worsening, not improving, and the market may not be willing to cheer an improvement in June’s employment data, considering that there could be a major setback in the upcoming months.

Overall, Powell’s words were based on May/June figures, released these last few weeks, which also point to a positive monthly employment report. Starting with the previous Nonfarm Payroll report, which surprised by showing the economy added over 2.5 million positions against another drop expected.

Also, the Challenger Job Cuts showed that US-based employers’ cuts totaled 170,219 in JUNE, down 57% from May’s total of 397,016. However, cuts were over 1.2 million jobs in the second quarter of the year, the highest on record. Meanwhile, the ADP survey showed that the private sector added 2.3 million jobs in June, below the 3 million expected, although May’s reading was revised from -2.76M to +3.06M.

On a down note, Initial Jobless Claims seem to have stabilized at over 2 million. Far from the levels seen at the beginning of the pandemic, the figures related to unemployment are falling at quite a slow pace.

The American dollar is heading into the event with a negative tone, as regardless of the coronavirus-related uncertainty, equities keep rallying. Just this week, the Nasdaq hit a record high, while the S&P 500 is less than 70 points away from its all-time high. An encouraging outcome could further fuel equities and keep the safe-haven dollar under pressure.

The greenback has then more chances of advancing against the JPY and the CHF while rallying equities will favor the most commodity-linked currencies.

The EUR/USD pair has been ranging for these last three weeks, unable to attract investors, confined between 1.1170 and 1.1330. It could happen that speculative interest turns to re-buy the greenback with upbeat numbers, but there are little chances that the pair could pierce the base of the mentioned range. 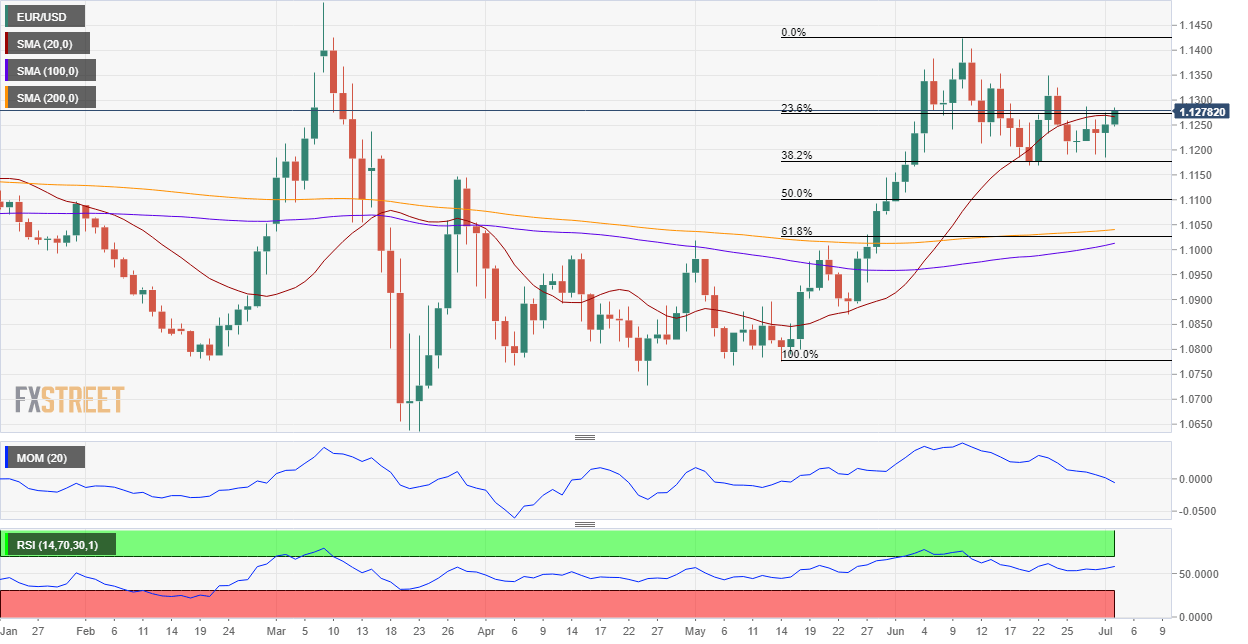