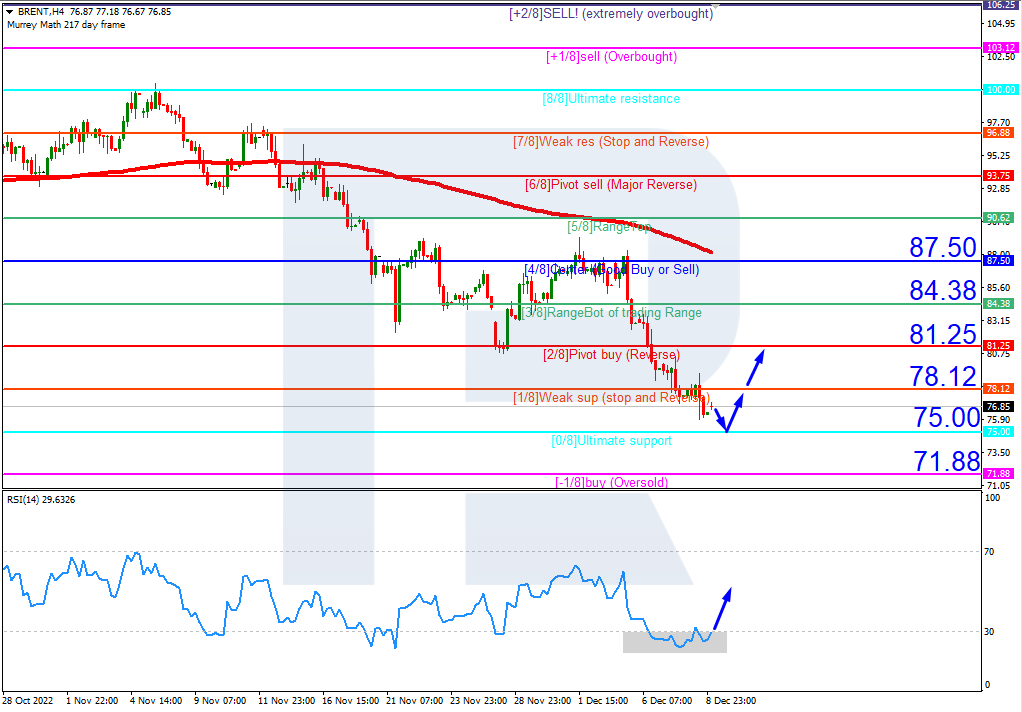 On M15, the upper line of VoltyChannel is too far away from the current price, which means growth of the quotes will be initiated by a bounce off 0/8 on H4. 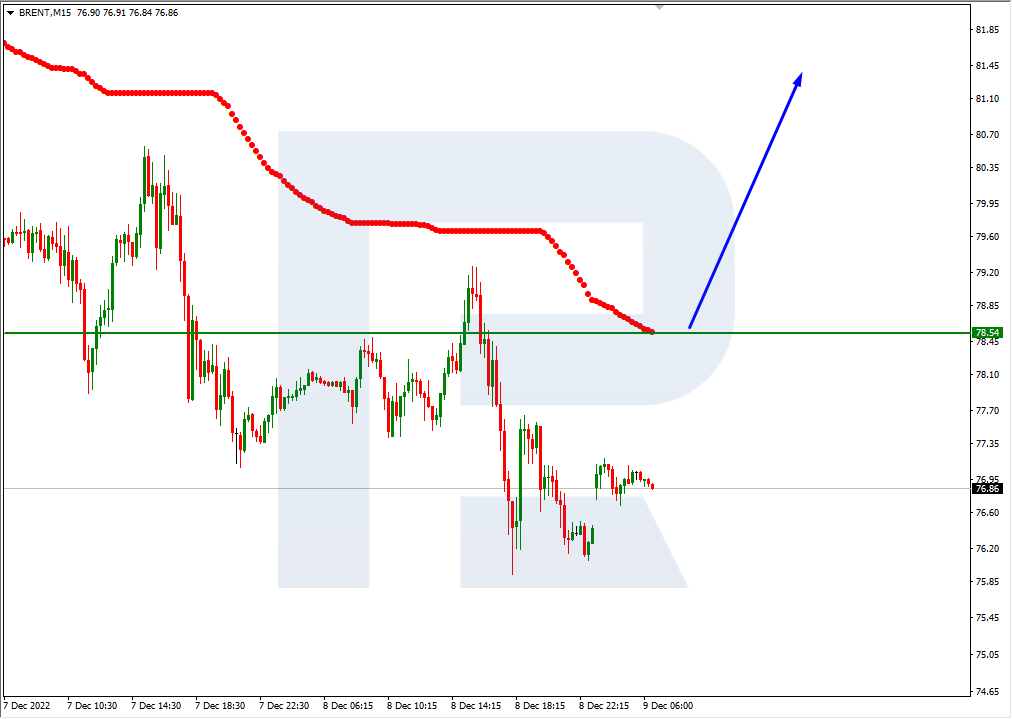 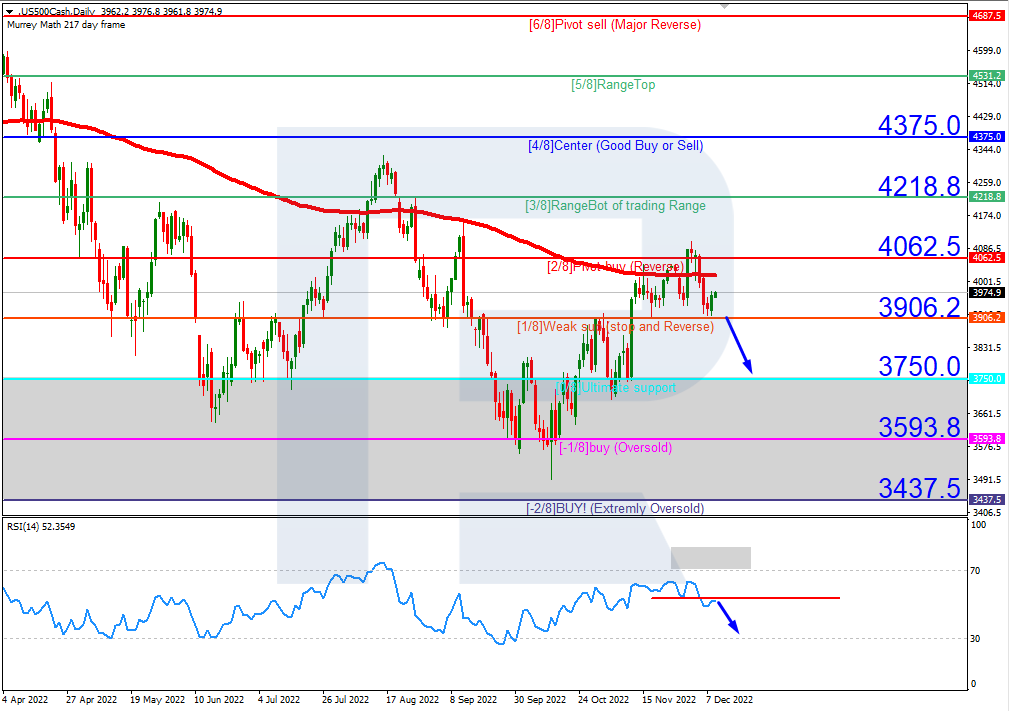 On M15, an additional signal confirming the decline will be a bounce off the lower line of VoltyChannel. 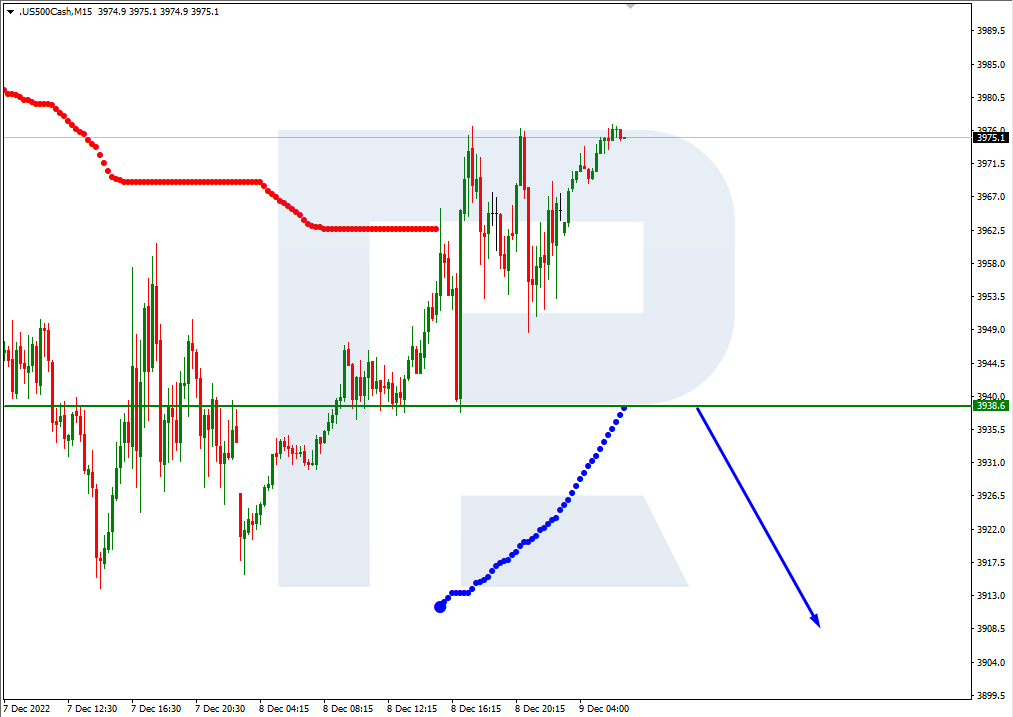