S&P 500 decisively turned around, and declined powerfully. The short entry was well placed, and open profits are likely to grow still before the bottom is reached. What we‘re likely to experience next, is tech-driven brief reprieve, which would help cushion heavy S&P 500 downside temporarily. The stock market downswing hasn‘t run its course though today‘s rising real asset prices would help the bulls temporarily.

The dollar of course isn‘t really retreating, and neither the pressure on the Fed to raise, is relenting – yet precious metals keep holding up reasonably well. Is there a quiet money flow underway, one that sees long-dated Treasuries benefiting as well? I think so, and come autumn, this would become obvious. Crude oil apparently hasn‘t peaked either, no matter what those focusing solely on the real economy prospects say – remember, black gold is the one to top last, and I hadn‘t seen a decent spike yet. Time to go, for quite a few weeks more – and let the open profits grow too. 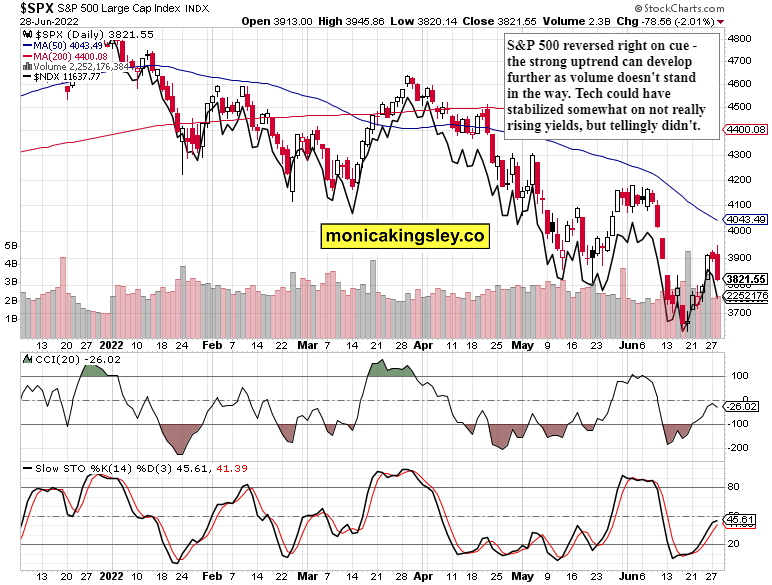 The caption says it all – S&P 500 is primed to decline some more, but I‘m looking for a little counter trend move first. Odds are the bulls won‘t make it far.

Bonds turned risk-off, and soundly so. Especially the HYG move holds great promise. As you can see, the TLT downswing is in its latter innings, and in need of some consolidation (one that would coincide with deteriorating economic data showing so) first. 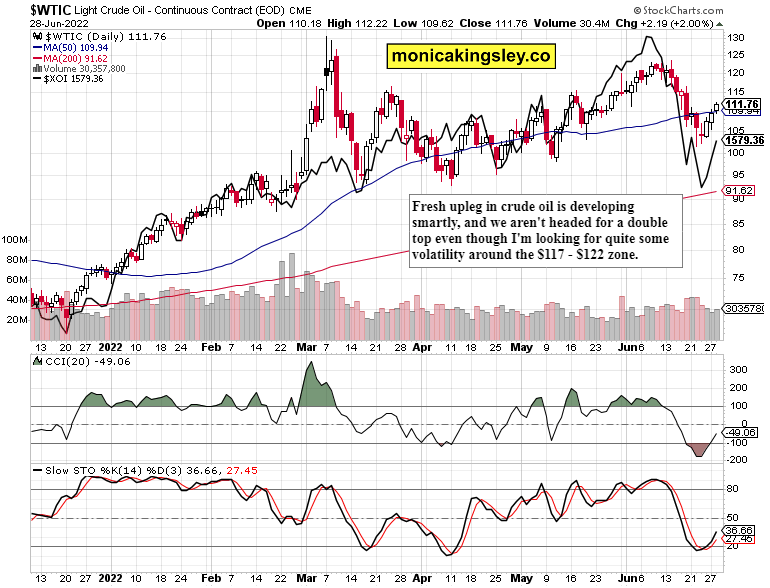 Oil is turning up, the next consolidation to arrive, would happen above the 50-day moving average. I like oil stocks having come to life (against the background of steep stock market decline) particularly. 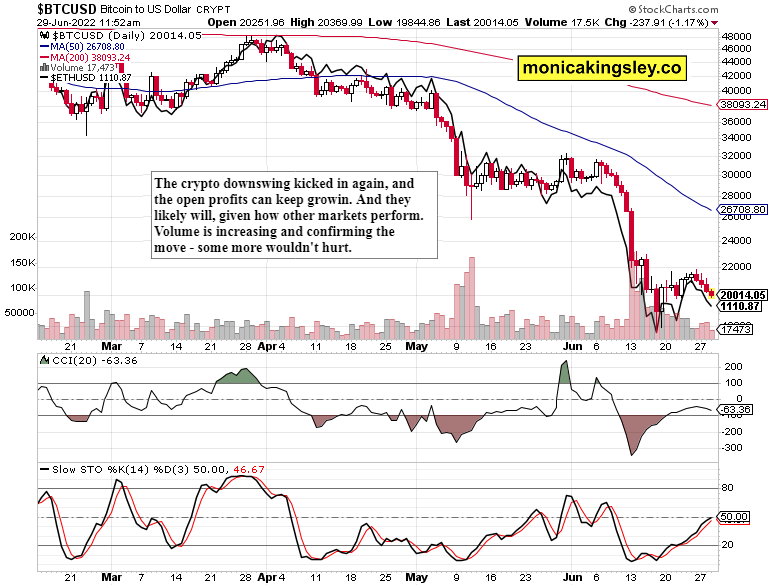 Business as usual in cryptos – business just as lately. See how far Stochastics has risen while prices are already turning down. The weeks ahead appear one hell of a ride.