Markets continue to put in asset prices their concerns about the prolonged trade disputes between China and the United States. However, until now we do not see sharp sell-off of risk-sensitive assets as Central banks in a hurry with their monetary policy stance easing.

Economists and market participants increasingly believe that the Fed will lower rates quite soon. The ECB recently introduced measures aimed to support bank lending. Many other Central banks from India to New Zealand are lowering their key rates recently.

Although the easing of financial conditions keeps markets from falling more sharply, economic reports increasingly point to a cooling of both business activity and inflation pressure. Low inflation allows the Central Bank to soften its policy but it is often a symptom of more serious problems, for which the current measures are not enough.

Major stock indices from China to the U.S. declined for the second day in a row. This dynamic is supported by the strengthening of the positions of securities of the so-called defensive sectors: media, healthcare and telecoms. Usually, investors choose these stocks in anticipation of the economic slowdown. In addition to fears of trade wars, the market in Hong Kong was under pressure from crowdy public protests, that sent HengSeng to the lows since January. Lately, the index received support after the words of Chinese Deputy Prime Minister Liu, who called for new measures to support the economy.

American SPX went down for the fourth consecutive trading session, threatening to fall below the 50-day average. 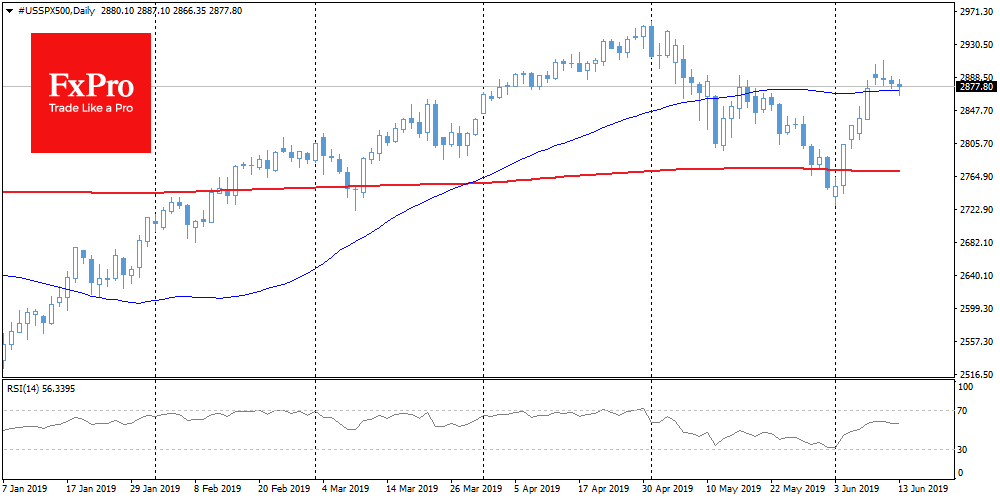 The single currency failed to develop the growth, running into increased pressure from sellers after growth above 1.1340 and dropped to 1.1280. The reason for the sale was Trump's statement that he is considering sanctions against the Russian Nord stream-2. On Thursday morning, the pair tries to return to the levels above 1.1300. 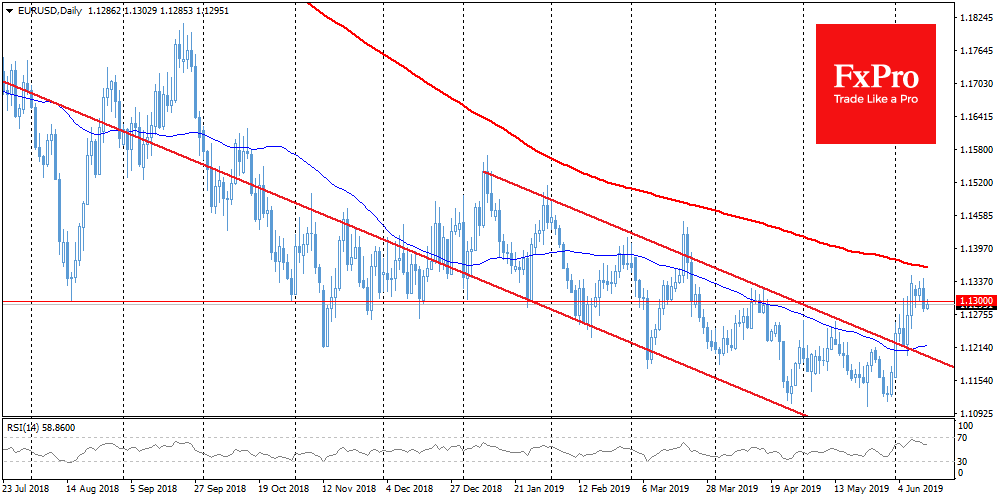 Market caution continues to support gold. Quotes of this metal rose to $1337, repeatedly trying to push above this year highs (and the last 5.5 years) at the 1340-1360 area. Thus, gold will have to pass an important test. The beginning of the trend to decline the last two times, in April 2018 and November 2016, was due to a sharp turn of the stock indices to growth when the demand for "safe-havens" was on the decline. So far, the situation is on the verge, and the chances are high that we can witness a breakthrough in the resistance area. If this happens, it will be an additional warning sign for the markets. 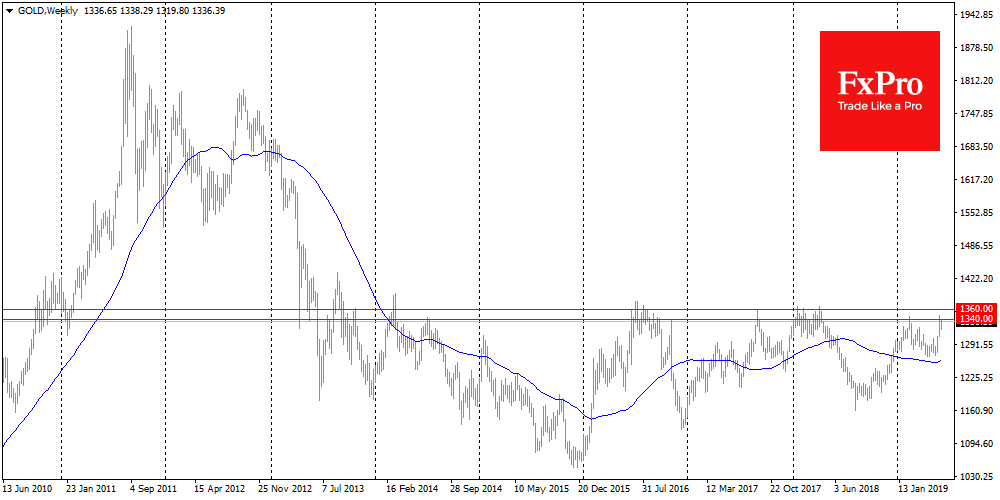 This week the pressure on oil has increased.  American WTI returned to five-month lows overnight after reports of the continued growth of Crude Oil inventories in the U.S. Trying to lobby the American energy in Europe, Trump threatened to put sanctions to the North Stream-2. This is clearly a negative signal for the markets, because Russia within OPEC+ stands for maintaining prices near current levels, while in the US production at current prices for Brent continues to grow faster than demand. 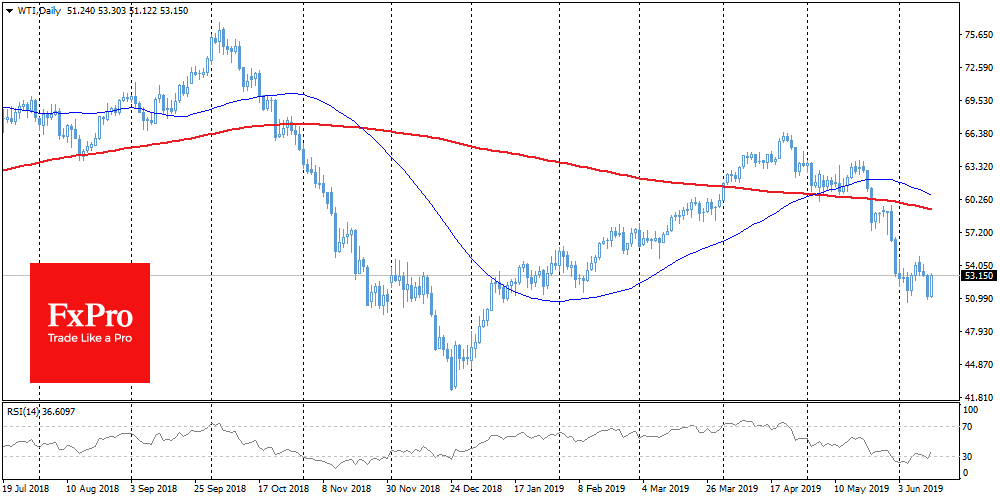