The big news out overnight from the Federal Reserve, was for interests’ rates to remain near zero until 2023, a full three years. They also signalled that even after three years, they could still delay rate hikes pending on if the maximum employment targets had been met. They noted that they would continue to purchase treasuries and mortgage-backed securities “at the current pace” to continue supporting the US Economy, but further details on bond purchases were elusive.

Chairman Jerome Powell’s speech highlighted the focus on the Fed’s goals on maximum employment, with the Fed wanting to support the worst-hit members of the labour force. The projections indicated that 2020 would contract less than they had initially forecast, but that recovery efforts would likely slow, and draw out the path to full recovery for longer.

Markets have had a timid start today after last nights Fed announcements. Tech Stocks Retreated after a selloff in the giants; the S&P500 Index had its gains wiped out from earlier in the session and finished up 0.5% lower. Futures in Japan, Hong Kong and Australia edged lower, with the Hang Seng and ASX200 indexes both down 0.2%.

In the IPO world, Snowflake ($SNOW) opened on the New York Stock Exchange (NYSE) and in its public debut. The Cloud-Data software company more than doubled its initial public offering price on the opening bell with a 104% gain. Trading was halted for two full minutes due to volatility on the hotly anticipated stock. At Market close Snowflake’s share price was $253.93, with an estimated valuation over $70B.

Yoshihide Suga has been confirmed as the new Prime Minister, replacing long time prime minister Shinzo Abe. PM Suga is expected to continue Abenomics policies, but perhaps with his flare, potentially pushing forward some of his reforms. 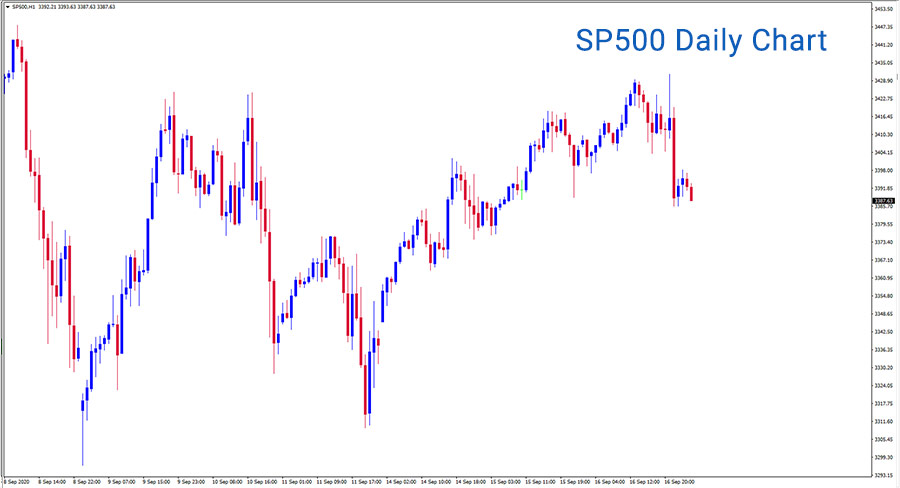