Wall Street had closed higher yesterday, but risk appetite started to wane in quiet trade during the course of the Asian session. The US Senate passed a bill that could bar some Chinese companies from listing on US exchanges and fresh criticism from U.S. President Trump of China’s leadership added to concerns that we are heading for a new trade war. The minutes of the last Fed meeting also highlighted the risk to not just economic growth, but also financial stability.

More precisely, the Holding Foreign Companies Accountable Act requires that Chinese companies show that they are not controlled by a foreign government, reports MarketWatch. Moreover, the firms would have to produce an audit that conforms to the standards of the Public Company Accounting Oversight Board.

FOMC minutes had a few points of interest, but none that suggested any changes to the policy stance any time in the foreseeable futures. The minutes of course headlined the economic and human hardships, and worried about potential risks to financial stability. There was the usual run-down on what’s been done in terms of the rate cut and QE. There were a few interesting points of discussion, though the ideas mostly came from the minority on the Committee. The minutes reiterated that while the current stance was seen as “appropriate,” the Committee could “clarify” its forward guidance (which it didn’t really give because of the unprecedented uncertainties). Some participants though they could make guidance more explicit by either adopting an “outcome-based” approach that specified macro outcomes including a certain level of unemployment or and inflation rate. A “date-based” approach could also be used considered and would specify that the target range could be raised after a certain time had elapsed. Several also thought the Fed might also have to further clarify its asset purchase plans, as without which there could be increased uncertainty over time. An ongoing program of Treasury purchases could also be used to “keep long term rates low” — that boarders on yield curve control. And a few suggested the balance sheet could be used to to cap shorter and medium term yields. And of interest, the Open Market Desk surveys showed respondents “attached almost no probability to the FOMC implementing negative policy rates.” Some survey respondents indicated that they expected modifications to the Committee’s forward guidance, but not at the current meeting.

Against that background Wall Street had come off its best levels after FOMC and White house reports, though the major indexes are holding gains of better than 1%. Topix and Nikkei are down -0.07% and up 0.06% respectively, the Hang Seng is down -0.05% and the CSI 300 unchanged on the day, while the ASX is down -0.03%. 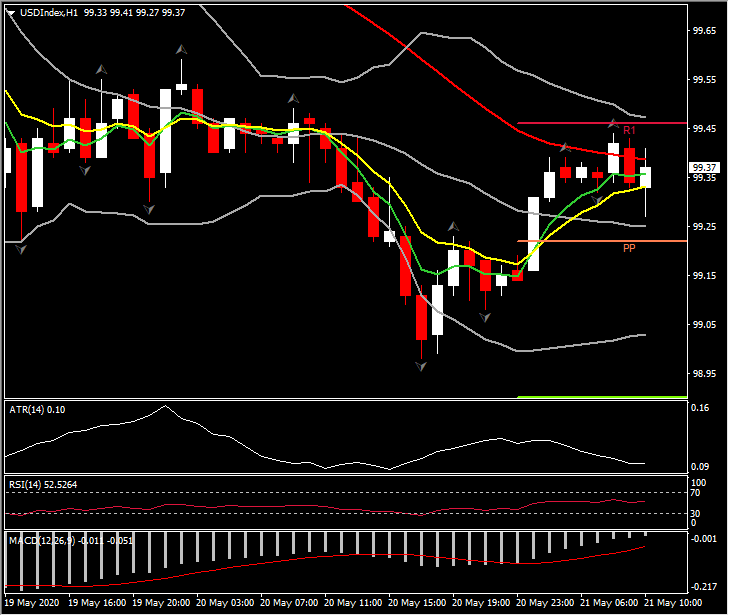 In FX markets , the Dollar has picked up safe haven demand as stock markets flagged in the Asia-Pacific region, and with S&P 500 futures correcting most of the gains seen during Wednesday’s regular session on Wall Street. The narrow trade-weighted USD index rebounded to a high at 99.43, up from the 17-day low seen yesterday at 99.01. 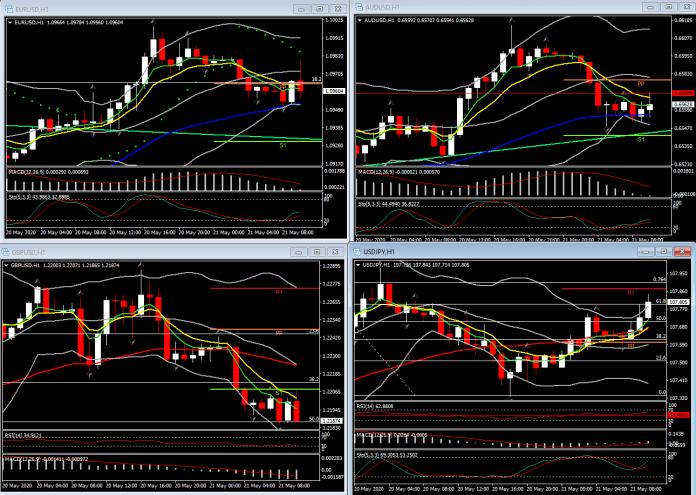 The biggest mover out of the main currencies has been AUDUSD, which dropped by nearly 0.5% in printing a low at 0.6549, correcting from yesterday’s 10-week high at 0.6618. Another ratchet higher in the U.S. attacks on China catalysed a risk-off mood in markets, with the White House publishing a 20-page dossier of complaint on China, accusing Beijing of predatory economic policies, military build-up, disinformation, human rights violations. A senior administration official was reported a saying that this does not signal a shift in US policy, and while some may downplay it as part of President Trump’s election strategy, it is clear that the US, and other Western nations, have been growing uneasy about China’s power on the world stage, and are feeling a need to reassert themselves.

Given the potential and realized impact on trade, this is fostering a re-emergence of nervousness in markets. In other news, RBA Governor Lowe warned that without a Covid-19 medical breakthrough the economic recovery will be slow. The New Zealand government said it will allow bars to reopen, and that it is considering a four-day work week. On the data front, preliminary PMIs reported from Australia and Japan showed predictably sharp contractions for manufacturing along with and a deeply contracted but slightly improved reading for services. Export data from South Korea and Japan were also weak. New Zealand credit card spending for April fell 41.3% m/m. 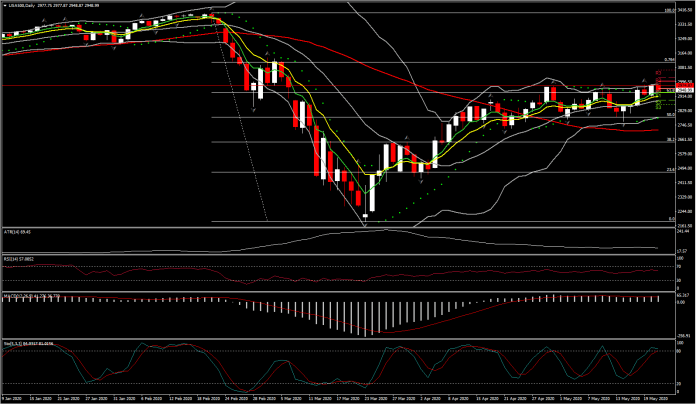