Our forecasts on currencies and indices

The Euro is trading lower after a drop in high-risk assets following a sell-off in equities encouraged investors to buy the haven-linked US Dollar. The next EURUSD catalyst will be the Non-Farm Payroll on Friday. Until then, technical indicators favor more selling with a sustained move below 1.2025 to drive prices lower with 1.1985 and the 200-period SMA at 1.1950 as next support levels, ahead of service sector PMIs from the Eurozone due later today. 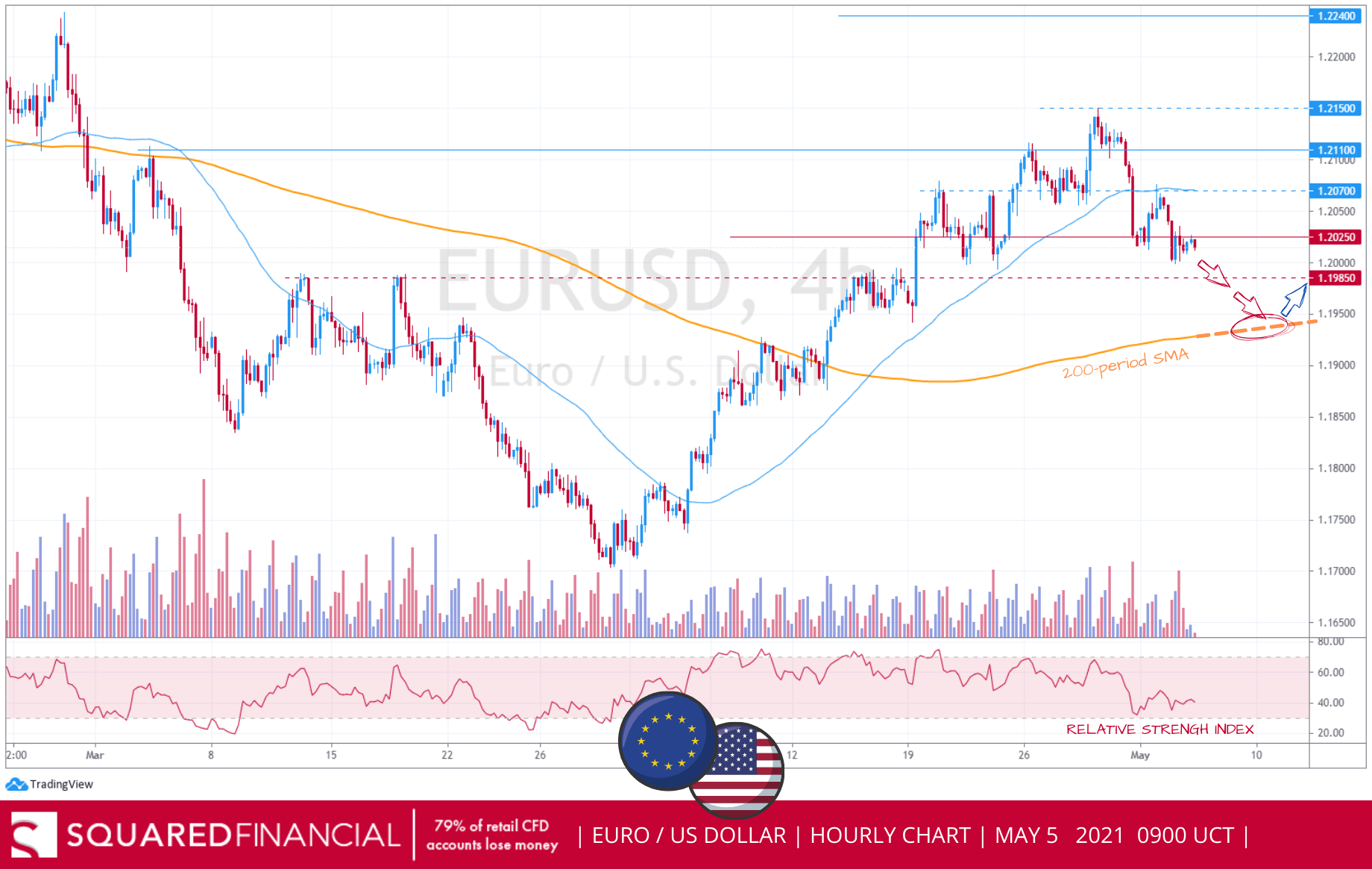 The British Pound dropped to our support level at 1.3840 before turning around and surging above the trend-defining 200-period moving average as we continue to see buyers on dips. We expect positive pressure to build-up with a break above 1.3920 to trigger an acceleration to the nearest upside target at 1.3970. 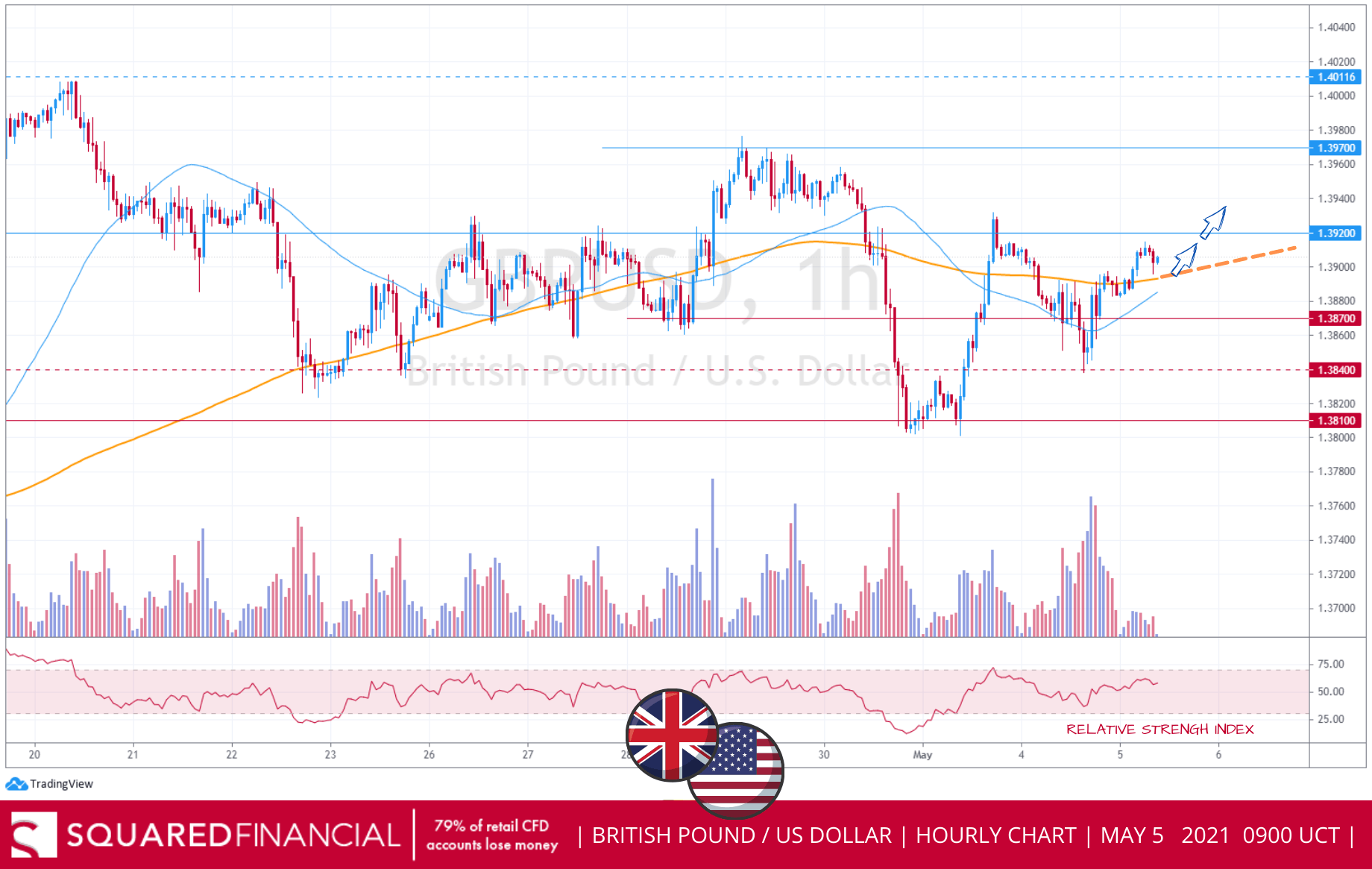 USDJPY surged past our resistance at ¥109.35 driven mainly by a slight rise in US Treasury yields. Looking ahead, Japan is still on holiday for the second day and therefore thin trading conditions could lead to another day of volatile price action capped by ¥109.65 on the upside and supported by the key ¥109.05 level. 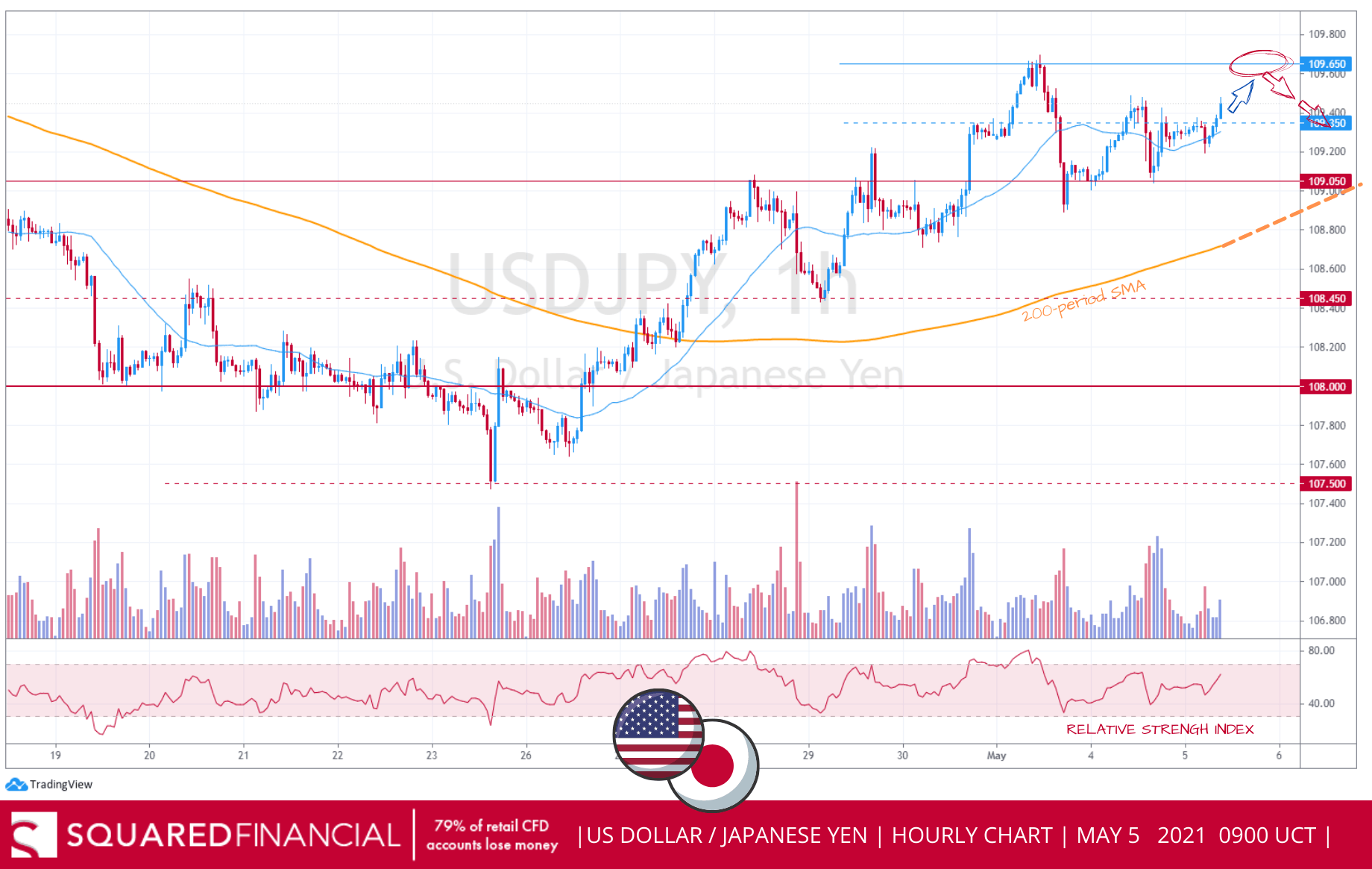 The FTSE100 suffered heavy losses yesterday following a suggestion that US interest rates might need to be hiked if the economy heats up. Today, stocks in London seem to be opening higher in early morning trade as investors look ahead to a busy day of economic data with the 7000 level as nearest target, only if strong momentum persists and the UK index stays above the 200-period moving average.

Wall Street ended mostly lower yesterday with the Nasdaq plunging on valuation concerns after US Treasury Secretary Janet Yellen said interest rates could rise soon. The Dow Jones index on the other hand did manage to rebound back above 34000 from our support level at 33770, and the benchmark could be poised to continue pushing higher in the coming days ahead of the Non-Farm Payroll figure due Friday. However first we will need to move above the persistent resistance at 34210. 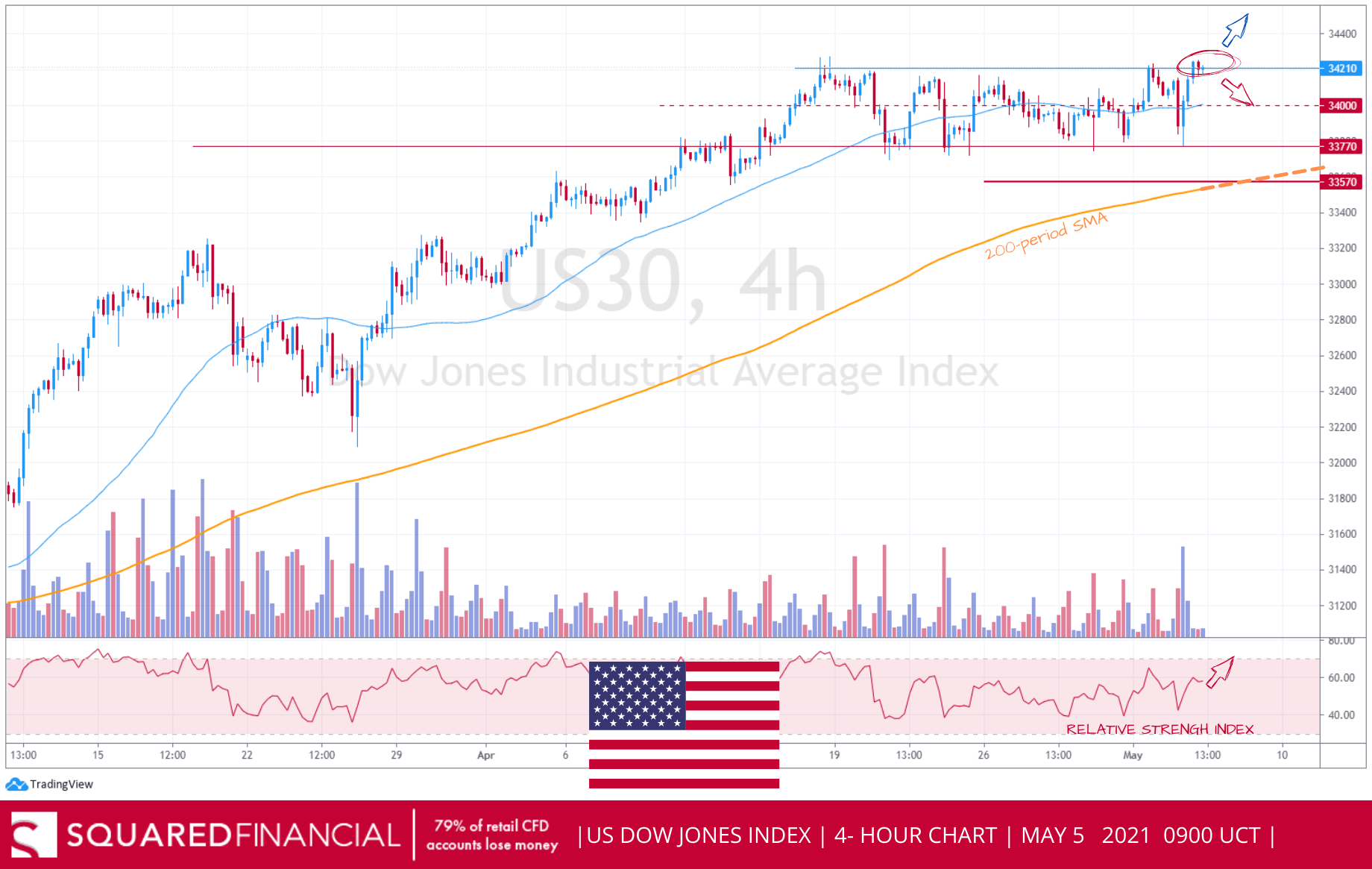 German stocks dropped, after a selloff in big US tech stocks, dragging European indices lower with the DAX-30 shedding more than 2% in yesterday’s session, to close below the 15000-mark. PMI data expected out of the Eurozone and Germany today, with a strong print to strengthen risk on sentiment. Technically, a breach of 15000 resistance level will favor further upside with 15100 as next resistance target.

Gold ended yesterday’s session in the red as investors got spooked by Treasury Secretary Yellen’s remarks around interest rates “it may be that interest rates will have to rise somewhat...” which she later clarified, saying she was neither predicting nor recommending a rate hike. Technically, the yellow metal is in a short-term downtrend, printing below the 200 period SMA with $1773 and $1767 as the next support targets in extension.

WTI Crude ended yesterday’s session in the green, above the $66 mark, rising by more than 2.50% after API inventory data came in at 7.70Mb, registering a build-up three times less than what analysts were expecting. All eyes today on official EIA data as investors await a confirmation on inventory drawdown, with consensus standing at -2.191Mb vs. a previous of 0.09Mb. Technically, an hourly close above $66.66 resistance level is needed to open the door to further upside.