Following the Brexit and following Trump’s election, market focus obviously turns to the Italian Referendum. Among political and market commentators, there is a feeling that Renzi’s premiership is clearly at risk: The No campaign is ahead in pools and, in particular, the protest vote seems to have no intention to stop, especially in Europe.

As a result of this political turmoil, Italian government bonds remain constantly under pressure and the underperformance of the Italian 10Y generic BTP versus the Spanish 10Y generic BONOS, since the referendum announcement day (April 2016), already sent a clear message in that sense. 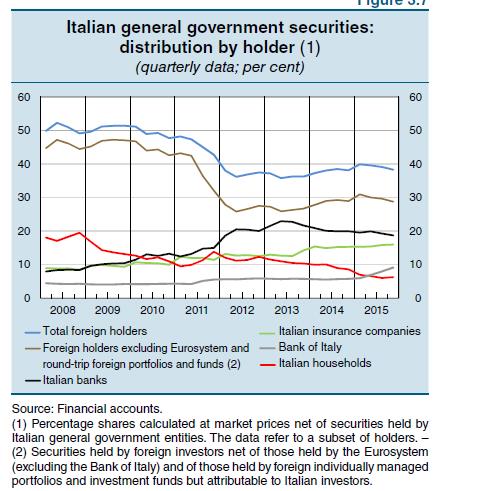 Comparing the FTSE Italia All Share banks, the main index on the Italian banking sector, and the 10Y BTP's yield we main find a clear negative correlation, with some time lag. In addition expectations of a limited extension of the ECB quantitative easing program and the uncertain political scenario in Italy are likely to put addtional pressure on yield. In conclusion, the Italian banking industry is going through an intense reshaping of its business model, in some case with a clear need of capital injections. The recent sell-off in the government bonds space, Italian included, is unlikely that will provide some relief.