The heightened political risks across the globe and persistent Trump uncertainties have sparked a sense of unease which continues to pressure the financial markets. Global stocks remain extremely volatile amid the jitters with gains potentially limited as the era of political uncertainty encourages investors to scatter away from riskier assets. Although Asian shares were slightly higher on Thursday following the rising confidence towards the Chinese economy, the upside should be capped by risk aversion. In Europe, stocks were buoyed by the upbeat earnings reports but concerns over the pending elections in France, Germany, and Netherlands could expose shares to downside losses. Wall Street displayed exhaustion on Wednesday with prices poised to edge lower during trading today if optimism starts to wane over Donald Trump's proposed fiscal policies coming into effect. With political risk and anxiety almost dictating where the markets trade, investors may use this period of uncertainty to seek safety in safe-havens such as Gold.

The mixed signals being sent by the Trump administration on the value of the Dollar coupled with the lack of clarity offered on the market shaking fiscal policies have left the Greenback vulnerable to losses. Sellers may exploit the downside momentum on the Dollar moving forward with further selloffs expected if concerns heighten over Trump's protectionist policies negatively impacting growth in the United States. Although the prospects of higher US interest rates has the ability to protect the Dollar in the longer term, the Trump-off trading environment and sheer uncertainty could expose prices to steeper losses.

With the economic calendar fairly light today, price action should dictate where the Greenback concludes. From a technical standpoint, a breakdown below 100.00 on the Dollar Index could encourage a further selloff lower towards 99.00. 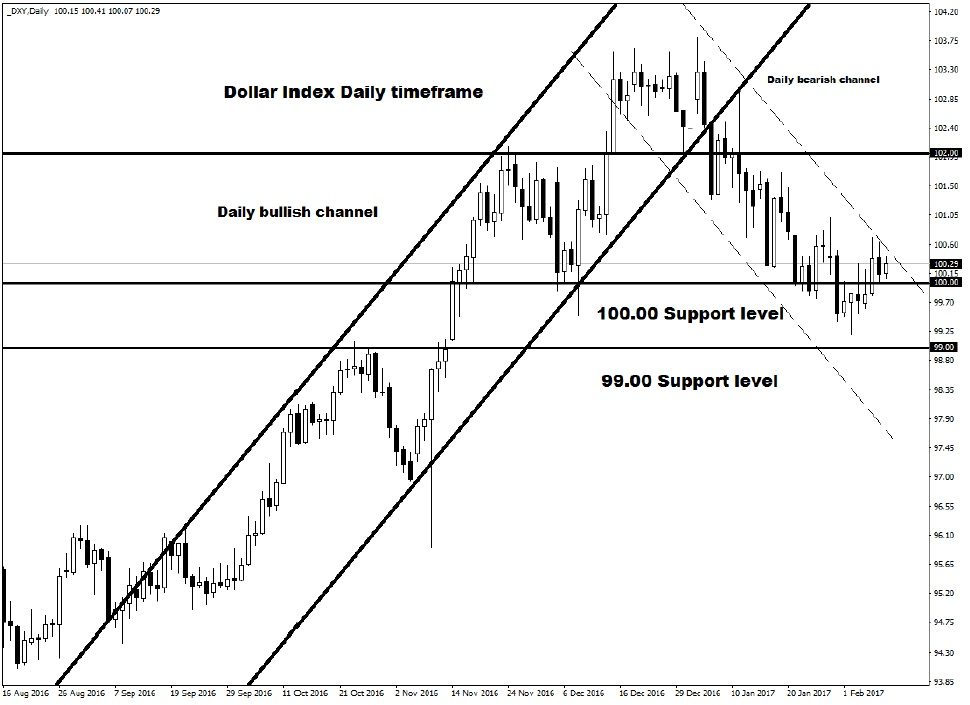 The series of pending elections in Europe which may spark uncertainty, coupled with the threat of Eurosceptic parties gaining ground and destabilising the unity of the Eurozone continues to pressure the Euro. Sentiment remains firmly bearish towards the EUR and recent reports of Greece's debt crisis returning with a vengeance could encourage bearish traders to attack the EURUSD incessantly. The International Monetary Fund has warned that Greece may not achieve the required target to qualify for a cash bailout with discussions already on the rise of a potential Grexit. This terrible cocktail of uncertainty and political risk could ensure the parity dream on the EURUSD becomes a reality in the longer term. From a technical standpoint, the EURUSD remains slightly pressured on the daily charts with a breakdown below 1.0650 sparking a selloff lower towards 1.0500. 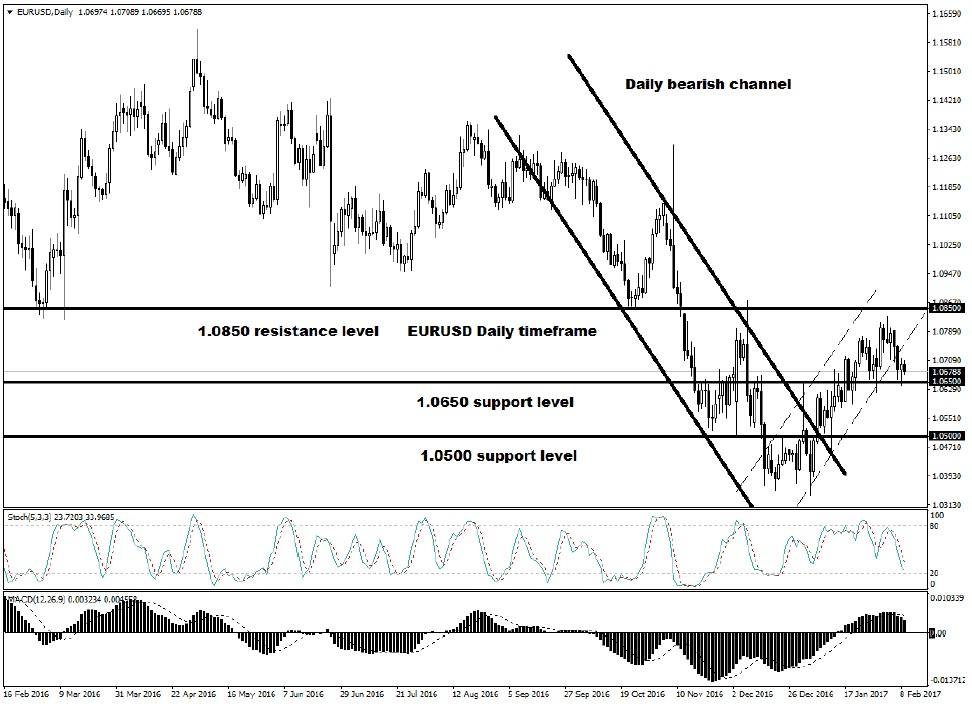 In this period of uncertainty, political risk and market jitters, Gold remains a trader's best companion and such was observed this week when the precious metal charged to a fresh 3 month high at $1244.67. Risk aversion remains rife across the financial markets while developments in the United States and globally have created tension consequently boosting appetite for safe-haven investments. While the prospects of higher US interest rates this year may pressure Gold in the longer term, this yellow metal has risen to prominence in the short term with further gains expected as anxiety intensifies. From a technical standpoint, Gold is bullish on the daily charts are there have been consistently higher highs and higher lows. The current upside momentum could offer enough inspiration for bulls to send Gold higher towards $1250. 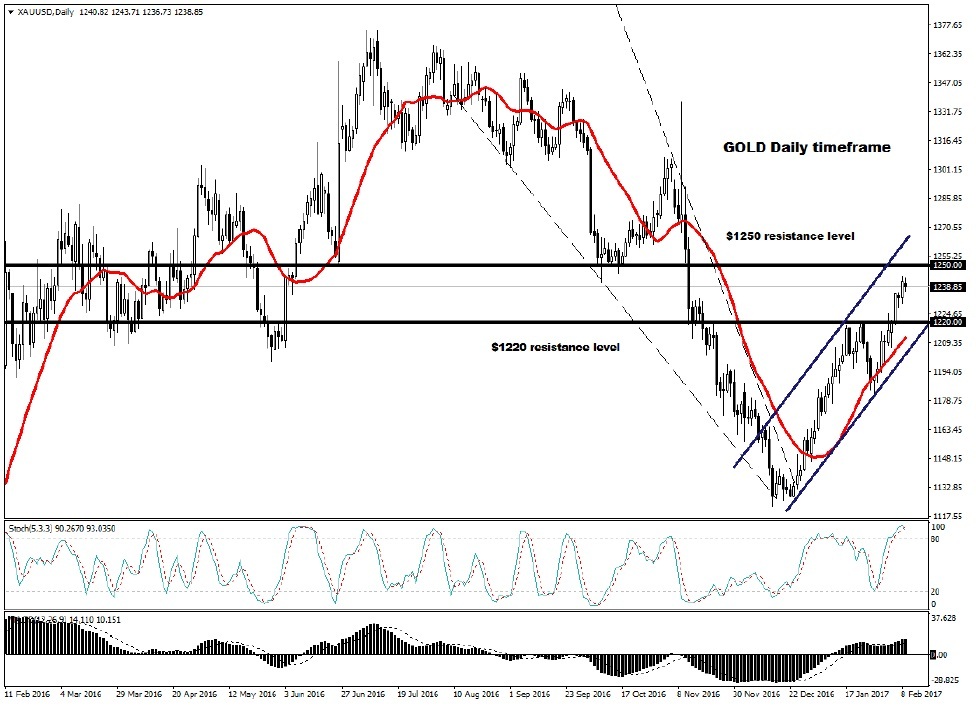