(1) Japan, like the United States but unlike the European Union, reports the net savings rate, i.e. after fixed capital consumption.

Impact of low rates on the saving behavior of Japanese households 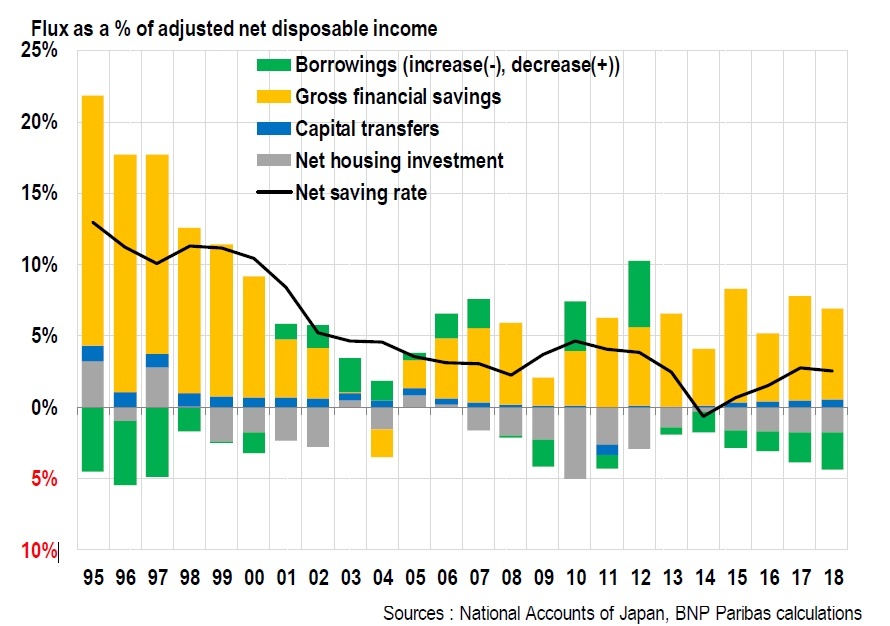