The XAU/USD pair failed to break above $1,800 in the previous week and opened in a calm manner on Monday as investors stayed on the sidelines ahead of key macroeconomic events of the week. After fluctuating in a relatively tight range around $1,780, the pair lost its traction on Thursday and dropped to its lowest level in two weeks at $1,756. With the US preserving its strength ahead of the weekend, XAU/USD struggled to stage a convincing rebound and closed the week in the negative territory below $1,770.

The US Census Bureau reported on Monday that Durable Goods Orders rose by 0.5% in March following February’s contraction of 0.9%. Although this reading came in worse than the analysts’ estimate for an increase of 2.5%, it could not trigger a noticeable market reaction.

The monthly data published by the US Conference Board revealed on Tuesday that the Consumer Confidence Index improved to 121.7 in April from 113 in March. Underlying details of the publication showed that the One-year Consumer Inflation Rate Expectations stayed unchanged at 6.7%.

The greenback struggled to find demand but the modest increase seen in the US Treasury bond yields didn’t allow XAU/USD to gain traction.

Following its two-day meeting, the FOMC announced on Wednesday that it left its policy setting unchanged, keeping the target range for federal funds steady at 0%-0.25%. “The Fed will continue to increase bond purchases by at least $80 billion/month of treasuries and $40 billion/month of MBS until substantial further progress made on maximum employment and price stability goals,” the Fed reiterated. On a positive note, the FOMC adopted a more optimistic tone with regards to economic outlook and acknowledged that the sectors most adversely affected by the pandemic remain weak but have shown improvement.

Despite the upbeat outlook, FOMC Chairman Jerome Powell refrained from commenting on the possible timing of tapering and continued to downplay inflation concerns. "It seems unlikely that we would see a persistent rise in inflation while there is still significant slack in the labor market,” Powell said.

On Thursday, the first estimate from the US Bureau of Economic Analysis (BEA)  showed the Real Gross Domestic Product (GDP) expanded at an annual rate of 6.4% in the first quarter of 2021, compared to the market expectation of 6.1%. Additionally, the weekly Initial Jobless Claims declined to 553,000 from 566,000. Supported by these strong figures, the benchmark 10-year US T-Bond yields shot higher and rose more than 4% intraday, weighing heavily on gold.

Finally, the BEA said on Friday that the Core Personal Consumption Expenditures (PCE) Price Index climbed to 1.8% on a yearly basis in March, as expected. Furthermore, the University of Michigan’s Consumer Sentiment Index improved to 88.3 (final) in April from 84.9 in March.

The ISM Manufacturing PMI report from the US on Monday will be looked upon for fresh impetus. However, it shouldn’t be a surprise if this data shows ongoing expansion in the business activity at this point. Nevertheless, market participants are likely to look for fresh clues regarding price pressures. The IHS Markit’s latest PMI surveys underlined that producers were having a difficult time finding low-wage workers and were starting to pass price increases to clients amid supply constraints.

On Wednesday, the ISM Services PMI, the ADP Employment Change and the weekly Initial Jobless Claims data will be featured in the US economic docket.

The US Bureau of Labor Statistics will release the April Nonfarm Payrolls (NFP) figures on Friday. Investors expect the NFP to increase by 925,000. The wage inflation, as measured by the Average Hourly Earnings, will be a key detail in the US jobs report.

The US T-bond yields’ reaction to changing inflation expectations is likely to continue to impact XAU/USD’s action. 1.75% aligns as a significant resistance for the 10-year US T-bond yield and a move beyond that level could trigger a sharp decline in gold prices. On the other hand, XAU/USD could target $1,800, once again, in case yields turn south. 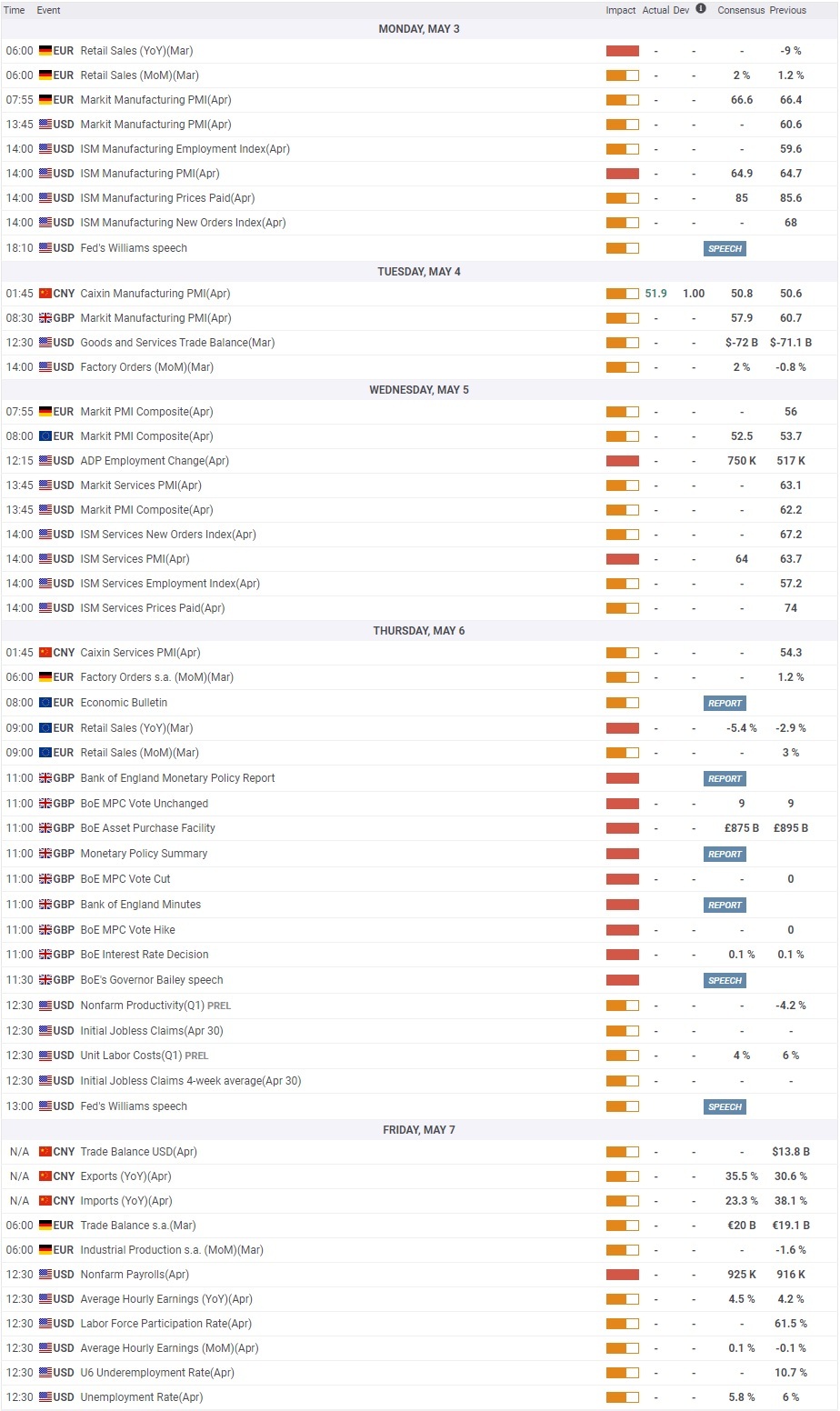 On the daily chart, the Relative Strength Index (RSI) indicator retreated to 50, suggesting that buyers are having a tough time staying in control of the price. Moreover, XAU/USD closed the last two trading days of the week below the ascending trend line coming from March 31. 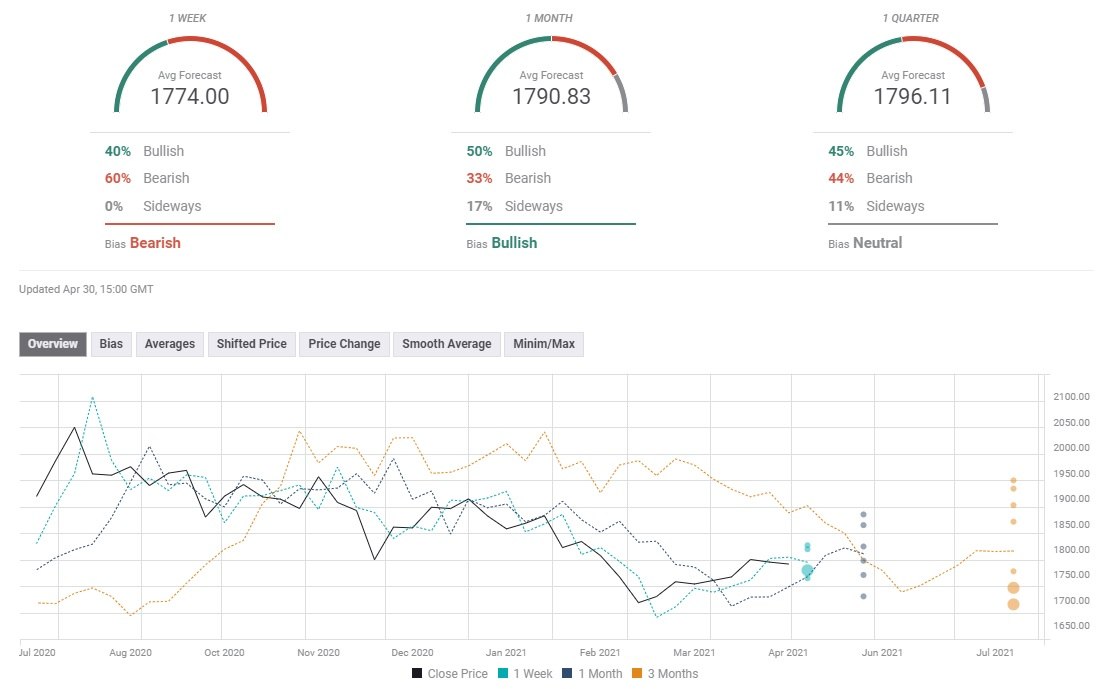