Another consolidation candle and muted gain on gold yesterday is progressing the recent rally but still at a slow pace. This is now the fourth consecutive candle closing within $5, all under the near to medium term resistance $1474/$1480. Reaction to the prospect of Trump raising tariffs again could be key (you would think this would be decisively gold positive). Initially, the move has been positive, but if there were to be continued resistance under $1480 it would be a sign that the market is wary of chasing gold higher from here. There is a mini higher low at $1456 from Monday’s low which needs to hold to prevent renewed selling momentum from building up again. We continue to sell this recent rally as counter to what is a corrective outlook on gold, predicated on the likelihood of an agreement between US/China being struck at some stage in the coming weeks. Momentum indicators still have upside potential in an unwind, as the rally continues. However, overhead supply is now coming into play and an opportunity could be ahead. 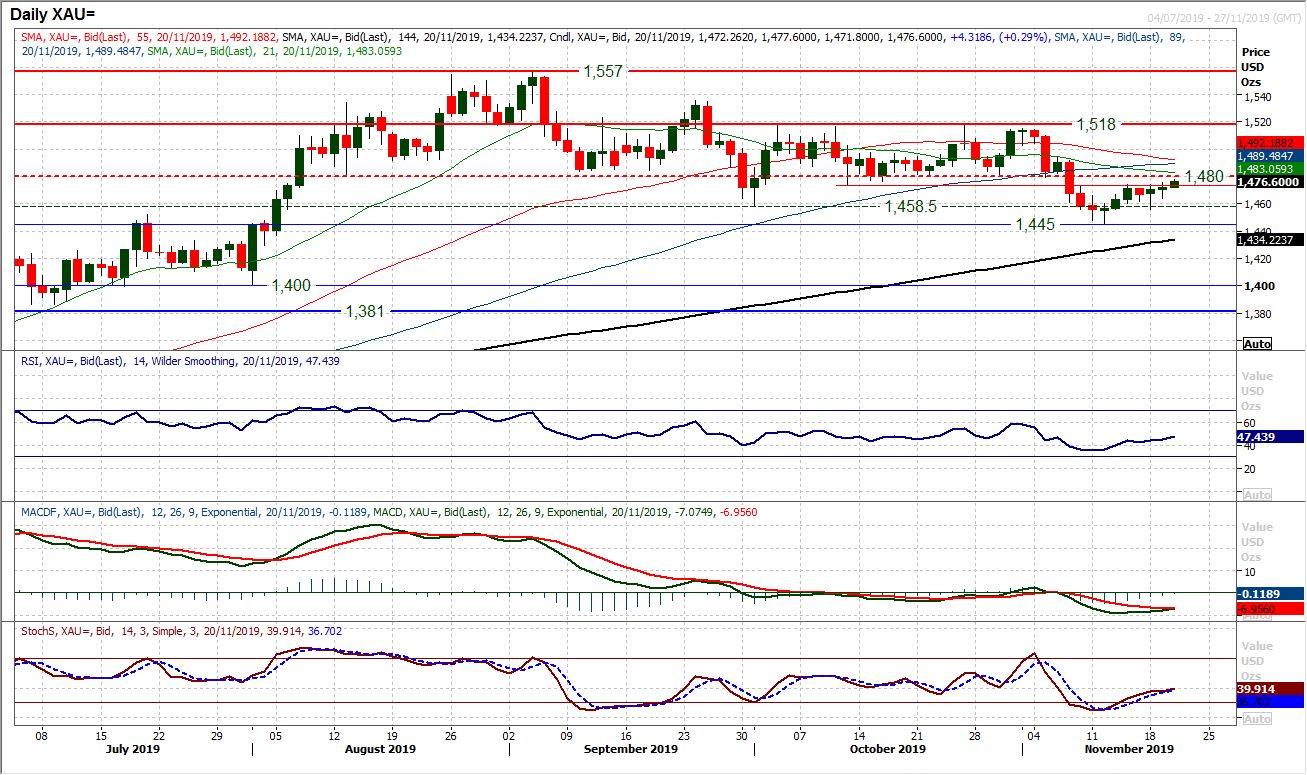