Following the release of the NFP report, gold prices surged to our defined level of $1835. The move following the NFP report was entirely predictable. Prices are expected to rise as long as they trade above $1765. In the trading comments section, we flatly stated that $1800-$1805 is the support level, with a target of $1835. Following the bottom in $1680, $1835 is regarded as the initial resistance. This article will address the gold reaction at $1835.

Based on the information discussed in the previous update, we clearly stated that gold prices are expected to rise in the section of personal opinion. According to the short term cycles of August 7th, gold prices were likely to bottom on August 7th. Prices produced a bottom on the expected date, and shot higher. The next short-term cycle is not due until the next few days. The main question now is whether gold will break through the $1835 level and rise to the $1900 level. Or maybe another correction is on the way before September becomes the seasonal month.

On the other hand, we anticipated a strong bounce from the $23.01 level. Because there were three attempts on this level, it became the benchmark. The formation of an inverted head and shoulder indicated that the silver had reached new heights. That was the motivation for purchasing silver at $24.01. The price broke through the neckline and rocketed to the first resistance level of $24.60-70, from which a pullback is now underway. In today’s report, we’ll look at the next steps for both metals.

The US dollar index has produced a resistance and is now falling as expected. Our scenario for the US dollar has not changed, and it is likely to fall sharply once the sideways range expires. When the US dollar begins to fall, gold and silver will take advantage and break higher. The gold market remains sideways until the $1700-$1900 region is clearly broken. And it is very likely that this range will be broken very soon. 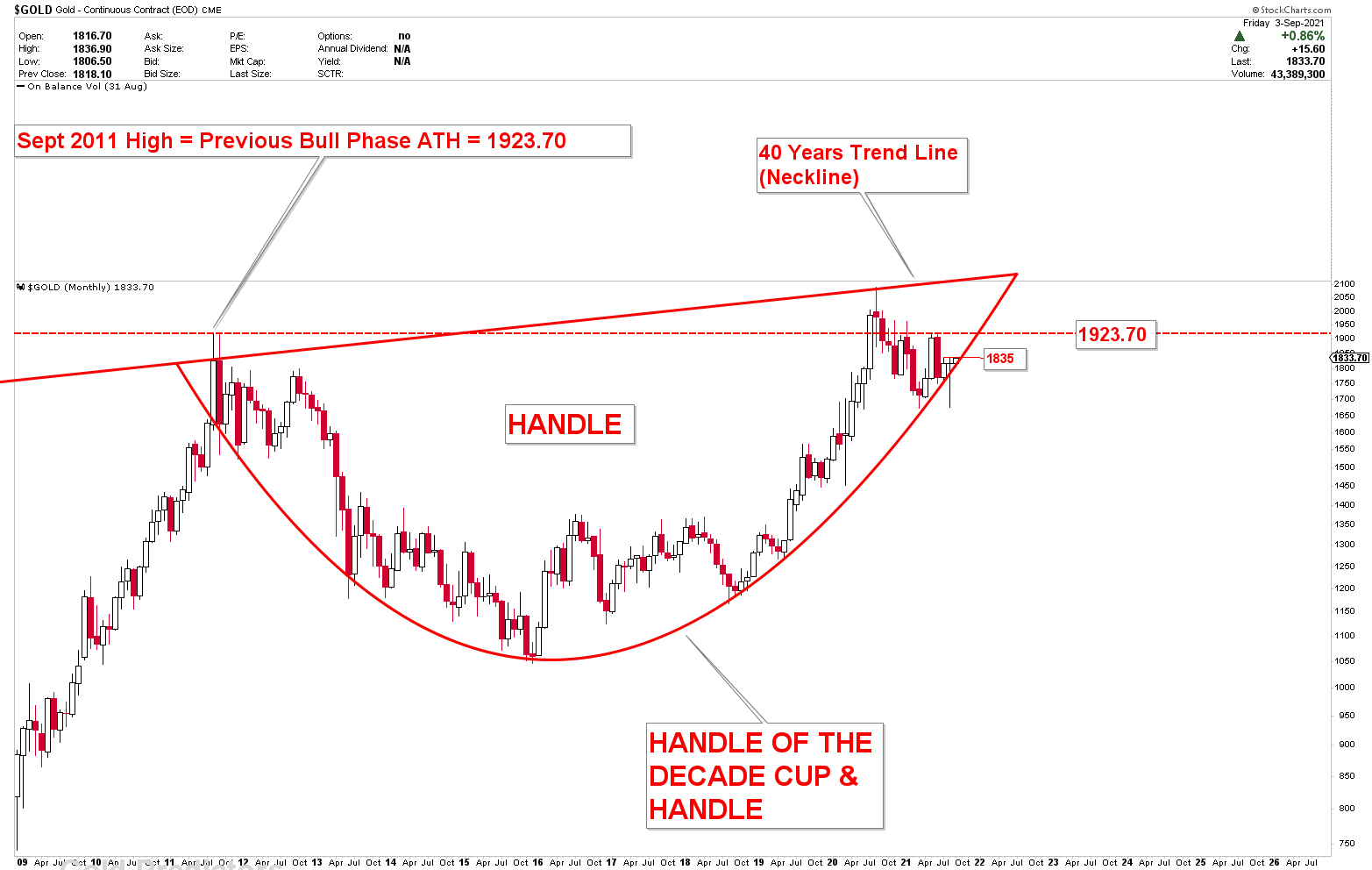