Gold ended the day on Friday in positive territory having swept a key area on the daily chart that was highlighted as a target zone in last week's pre-open analysis. The moves came on the back of the US dollar peaking mid-week. However, analysts at TD Securities argued that the yellow metal remains overvalued relative to real rate. ''Other reportables continue to hold onto their complacent length, we think risks of a breakout lower in gold prices are rising.''

Nevertheless, technically, there is still a case for a deeper correction, especially should the US dollar continue to reverse course: 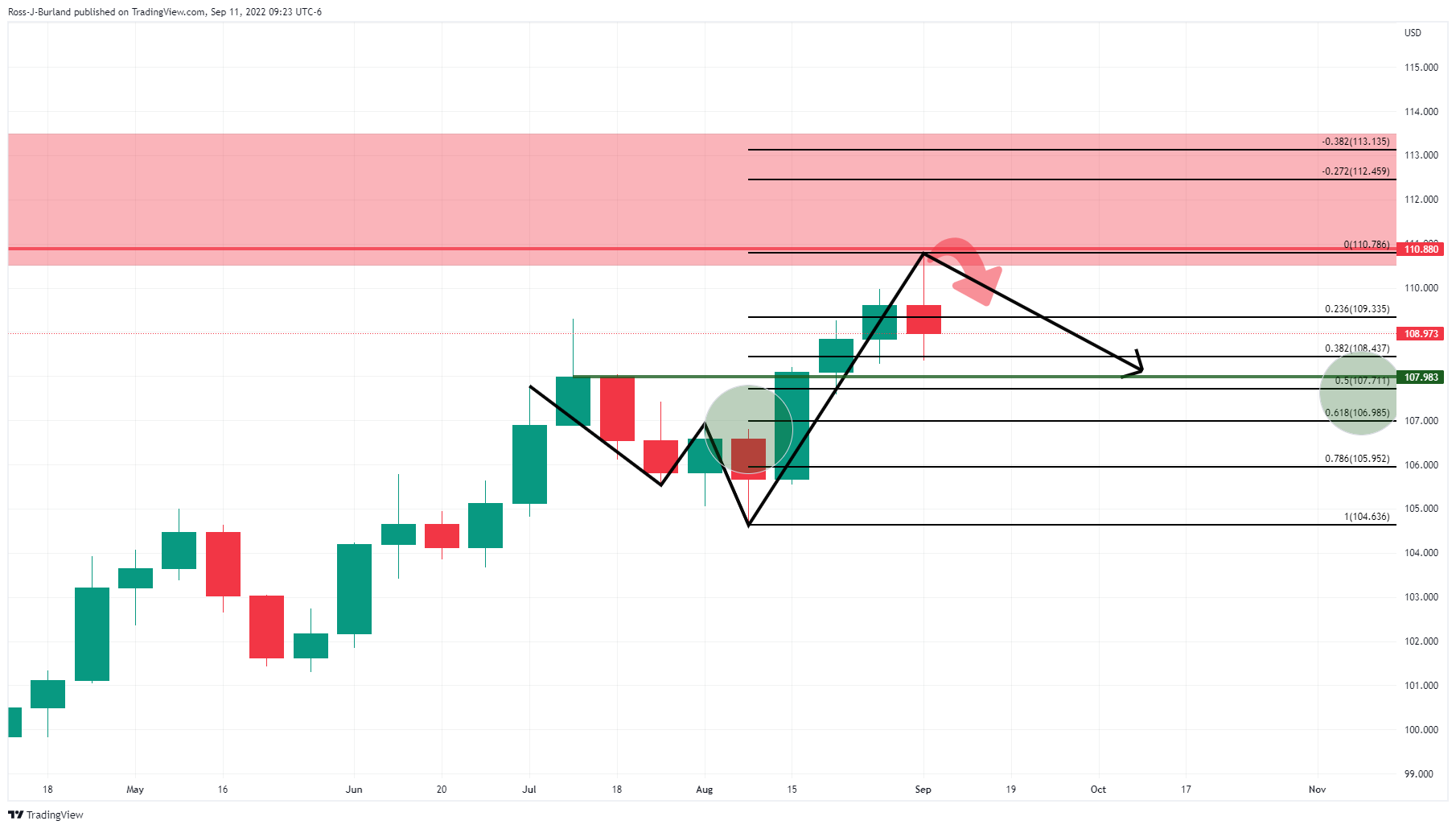 The DXY, an index that measures the US dollar vs. a basket of currencies, has been called at a prior weekly structure near 110.80 and has subsequently started to revert towards the prior closing highs of mid-July in what would be a 50% mean reversion. Thereafter, there is room to the neckline of the W-formation in a 61.8% Fibonacci retracement around 107 the figure. In such a scenario, this would likely support the yellow metal and the following illustrates the bullish thesis on the charts:

In last week's pre-open analysis, it was explained that the price had corrected from a strong sell-off on the daily timeframe. The bulls were moving in on a 38.2% Fibonacci retracement with prospects for a deeper correction as illustrated on the chart below:

The price was headed towards a price imbalance near $1,721 and beyond there, a 50% mean reversion comes in near $1,727 prior structure. If bears gave ground to the bulls, then the last defence was eyed as being a touch higher around $1,736 as a 61.8% Fibonacci retracement.

The daily chart has seen the price sweep up the price imbalance around $1,721 and the 50% mean reversion near $1,727 prior structure with a high of $1,729 made so far. A W-formation's neckline has acted as support which leaves prospects for a move higher for the week ahead.

The 4-hour chart's recent low of $1,711 could be important for the opening sessions. So long as bulls can hold on above there, then the structure will remain bullish and favour a move higher towards $1,735 resistance on a break of $1,720.

However, the extension of the downside remains probable for a retest of the 2021 lows around $1,676: