Gold price is treading water above $1,700 on Friday, as bulls take a breather after an impressive turnaround witnessing from 16-month lows of $1,681. The US dollar index has found support once again near the 106.40 region, making it difficult for the bright metal to sustain its recovery mode. With the previous rebound, the bullion is on track to book its first weekly gain in six. Investors assess the implications of a more hawkish ECB outcome and encouraging quarterly earnings report but fears over an imminent global recession lurk ahead of Friday’s euro area, UK and US preliminary S&P Global Manufacturing and Services PMIs.

Despite the return of Russian gas flows to Europe via the Nord Stream 1 pipeline, the German and Eurozone remain on the brink of a contraction in their business activity. If the numbers disappoint, we could see a fresh round of risk-aversion globally, with the safe-haven flows back in the US dollar and the government bonds. The gold price recovery, therefore, could falter but the end-of-the-week flows will also have a pivotal role to play. Further, investors will readjust their positions into the weekly closing and ahead of next Wednesday’s Fed interest rate decision. 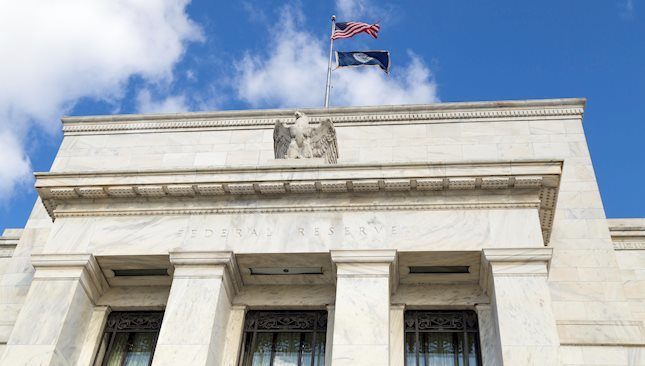 Thursday’s solid recovery in the bright metal was mainly driven by the revival of global growth fears after the ECB delivered a bigger than expected 50 bps rate hike to combat soaring inflation. Further, weak US jobless claims and Philly Fed Manufacturing Index added to the economic slowdown concerns, underpinning the metal’s allure as a traditional safe haven. The number of Americans enrolling for unemployment benefits rose for a third straight week last week. Meanwhile, the Philadelphia Fed’s July factory output index contracted for the second straight month, with the gauge falling to -12.3. Risks to global growth heightened, as the Fed is set to hike the interest rates by 75 bps when it meets next week to decide on its monetary policy. This was reflected in the surge in the US bonds, as the Treasury yields fell sharply across the curve. The benchmark 10-year US rates dropped back below the key 3% level.

After spotting a symmetrical triangle breakdown on the four-hour chart on Wednesday, Gold price extended the downside and hit the pattern target measured at $1,781.

As explained here, the metal did stage a solid comeback, helped by the oversold Relative Strength Index (RSI) conditions.

XAUUSD needs to defend the previous resistance now support of the 50-Simple Moving Average (SMA) at $1,714 for the upside to remain in place.

The RSI is now turning lower but holds above the midline, keeping bulls hopeful. The last line of defense for buyers is seen at the 21 DMA of $1,707.

A breach of the latter will reopen the downside towards $1,700 and the multi-months trough of $,1681.

On the flip side, a sustained move above the previous day’s high of $1,720, will revive the recovery momentum. Gold bulls will then aim for the July 18 high of $1,824.

The $1,830 round number will be put to test should the upswing gather steam.

AUD/USD pauses its renewed uptick just shy of 0.6700 after awful Chinese NBS Manufacturing and Services PMIs. The Aussie holds steady as investors assess the latest economic data from Australia and China ahead of the critical US events.