Gold could be in for a much-awaited corrective rally next week. At press time, the yellow metal is trading at $1,211 - largely unchanged week-on-week, but down 11.28 percent from the April high of $1,365.

Technicals are calling a corrective rally

Gold has taken out the descending trend line and has built a base around $1,205, adding credence to the bullish relative strength index (RSI) divergence. As a result, a corrective rally to the descending 50-day moving average (MA) could be on the cards. AS of writing, the 50-day MA is located at $1,250. 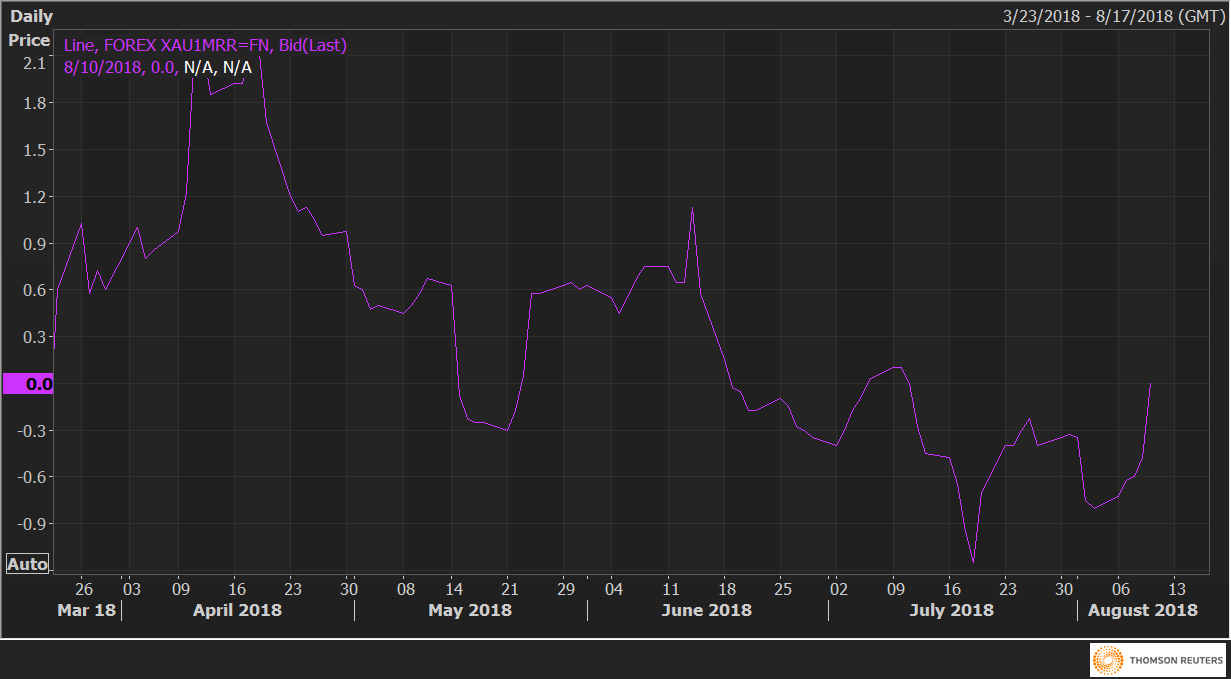 The XAU/USD (gold) one-month 25 delta risk reversals have risen from last Friday's print of -0.80 to today's level of zero, indicating the options market is no longer bearish on the yellow metal. The data only adds credence to the signs of short-term bullish reversal seen in the technical charts.

As seen in the above chart, gold has performed well in August in 13 out of the last 17 years. These numbers, when viewed against the backdrop of the bullish technical setup and the turnaround in the options market sentiment, indicate the metal is more likely to rally over the next week or two.