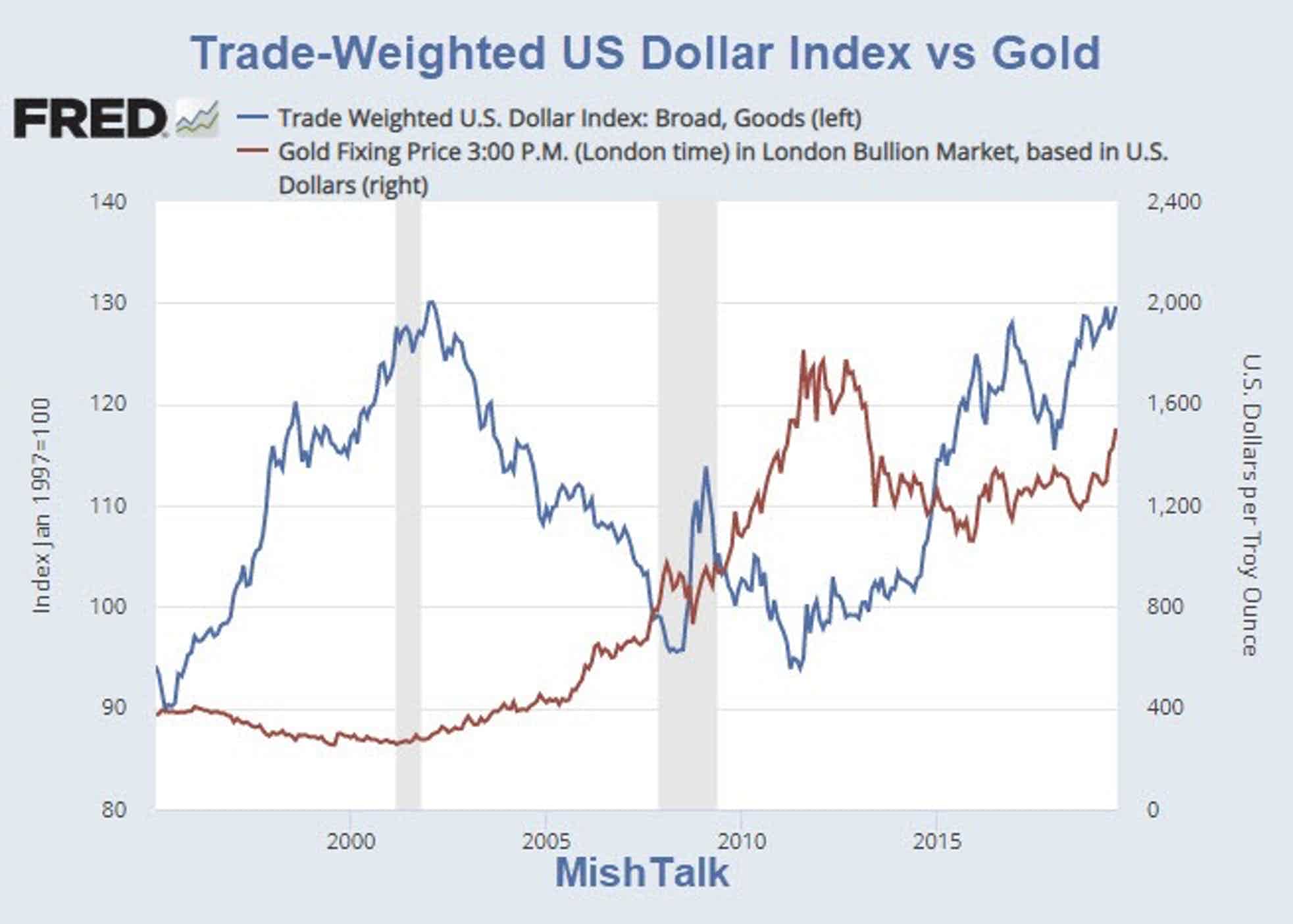 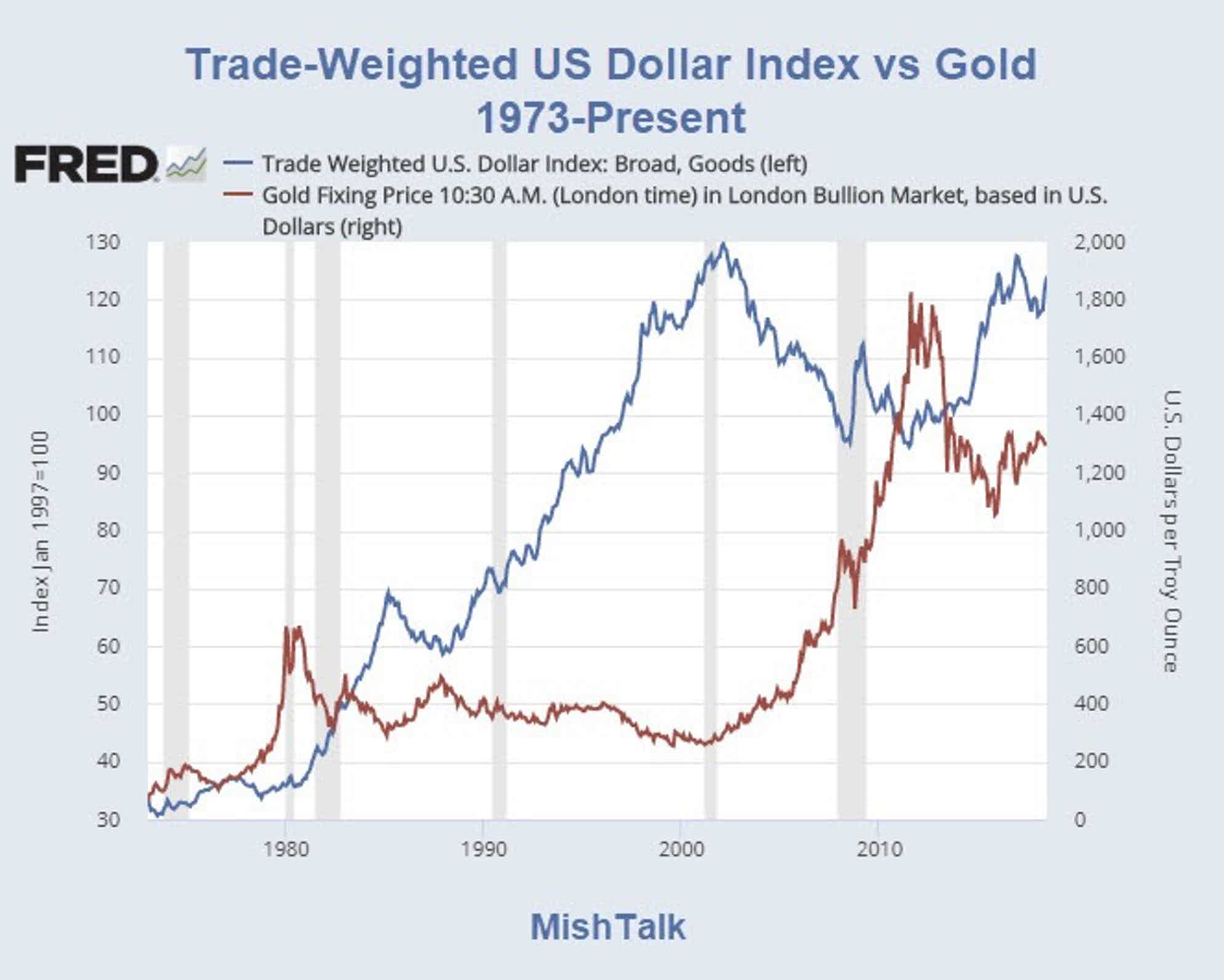 While gold generally moves opposite the dollar in day-to-day fluctuations, long term impacts are nonexistent.

Here is the chart with the index of gold and the dollar set to the same base year, 1997. 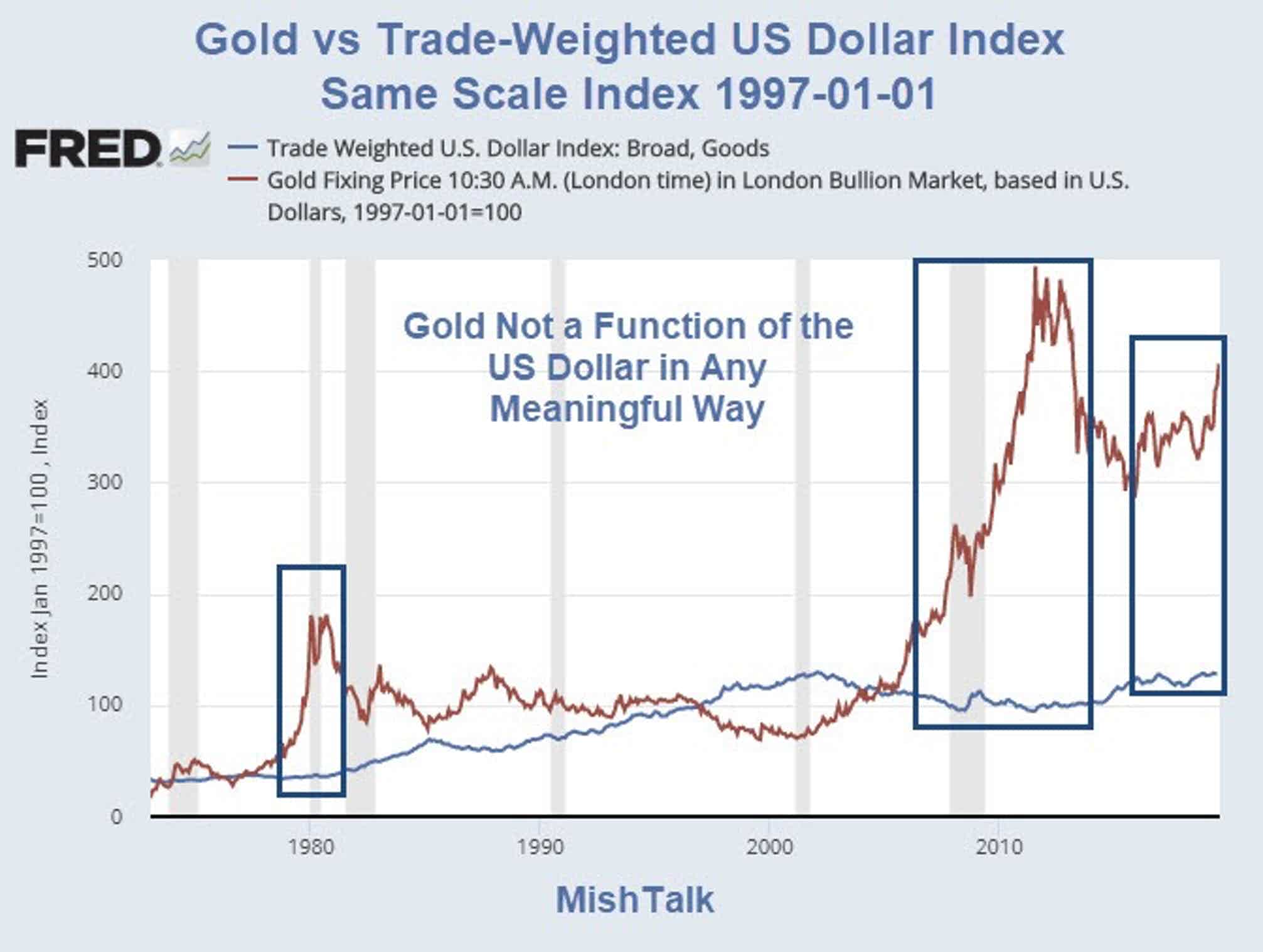 Gold vs the CPI 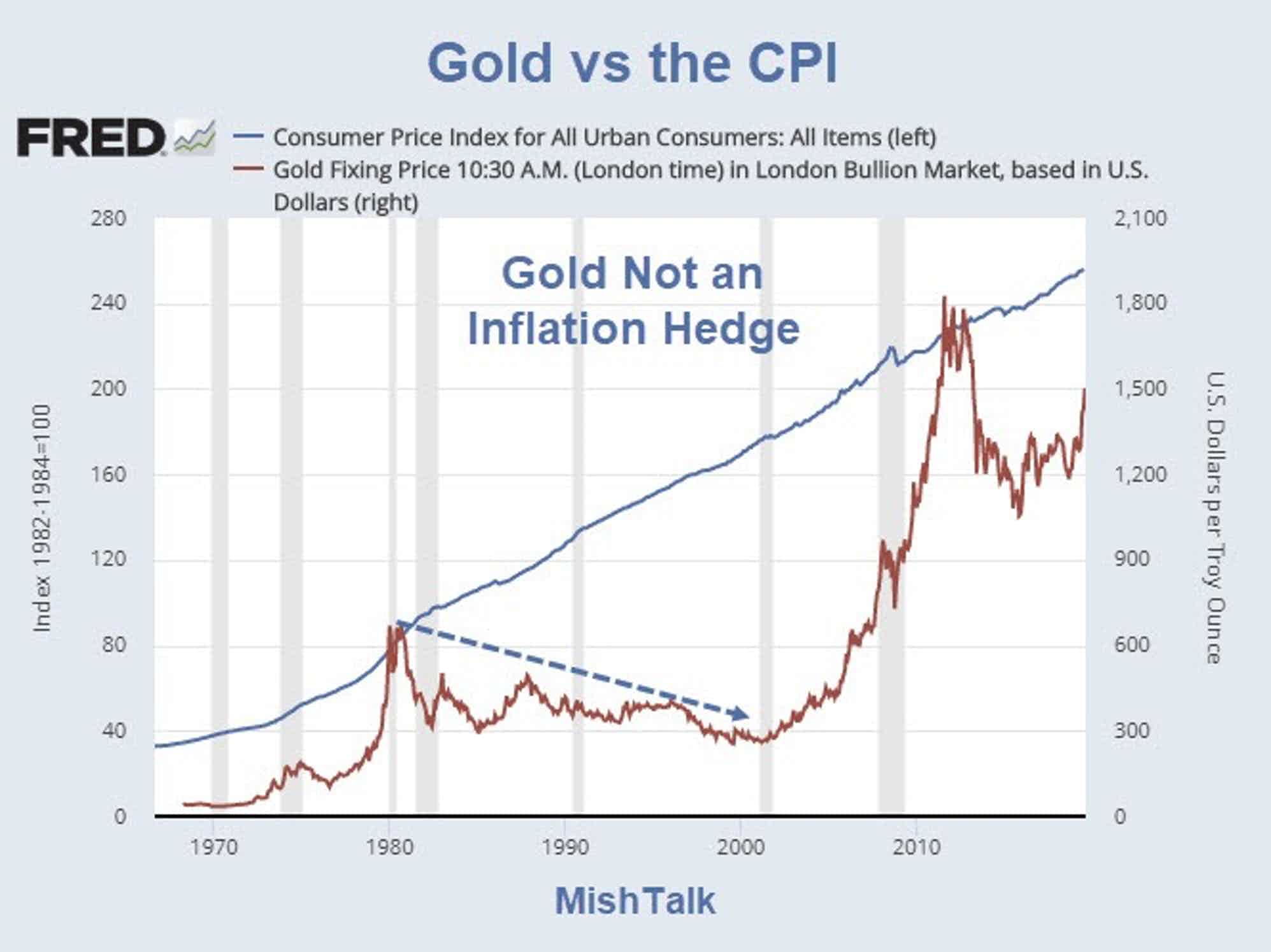 People had faith in the great "Maestro", Alan Greenspan.

But Mish, inflation is understated.

Indeed it is. Central banks are clueless regarding how to measure inflation. Bubbles are a direct consequence of inflation.

Note the implication: Because inflation is higher than reported, gold is even less of an inflation hedge!

There is one exception to the rule gold is not an inflation hedge.

The exception is extremely high rates of inflation, especially hyperinflation.

In case of hyperinflation, nearly any storable physical asset is a hedge: cheese, cigarettes, gasoline, etc.

So What Is It? 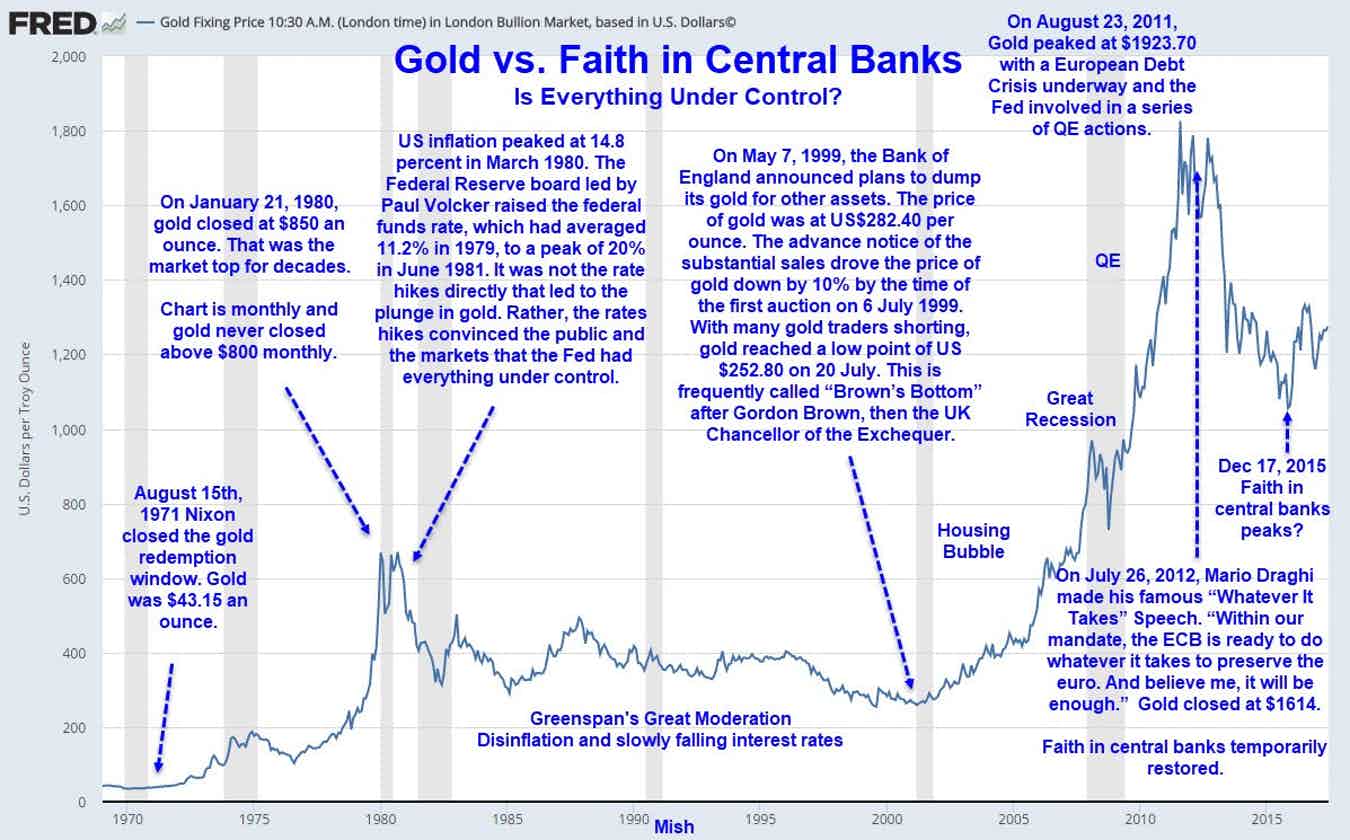 Measure of Faith in Central Banks

On a price per ounce basis, gold is primarily a measure of faith in central banks.

If you believe central banks have everything under control, don't buy gold.

But Why Have Faith?

If you believe monetary madness, negative interest rates, and negative rate mortgages prove central banks do not have things under control, then you know what to do.