As per the prior week's analysis, the price moved in on a 61.8% Fibonacci retracement on the 4-hour time frame, but the weekly target of $1,780 remains elusive with the bulls moving on last week at $1,786.78. 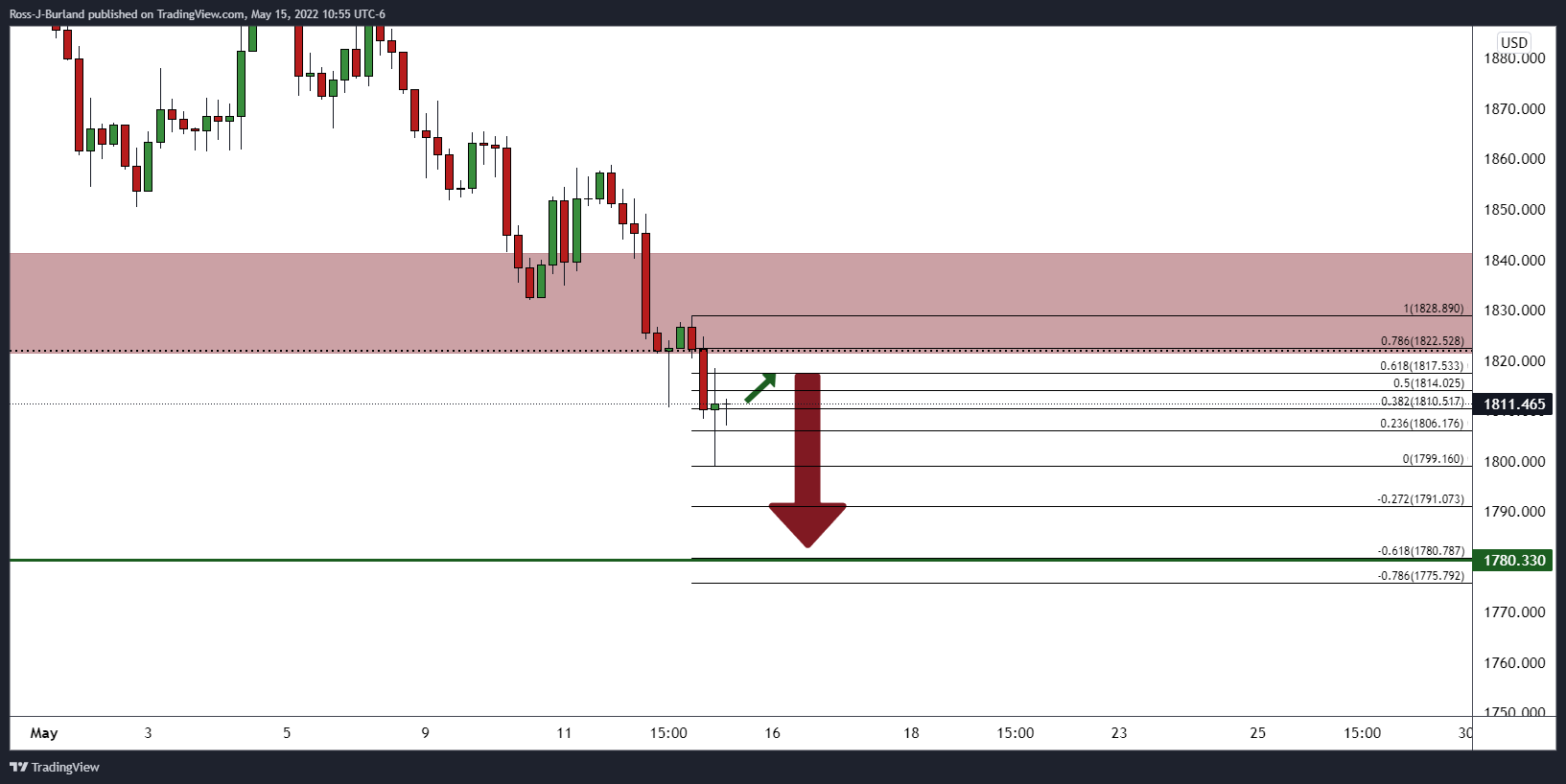 As illustrated, the price was forecasted to correct to the 61.8% ratio and then move lower towards the weekly $1,780 target. The outcome is as follows: 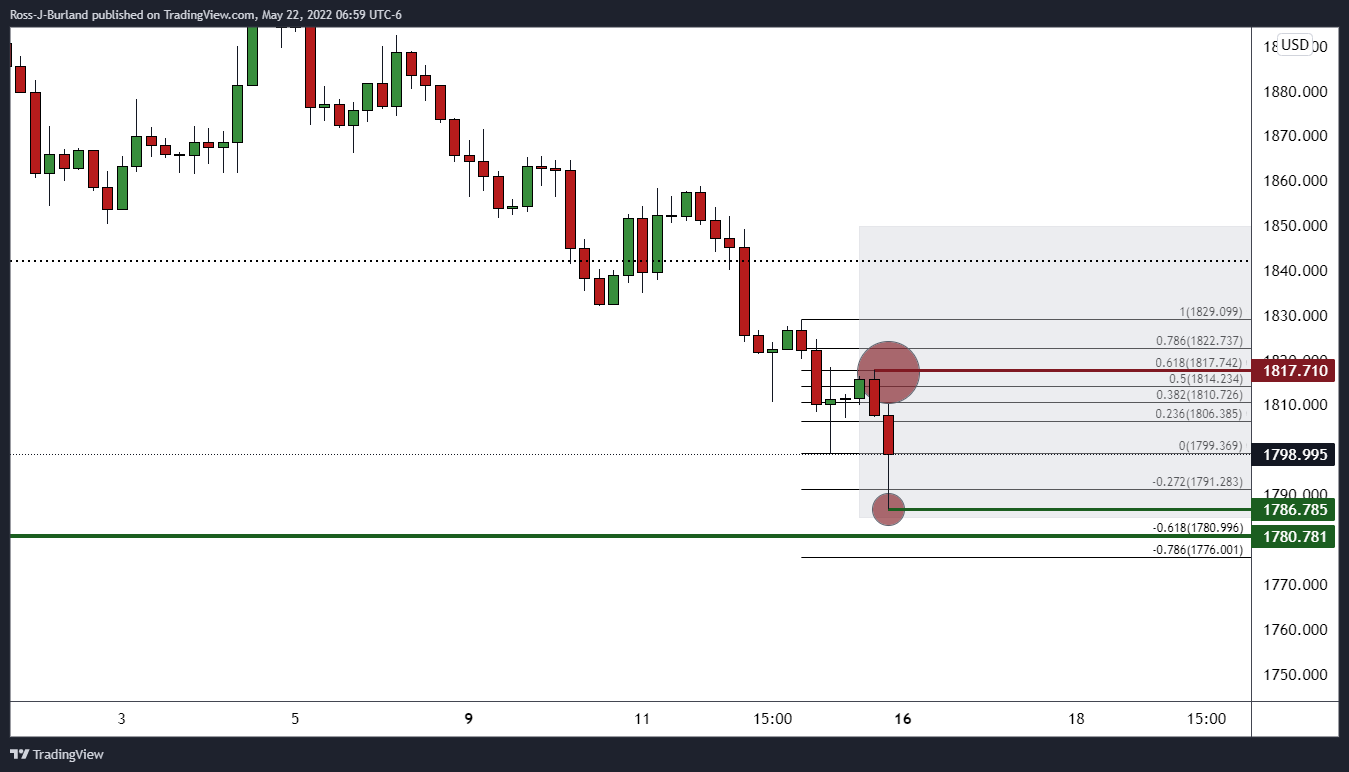 The price met the 61.8%-ratio for a perfect touch before melting towards the target. However, the bulls moved in $6.00 shy of the level. The price has since moved higher to test commitments in the vicinity of the $1,850 area: 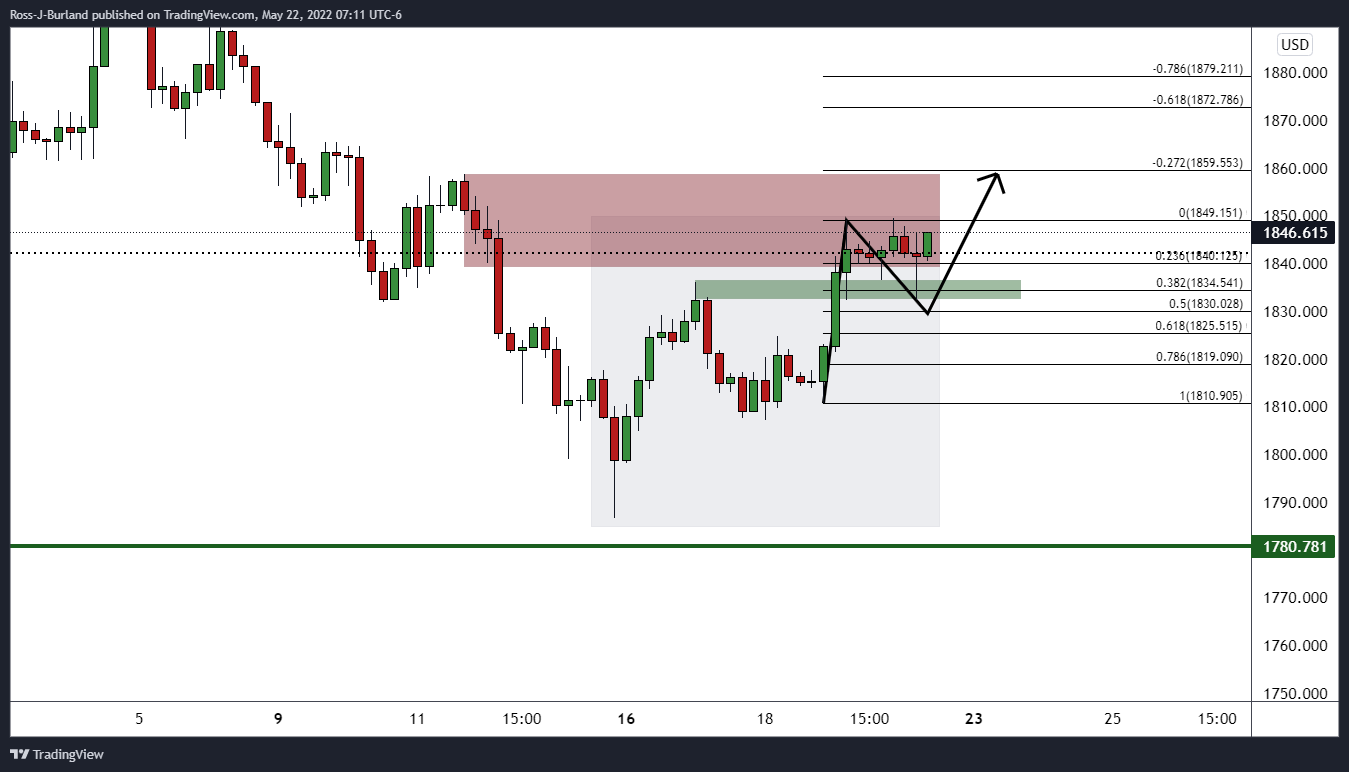 The price has met resistance but the test of the 38.2% ratio has attracted the bulls. There are now prospects for a deeper correction of the weekly bearish impulse in order to mitigate the price imbalance on the four-hour chart towards $1,858. Thereafter, a 38.2% Fibo of the weekly impulse is located at 1,867: 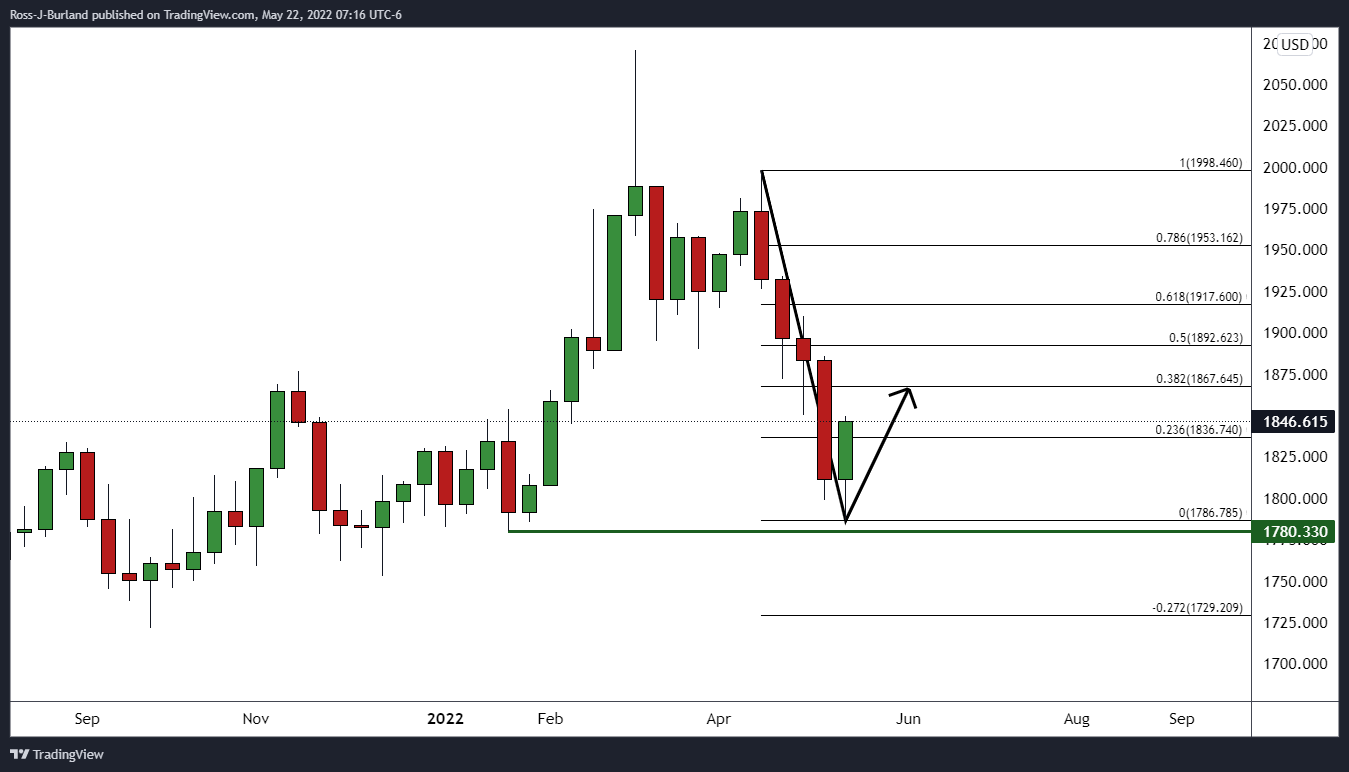 If the bulls commit to the cause, then there will be prospects of a move higher in a 50% mean reversion: 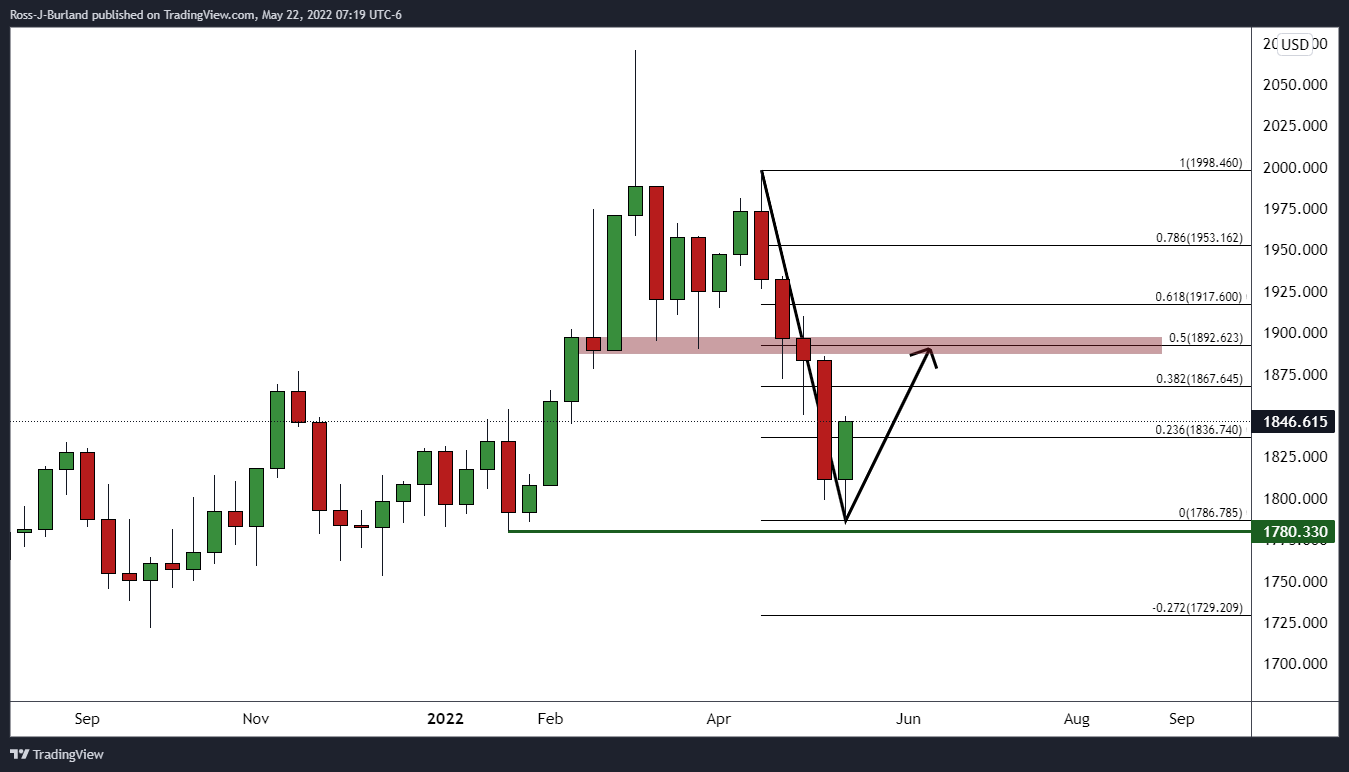 For the meantime, the daily chart is compelling as well. 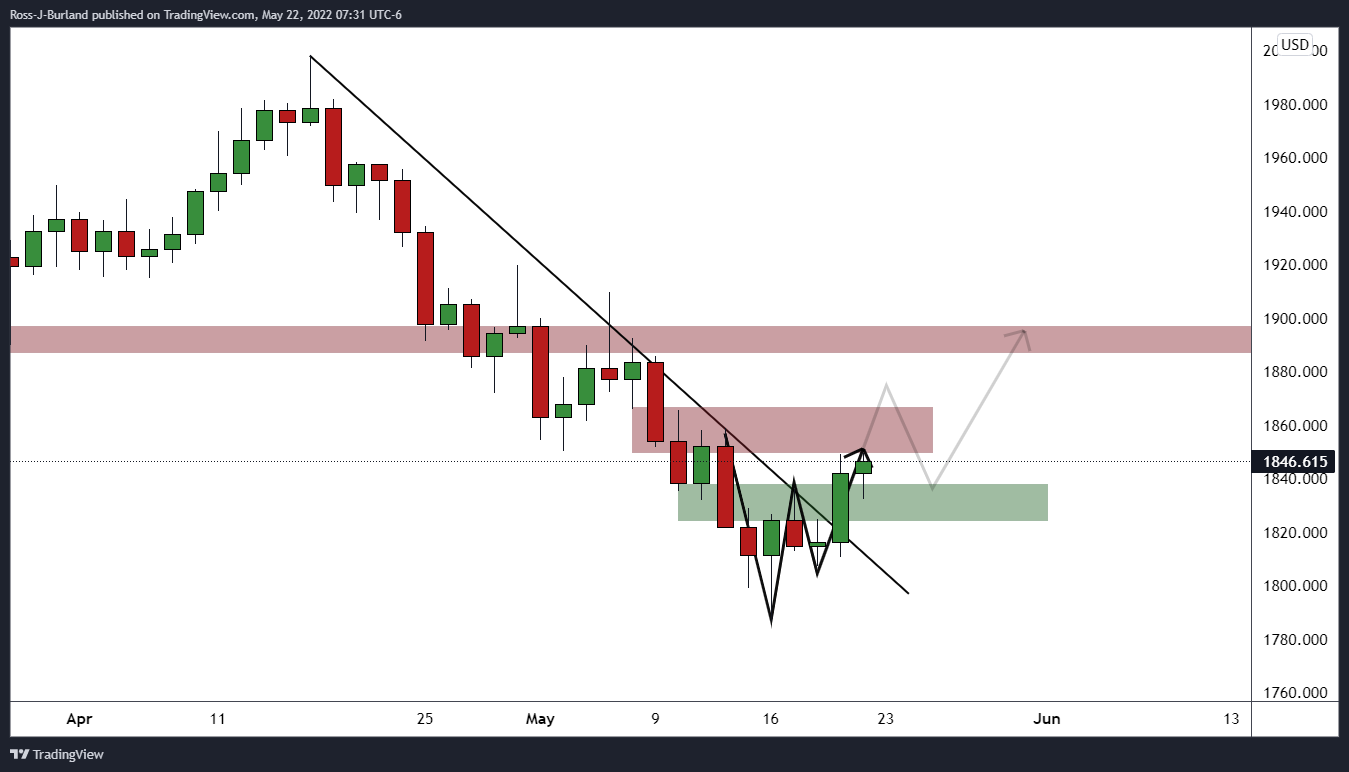 The price has carved out a W-formation. This is a reversion pattern and the price would be expected to restest the neckline in due course. However, a break of the resistance near $1,860 will be needed to open the pathway toward the 50% mean reversion target on the weekly chart for the days ahead.