The markets are waiting for the US data today – which includes Weekly Claims, (the new requests for unemployment benefits, with a previous of 385k and an estimate of 370k), the CPI inflation reading (with a prior of 0.8% per month and an estimate of 0.4%), as well as the more important underlying Core inflation (with a previous 0.9% monthly and 3.0% annually and an estimated 0.4% monthly and 3.4% annually) – in order to gain more clues about when the Federal Reserve will reduce the monetary stimulus.  Gold prices held steady on Wednesday as bond yields remained under pressure, with investors on the sidelines ahead of the US data and the policy meeting of the European Central Bank; Spot gold rose 0.1% to $1,893.89 an ounce, almost the same as US gold futures at $1,896.60.

Recently gold has struggled to hold a close above $1,900, and although the 10-year US Treasury yields have moved lower, it has failed to hit with the same bullish force for gold as on other occasions, although the inflation reading could boost the next big movement of the precious metal, which is expected to increase by 0.5% in May and 4.8% for the year.

Given the inflationary fears continuing to circulate in the capital markets, the anticipated purchase of silver and gold could boost the performance of short-term funds; however, bullish investors in precious metals could take advantage of the decline as capital markets keep their eyes on the Federal Reserve and its interest rate policy; as safe metals see little risk aversion in the global market,  that could limit the upside in the short term. August Gold futures rose $6.20 to $1,897.00 and Comex Silver for July delivery rose $0.129 to $28.025 an ounce. 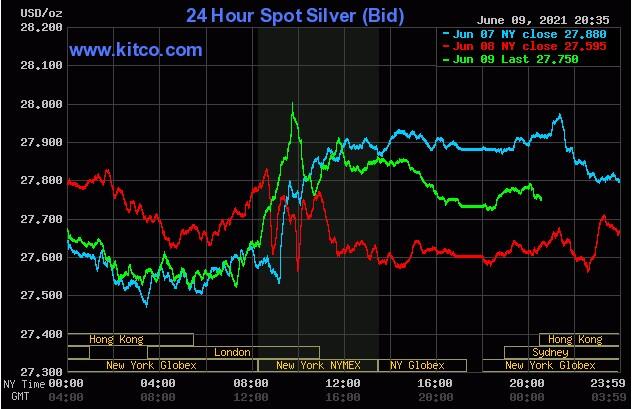 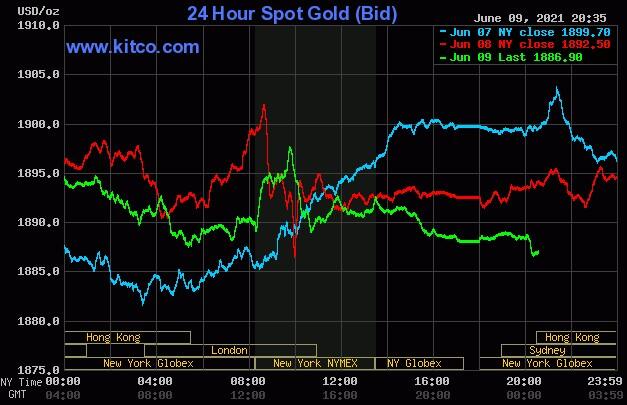 Although there has been improvement in some investor sentiment since the beginning of the year, driven by growing optimism that came with vaccine development and a faster-than-expected economic recovery in global markets, global markets have been kept under pressure. Gold prices for most of 2021 so far, expectations of higher inflation, and a gradual reduction from central banks are the key triggers that will drive gold prices going forward, and the yellow metal is likely to continue to attract investments as a hedge against other asset classes.

Gold paused its bullish rally that started after a double bottom at its low of $1677.79. The rally paused after forming a bearish divergence above the psychological level of $1900, where the price then fell close to the bullish guideline and Fibo support 61.8% at $1851.75 from the fall from January to March where the price returned to test the psychological level of $1900. It is currently in an equilateral triangle that seems to have the intention of breaking down, which would push the price back towards the channel’s upward guideline (which it has been in since the beginning of April). If the downward pressure is enough to break it, support would be at the last lows marked on the 61.8% Fib at $1851.75, the 38.2% level at $1825.31 and the range that marks the $1800 psychological level up to the 61.8% Fib at $1768.98. In case the equilateral triangle ends up breaking higher it would have to maintain the $1900 as well as break the previous highs at $1916.50 to try to test the maximums of the change of year 2021 at $1959.28. 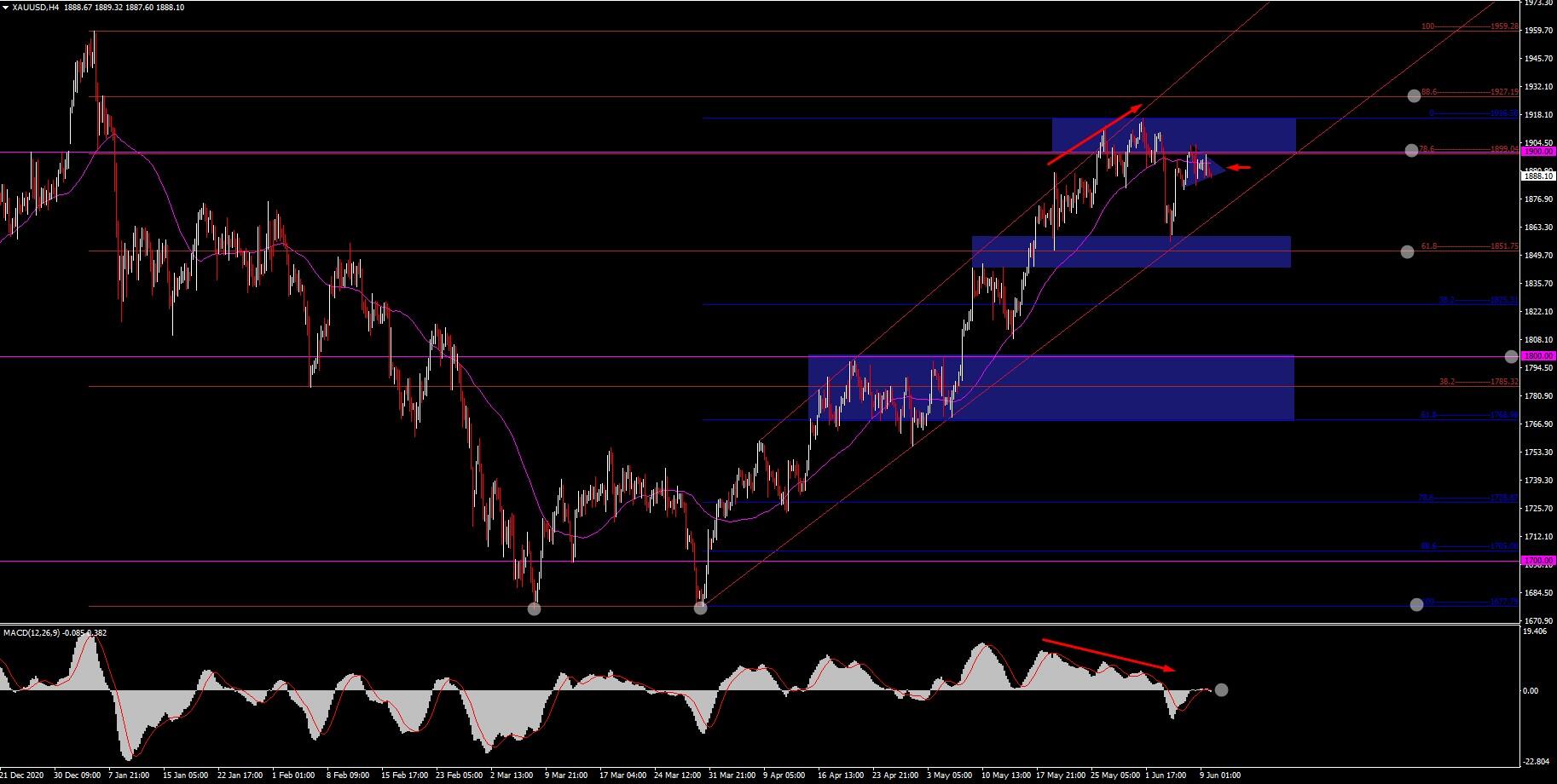 In addition, in the larger time frames there is a Cup and Handle pattern where the cup has already formed around the last lows and the support of $1700 could be the retracement in the form of an ascending flag to test the highs above $2000.