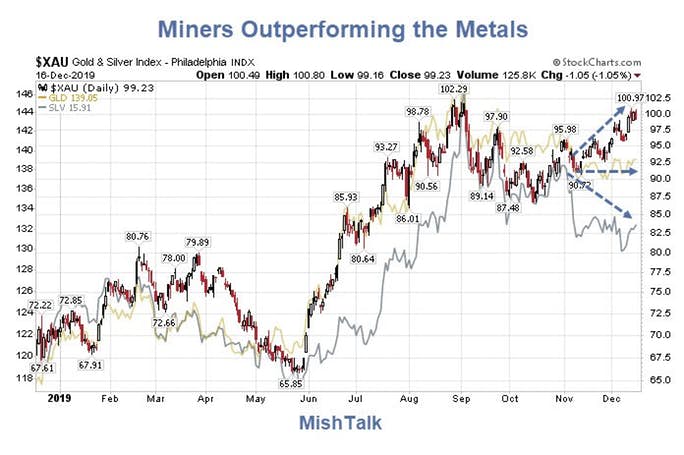 Miners vs the Metals Weekly 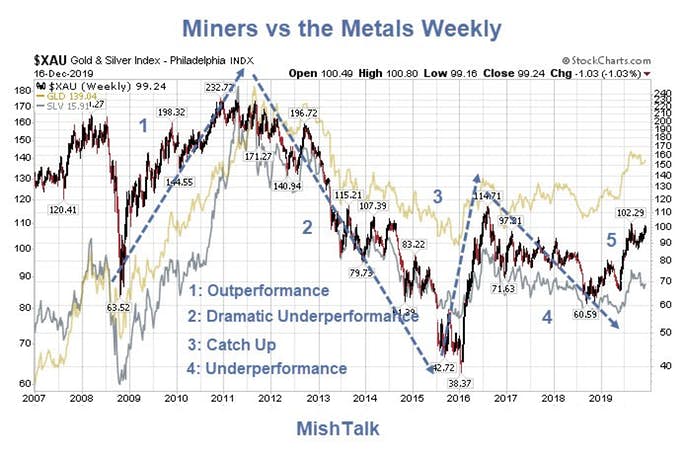 A weekly chart shows these periods of overperformance and underperformance can last a long time. Recent action in the miners is encouraging as are the technical charts. 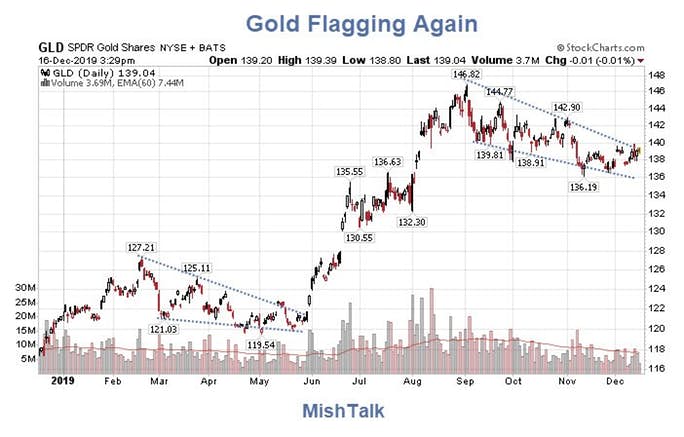 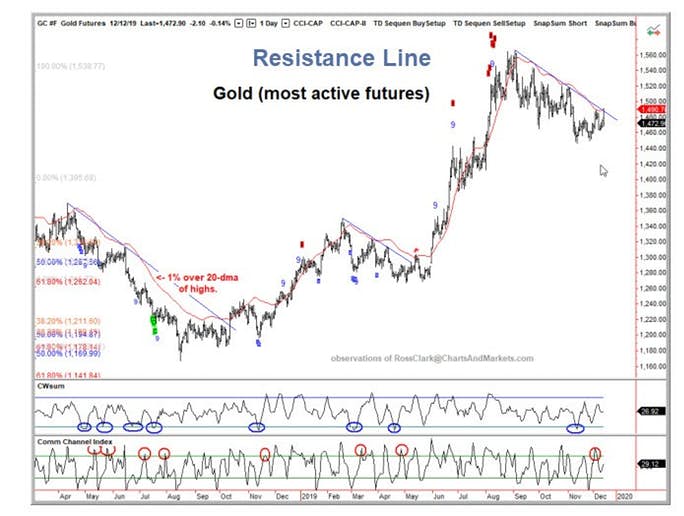 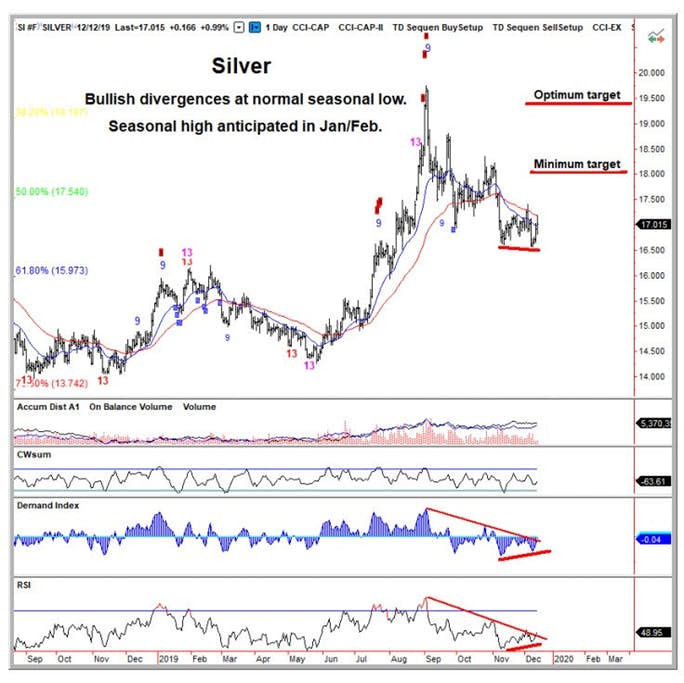 The preceding two charts are from Ross Clark at Charts and Markets, via Bob Hoye at Institutional Advisors. The numbers pertain to DeMark exhaustion signals, a method I do not follow, but many technicians do.

Silver loves to take out supporting lows, creating a Wyckoffian ‘Spring’ and bullish divergence in the RSI just prior to rallies. We have such a divergence now.

There were only four instances where silver prices continued to rally past March (2016, 2011, 2006 and 2004). Rallies most commonly advance around 17%. The smallest percentage gain was 9% with a few outliers in excess of 30%. If the $16.56 low of last week holds then we can anticipate a minimum target of $18.05 with a most likely target of $19.35. An optimum transaction would be a March call option with a strike price halfway to the target. Options are available for the futures contract and the SLV ETF.

Thanks to Ross Clark and Bob Hoye. The initial charts are mine.