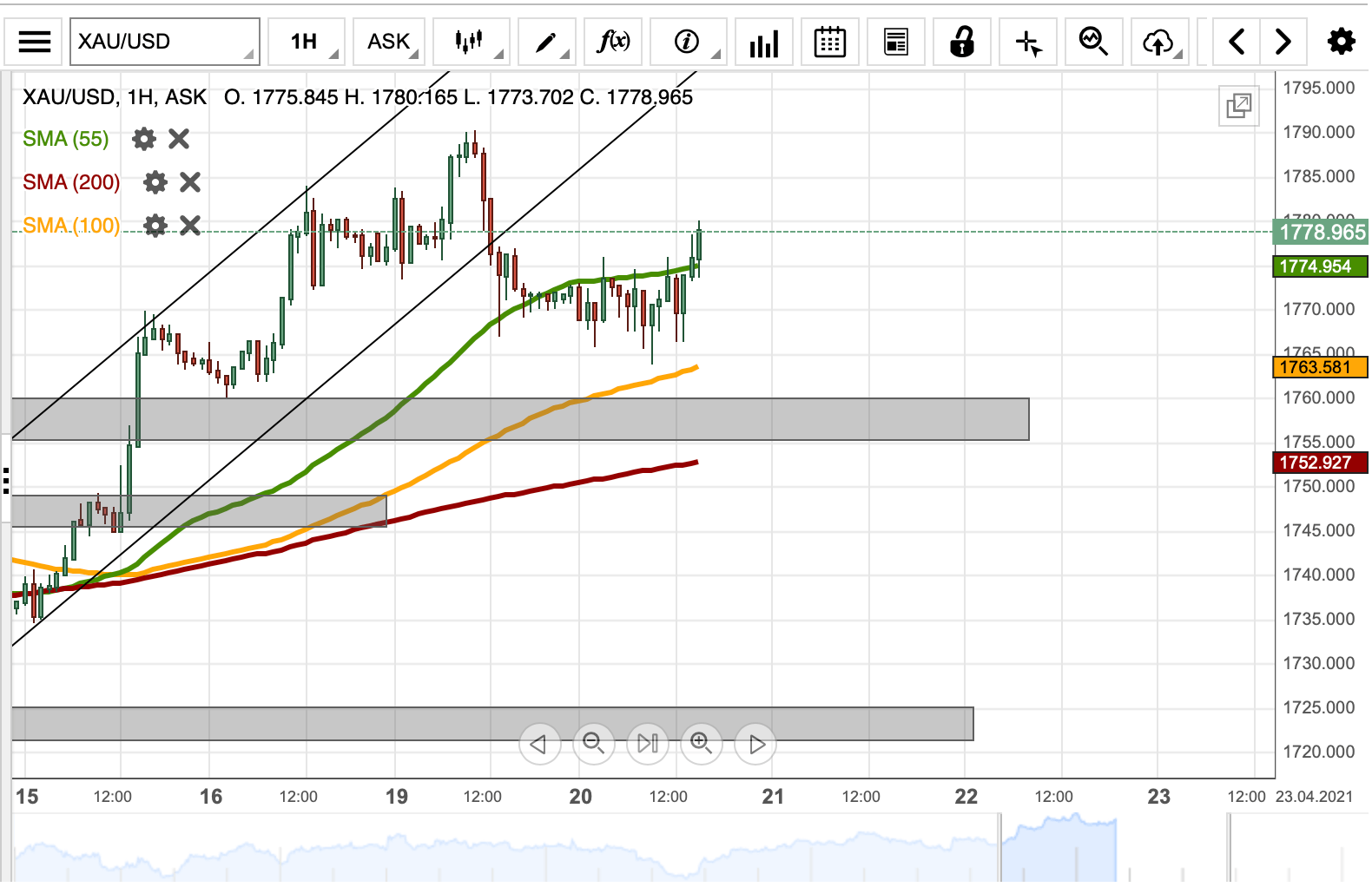 The resistance of the 1,790.00 level was enough for the metal's price to decline and break the ascending channel up pattern, which has guided the rate since April 14. In addition, the price had passed the support of the 55-hour SMA before finding support in the 1,765.00 level.