A sense of positivity is sweeping across financial markets on Tuesday amid signs of progress in trade negotiations and hopes of stimulus in major economies.

Asian markets were mixed during early trading after China's central bank announced a key interest rate reform over the weekend – a move seen supporting economic growth. The mood across European markets is set to improve further on rising optimism about stimulus measures in Germany after Finance Minister Olaf Scholz suggested that Berlin could spend up to €50 billion in an economic crisis.

While stimulus hopes and renewed trade optimism are clearly fuelling global equity bulls, the question is for how long?

The mighty Dollar continues to tighten its grip across currency markets as the Dollar Index (DXY) hit a fresh three-week high at 98.40 on Tuesday.

In regards to the technical picture, the DXY remains bullish on the daily charts. An intraday breakout above 98.50 should inspire a move higher towards 99.00.

Gold bulls are engaged in a fierce battle to defend the $1500 psychological level as investors seek riskier assets.

While the improving market mood has the potential to send the precious metal lower in the near term, the medium to longer term outlook remains bullish. Gold is seen finding ample support from a dovish set of Fed minutes and if Powell signals a September interest rate cut during his speech at Jackson Hole.

In regards to the technical picture, Gold is bullish on the daily charts. Should $1500 prove to be a reliable support, prices are seen rebounding towards $1525 and $1550. A breakdown below $1500 opens the doors towards $1485. 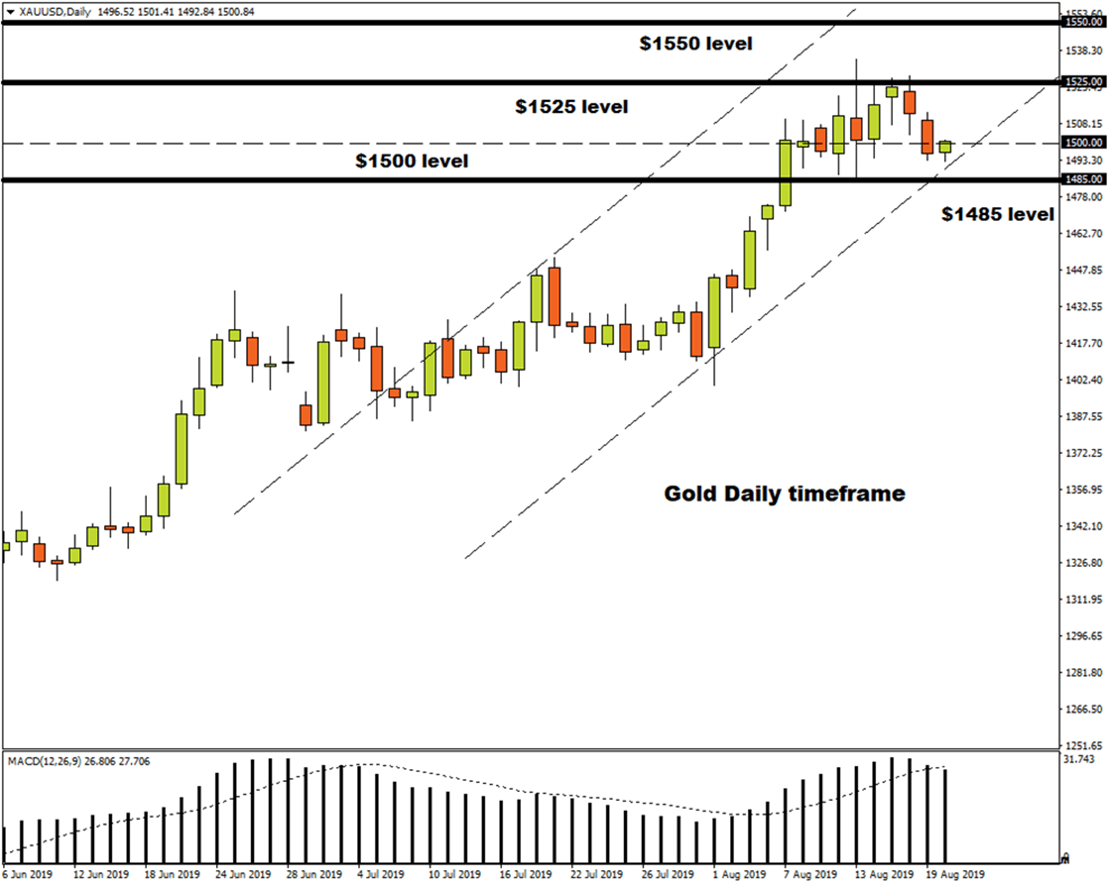