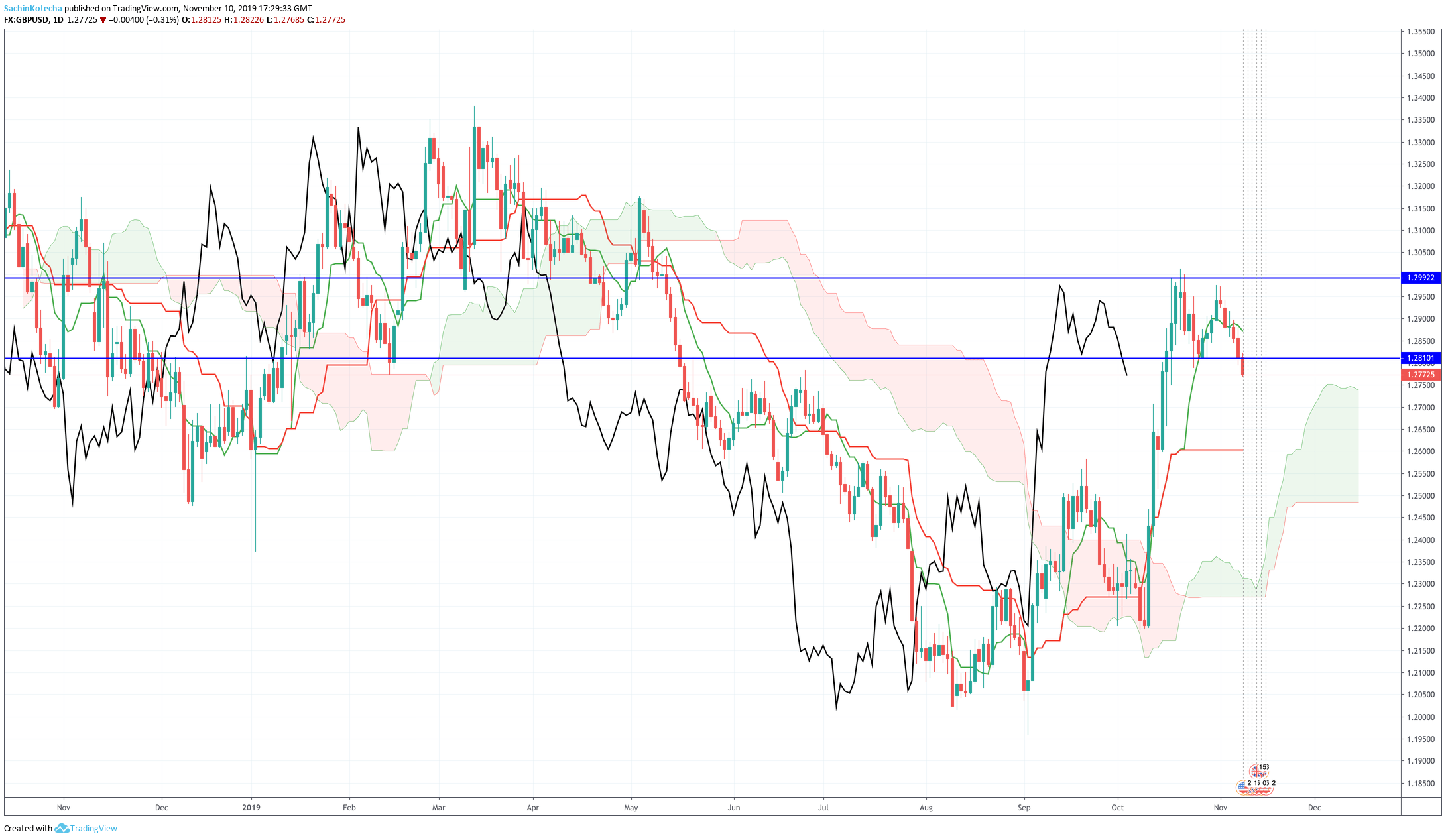 If we look at the daily chart of GBPUSD, we can see the formation of a double top reversal pattern with a resistance level at 1.29922. We can see that on Friday the price broke through the support at price level 1.28101 an indication that the reversal is very likely to continue. Our view on GBPUSD making a downward move is supported by the fact Tenkan Sen is downward sloping indicating that there is selling momentum behind the move. Future Senkou Span A is slowly converging to future Senkou Span B, which gives rise to a bearish Kumo future should the convergence continue. Kijun Sen is flat suggesting we could see some consolidation in the medium term if stronger selling momentum doesn’t build very soon. An aggressive entry on this chart alone would be to take a short position with stop loss 1.29922 and a target of 1.26000 which would correspond to the support level that Kijun Sen provides. 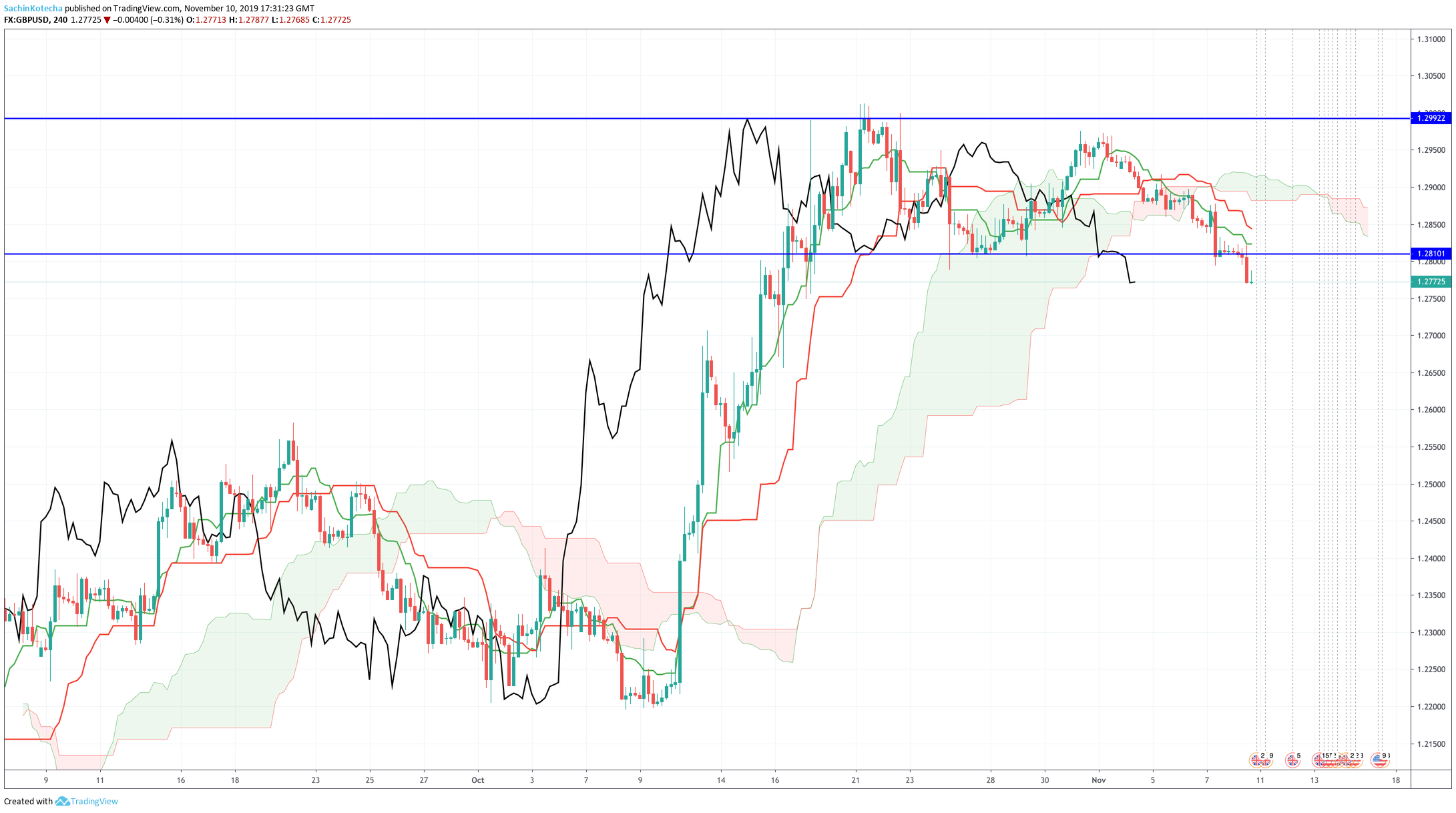 Looking at the 4-hour chart, we can see that the price has broken a critical support level at 1.28101. However, the last 4-hour candle on Friday's session formed a bullish inverted hammer which would suggest we are likely to see some retracement before a downward move is expected. Potentially, we could see an upward movement that tests the previously broken support as a newfound resistance level. Should this resistance level hold we would see a bounce of this level and the downtrend continue. If the price breaks through the resistance at price level 1.28101, then our bearish view would be invalidated. Looking at Tenkan Sen, we can see that it is flat indicating there is no directional bias in the price. Future Senkou Span A is diverging from future Senkou Span B, which is creating a more significant future bearish Kumo. Kijun Sen is downward sloping indicating there is selling momentum behind the move in the medium term, supporting our bearish view. Before the downtrend continues, we are likely to see some consolidation and retracement, which would give a less aggressive entry into the trade.

Information provided by Sachin Kotecha and/or Sach Capital Limited is for illustrative and educational purposes only and is not considered financial advice. Sach Capital Limited can’t be held liable for your trading losses. Sach Capital Limited does not in any way guarantee that this information is free from mistakes or errors. Trading CFDs, Spread Bets, and Foreign Exchange carries a high level of risk to your capital and may not be suitable for everyone. Ensure you fully understand the risks involved and seek independent advice if necessary.