The GBPUSD pair rallied after the relatively strong UK jobs numbers. The data revealed that the number of job vacancies rose to more than 1 million for the first time on record. This happened as the country’s unemployment rate declined to 4.6% in the three months to July. This was relatively lower than the previous 4.7%. More people moved to the workforce as more opportunities came up and economic inactivity fell. This increase was mostly led by young people, who were hit hard during the pandemic. The pair will next react to the latest UK inflation numbers scheduled for Wednesday. Meanwhile, the FTSE 100 declined after the weak trading statement by Ocado and the strong results by JD Sports.

The US dollar index held steady after the latest American consumer inflation data. The numbers showed that the country’s consumer price index (CPI) dropped from 5.4% in July to 5.3% in August. On a month-on-month, the CPI declined from 0.5% to 0.3%. Meanwhile, the core consumer price index dropped from 4.3% to 4.0% in August. These numbers are still above the Federal Reserve’s target of 2.0%. Therefore, with the unemployment rate in the country falling, there is a likelihood that the Fed will maintain a cautious but hawkish stance in its coming meetings. The currency will next react to the upcoming US retail sales data.

The price of crude oil held steady after the latest report by the International Energy Agency (IEA). The report by the France-based organization said that oil demand had declined in the past three consecutive months because of the Covid cases in Asia. Still, the organization expects that demand will rise by about 5.2 million barrels per day this year and by 3.2 million barrels in the coming year. The report came a day after OPEC said that demand will rise to more than 100.8 million barrels per day in 2022. This increase will be higher than where it was before the Covid-19 pandemic.

The FTSE 100 index declined to £7,015 after the strong UK jobs numbers. This decline was likely because investors are now pricing in a more hawkish Bank of England. On the four-hour chart, the index is slightly below the 25-day moving average. It has also formed a bearish flag pattern while the MACD remains below the neutral level. Therefore, the index will likely break out lower, with the next key support level being at £6,990. 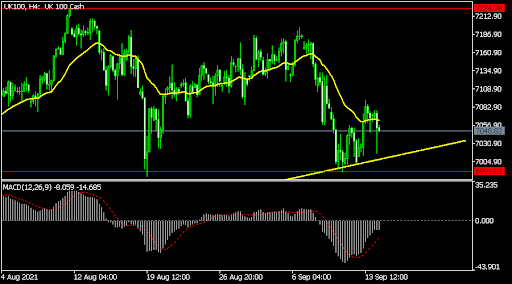 The EURUSD pair was little changed after the latest American inflation data. The pair is trading at 1.1808, which was slightly below the intraday high of 1.1820. On the hourly chart, the pair is along the 25-day moving average. It is also below the 38.2% Fibonacci retracement level. It has also formed a small inverted head and shoulders pattern, which is usually a bullish sign. The pair will likely break out lower in the next few days. 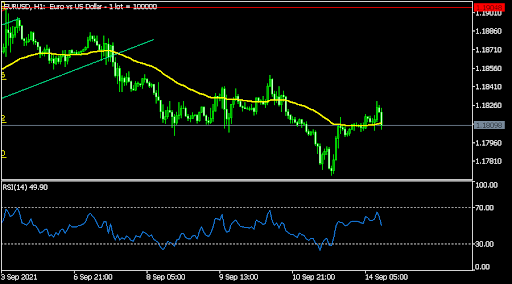 The GBPUSD pair tilted upwards after the relatively strong UK jobs numbers. The pair is slightly below the key resistance level at 1.3890, where it has struggled moving above in the past few days. It is also slightly above the 25-day moving average while the MACD is slightly above the neutral level. Like the EUR/USD pair, it will likely break out higher, with the next key resistance being at 1.3950. 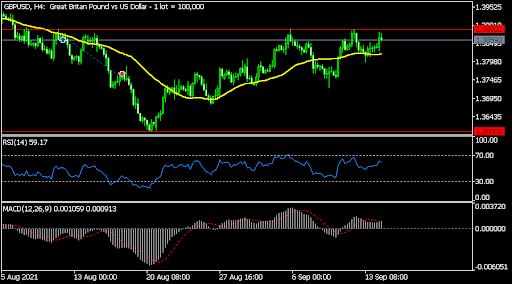