GBPUSD found a strong resistance at the 200-day simple moving average (SMA) currently at 1.3830, where the 50.0% Fibonacci retracement level of the down leg from 1.4248 to 1.3410 also happens to be. The price jumped slightly above the almost five-month-old descending channel but is retreating again in the very short term.

Technically, the RSI indicator is moving sideways in the positive region, suggesting a weakening positive bias. The stochastic oscillator is also sending discouraging signals as it is diving towards the 20 levels, confirming the recent downward move.

Failure to overcome the 200-day SMA could send the price down to the immediate support level of 1.3732, which is the 38.2% Fibonacci level, while not far below, the 40-day SMA may also be closely watched. Lower support could be next found near 1.3650, where the 20-day SMA is currently positioned, while a decisive close below this level could initially test the 23.6% Fibonacci of 1.3608 ahead of the 1.3410 number.

In the medium-term picture, GBPUSD is maintaining a bearish outlook despite the insignificant violation of the downtrend channel. A drop below 1.3410 would endorse the negative outlook, though, a run above the 200-day SMA would shift the view back to neutral. 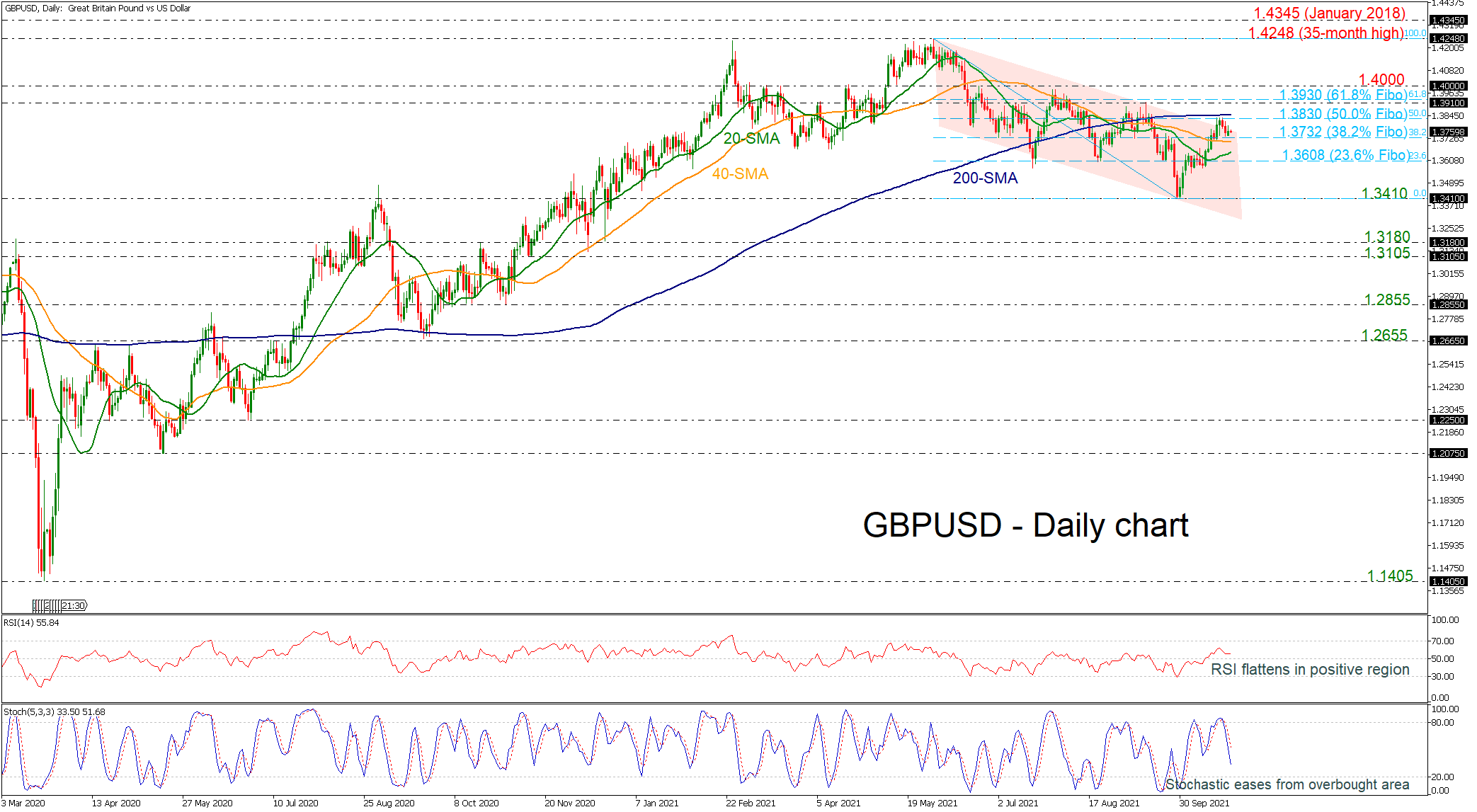