The exit polls for the UK election have suggested that Theresa May will be unable to hold onto her majority in parliament, creating the panic selling in GBPUSD that we have been planning for since Tuesday: https://www.fxstreet.com/analysis/gbpusd-trade-beginning-to-align-for-election-thursday-201706061411 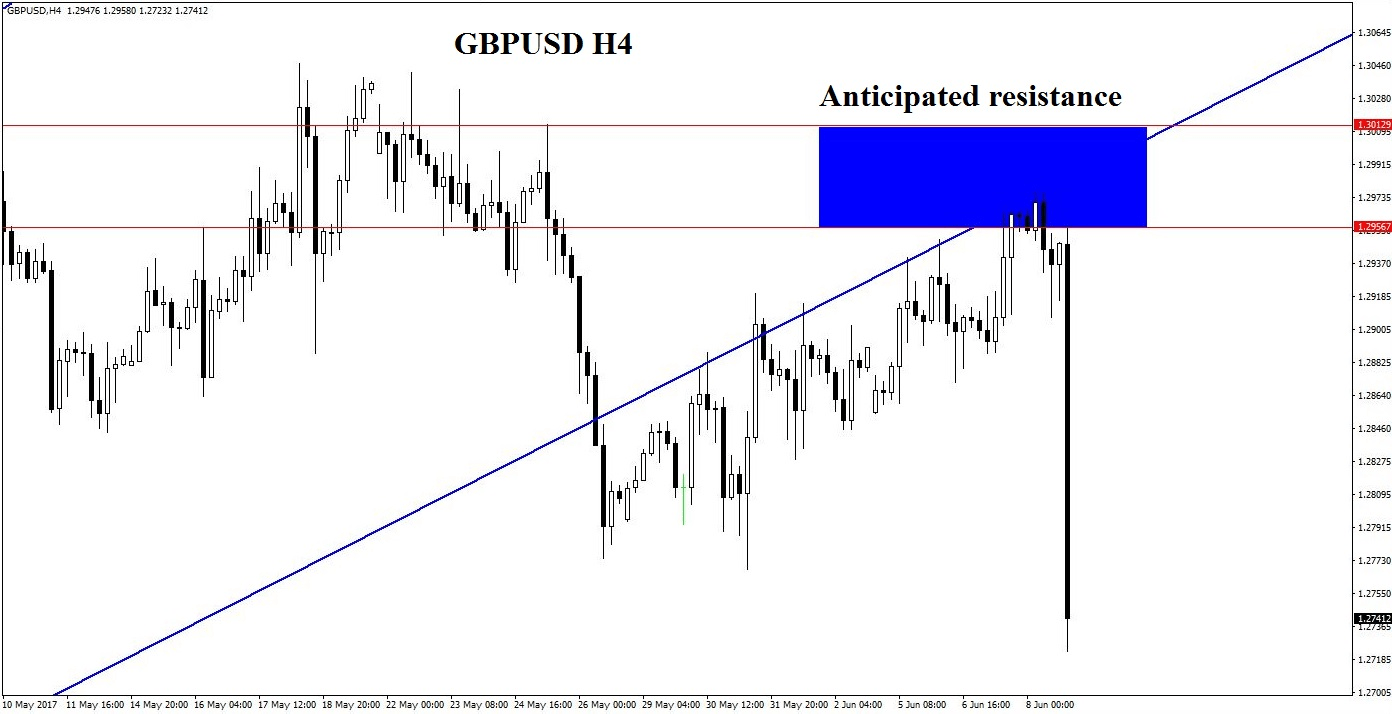 RISK DISCLOSURE: Trading foreign exchange (FX) and contracts for difference (CFD) on margin carries a high level of risk and may not be suitable for all investors. The high degree of leverage can work against you as well as for you. Before deciding to invest in FX or CFDs you should carefully consider your investment objectives, level of experience and risk appetite. The possibility exists that you could sustain a loss of some or all of your initial investment and therefore you should not invest money that you cannot afford to lose. You should be aware of all the risks associated with leveraged trading and seek advice from an independent financial advisor if you have any doubts.

The gold price has lost some bullish support of late as the US dollar moves higher, ending the last quarter on the front foot as a relatively illiquid market sees exaggerated moves adding to the upside support.

If the first day of April is a taste of what's to come, it will be a very rocky second quarter. After falling more than 24% between January and March, the Dow Jones Industrial Average plunged opened down more than -700 points.