GBPJPY stabilized around the 61.8% Fibonacci retracement level of the 147.94-124.00 downleg after closing above a symmetrical triangle.

The cautious mood in the price is also reflected in momentum indicators as the RSI and the Stochastics are weakening after peaking in the overbought area, while the MACD seems to be losing steam above its red signal line.

That said, the rising 20-day simple moving average (SMA), which is heading for a bullish crossover up through the longer-term 200-day SMA, boosts optimism that the market could see further trend improvement once the lines intersect.

Technically, for that to happen, the price should close above the 61.8% Fibonacci of 138.80 and speed up towards the 140.85 key barrier, which acted both as support and resistance earlier this year. Climbing that border, the bullish action could halt near 144.55 before touching the 146.00 level.

On the downside, the upper surface of the triangle could calm selling pressure with the help of the 20-day SMA and the 50% Fibonacci of 135.97. In case it fail to do so, the bears may drive towards the 133.94 support, a break of which could open the door for June’s lows registered around 131.74. A violation at this point would disturb the four-month upward pattern, shifting the outlook from bullish to neutral.

In brief, GBPJPY could trade cautiously in the short-term, though improving trend signals suggest that any potential downside correction may be temporary. 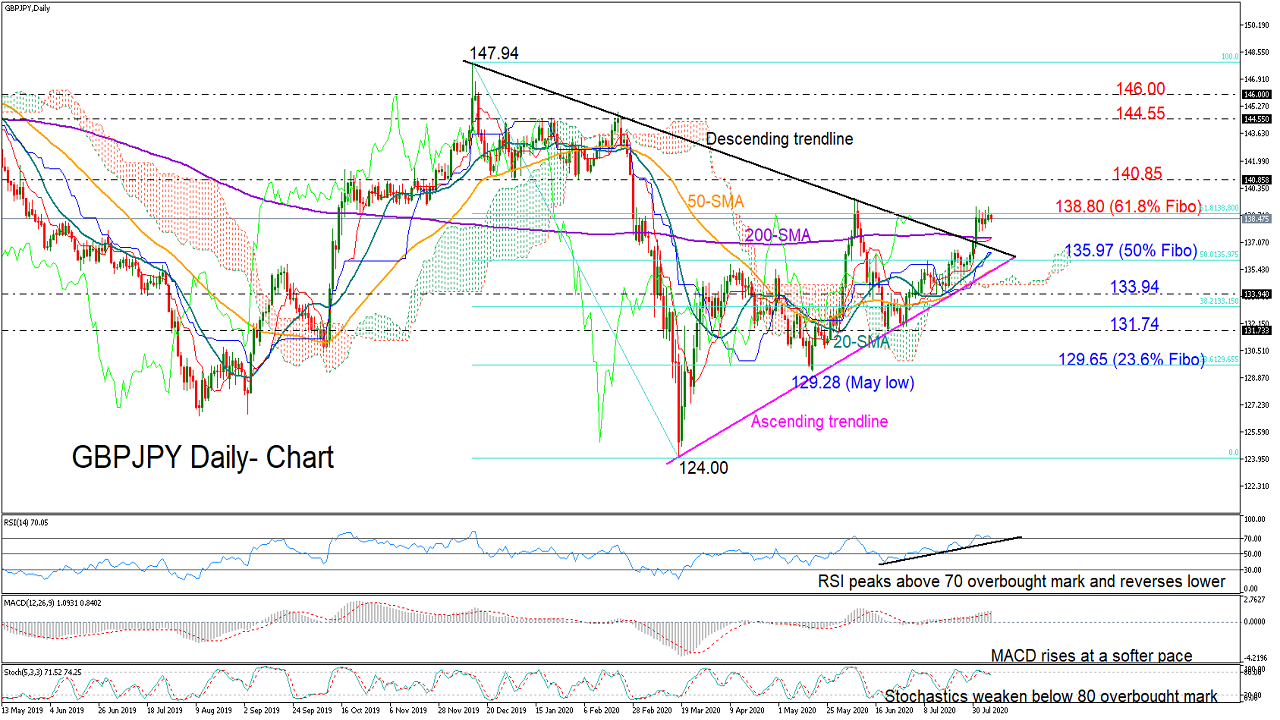