I wrote last Thursday that it seemed less likely that the price would rise again today, although there was definitely a medium to long-term bullish trend in the Pound. We may require a retracement, and in any case, the Dollar may strengthen if the U.S. GDP data is especially positive when it is released later.

This was a good call as the Pound, despite the strong recent bullishness and new highs in this pair, was unable to rise, and traded down gently towards the 1.3250 area over the course of that day. The price continued to fall on Friday and has now reached relatively close to the nearest support at 1.3161. Despite the sell-off, there are still reasons to be confident in taking a bullish bias here once the price begins to rise strongly again, provided that the support level at 1.3161 continues to hold. I would take a bullish bias here is the price is trading above 1.3300 at 9am London time. However, I think a further gentle fall or a consolidation period are more likely outcomes. 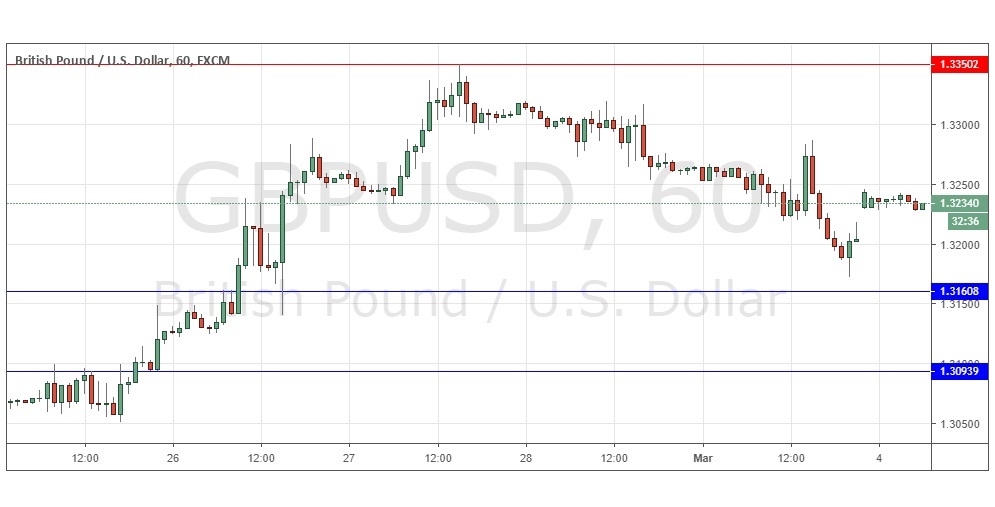 There is nothing of high importance due today concerning either the GBP or the USD.