I wrote last Thursday that there were some signs of the price finding support and if we saw a strong rise of at least 40 pips between 8am and 9am London time, I would expect a further rise to at least 1.3100. Such a rise did occur, but the price failed to rise really any further over the following hours before selling off again, so this wasn’t a particularly good call, although there were a few hours where it was possible to get out without incurring much of a loss or any loss at all.

The price action looks very dead right now, with the Euro more in the spotlight at present. The action is still generally bullish but unpredictable as the fight over the terms of Brexit continues with no resolution. It now seems that there will be no vote in the British Parliament until 12th March meaning that the pro-EU ministers may resign and make a move before that, which could send the Pound higher if it looks like there is a chance it could derail Brexit.

I have no directional bias on this pair and await political developments. 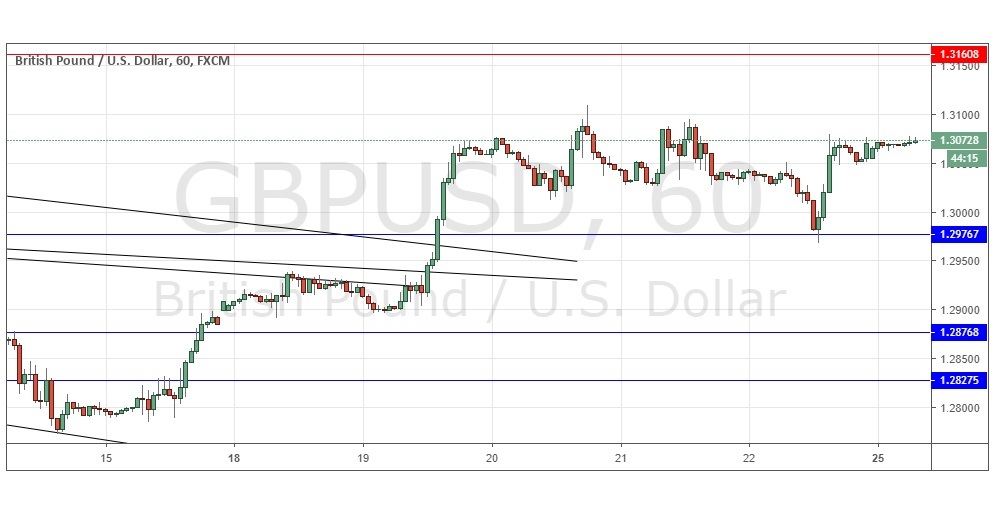 There is nothing of high importance due today regarding the USD. Concerning the GBP, the Governor of the Bank of England will be holding a Press Conference at 10am London time.