Yesterday’s signals produced a losing long trade from the bullish bounce at the support level identified at 1.2930.

I wrote yesterday that the picture remained bearish, but the price was very close to key support at 1.2930 which was likely to be the day’s pivotal level. I would take a bearish bias if the price was below 1.2930 at 9am London time as there was no support for a long way below that, so we could expect the price to fall further.

This was a good call as 1.2930 was and remains the pivotal level for this pair. It has continued to hold but there is a lot of weight pressing down. It is likely to hold until the Bank of England’s release due later which will probably give some direction. A break below 1.2930 which holds after the release is likely to lead to still lower prices, though the terms of Brexit remains the key driver here. 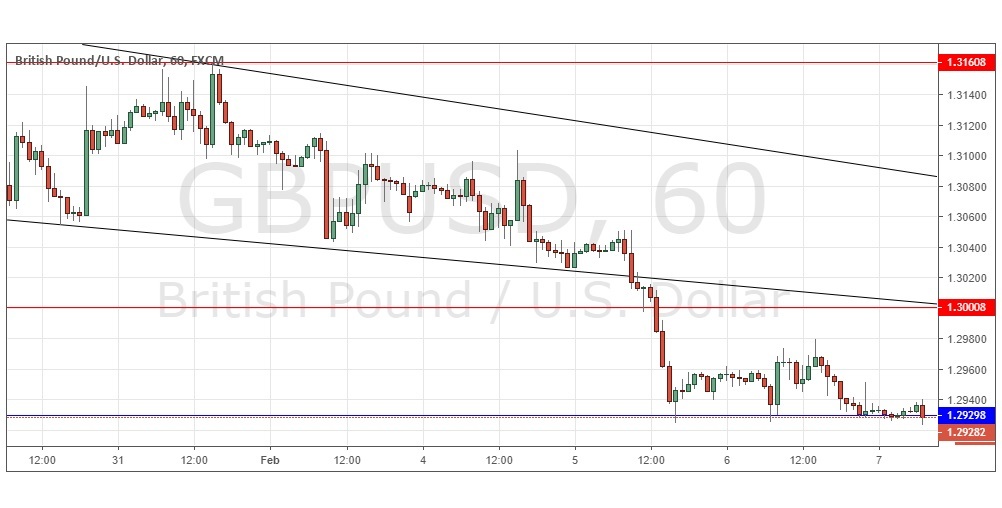 There is nothing of high importance due today regarding the USD. Concerning the GBP, the Bank of England will release its Inflation Report, Monetary Policy, Official Bank Rate & Votes at Noon London time.