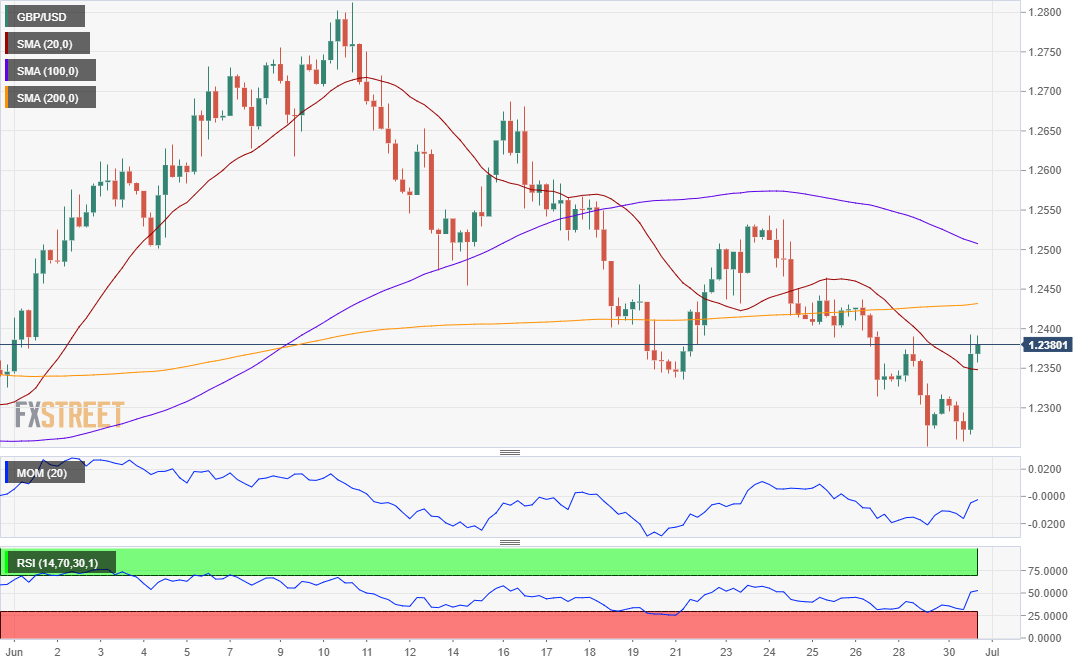 The GBP/USD pair recovered some ground after reaching a monthly low on Monday, ending the day around the 1.2380 level. The advance was pure dollar’s weakness, as UK data was worse than expected while Brexit talks were tense. The UK Q1 GDP was revised to -2.2% from 2.0%, while Business Investment in the same quarter was down by 0.3%. The Current Account in the three months to March posted a deficit of £-21.1 B much worse than the expected £-15.

Also, EU’s chief negotiator Michel Barnier accused the UK of making unacceptable demands on financial services, saying that the kingdom is trying to secure “easy” access to the bloc’s single market. His comments indicate that no progress has been made in Brexit talks. Meanwhile, UK PM Johnson announced plans to revive the UK’s economy, pledging to solve social care issues and educational inequality, while supporting local companies.  The UK macroeconomic calendar will have little to offer this Wednesday.

The GBP/USD pair is trading just above a still bearish 20 SMA, although below the larger ones, in its 4-hour chart. Technical indicators have recovered from oversold readings but lost bullish strength after reaching their midlines, somehow suggesting a limited buying interest. The pair has struggled around the 200 SMA before falling, which currently stands at 1.2425. The level is the immediate resistance, and bulls could feel a bit more confident once beyond it.